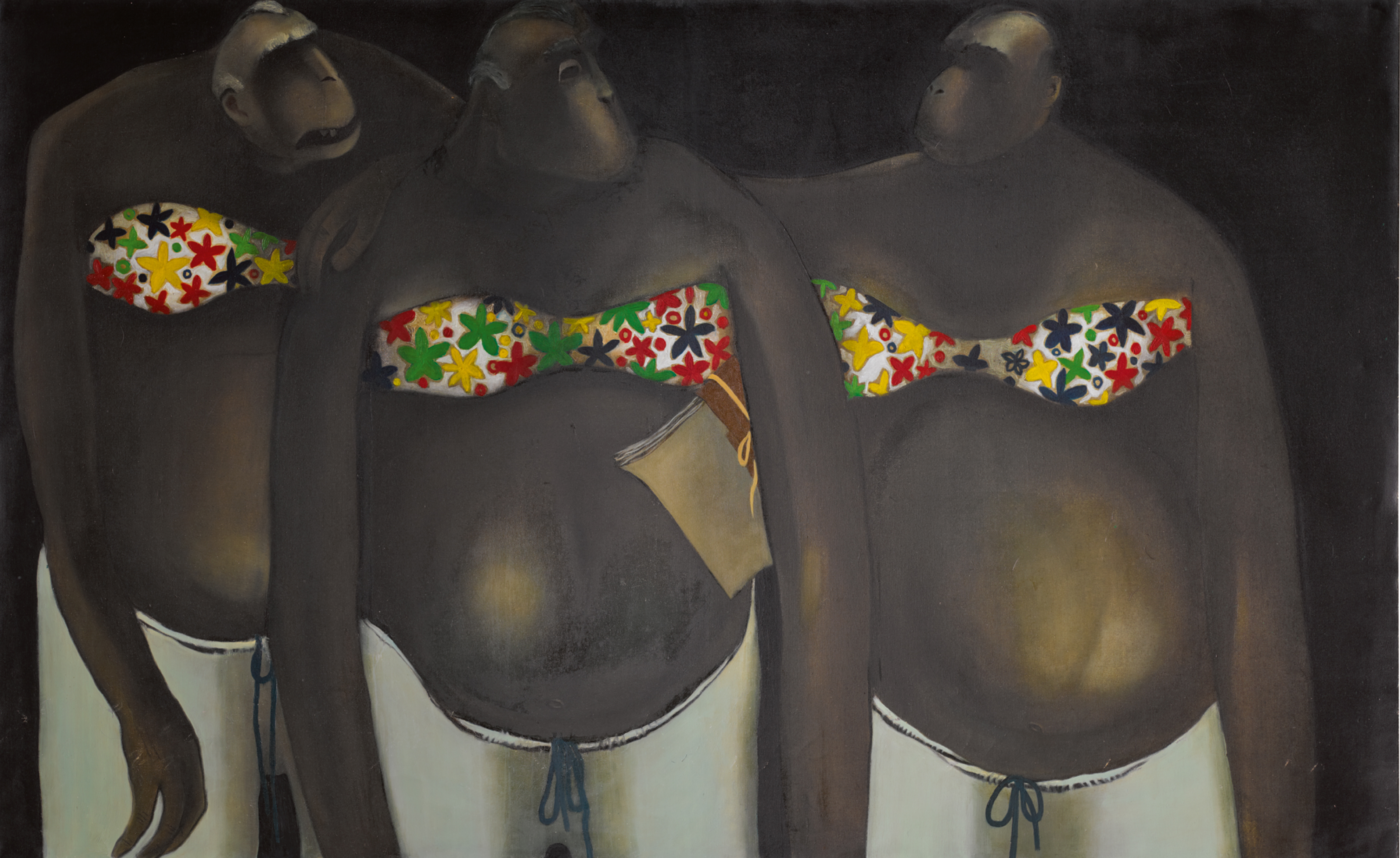 ‘In The Same Old Story, Broota depicts the bodies of the ape-man in their expended corporeality, having grown breasts that are highlighted by colourful brassieres and knickers that have slipped below their protruding bellies. Both comic and tragic at the same time, these were telling images of a nation, fighting internal demons and not ones from the outside.’ (R. Karode, ‘Ape/Man,’ Rameshwar Broota: Interrogating the Male Body, Kiran Nadar Museum of Art, New Delhi, 2015, p. 41) The three men occupy this huge canvas in its entirety against a neutral background which accentuates their presence. Satire is ripe in this composition, perhaps the artist's way of dealing with the sad human condition around him in post independent India, amidst a culture of corruption and baboo social stratification.

‘He [Broota] was probably one amongst a few artists, who arrived at social satire for an indirect representation of socio-political narratives with a comic-tragic evocation saturating his canvases with bright colours.’ (ibid)