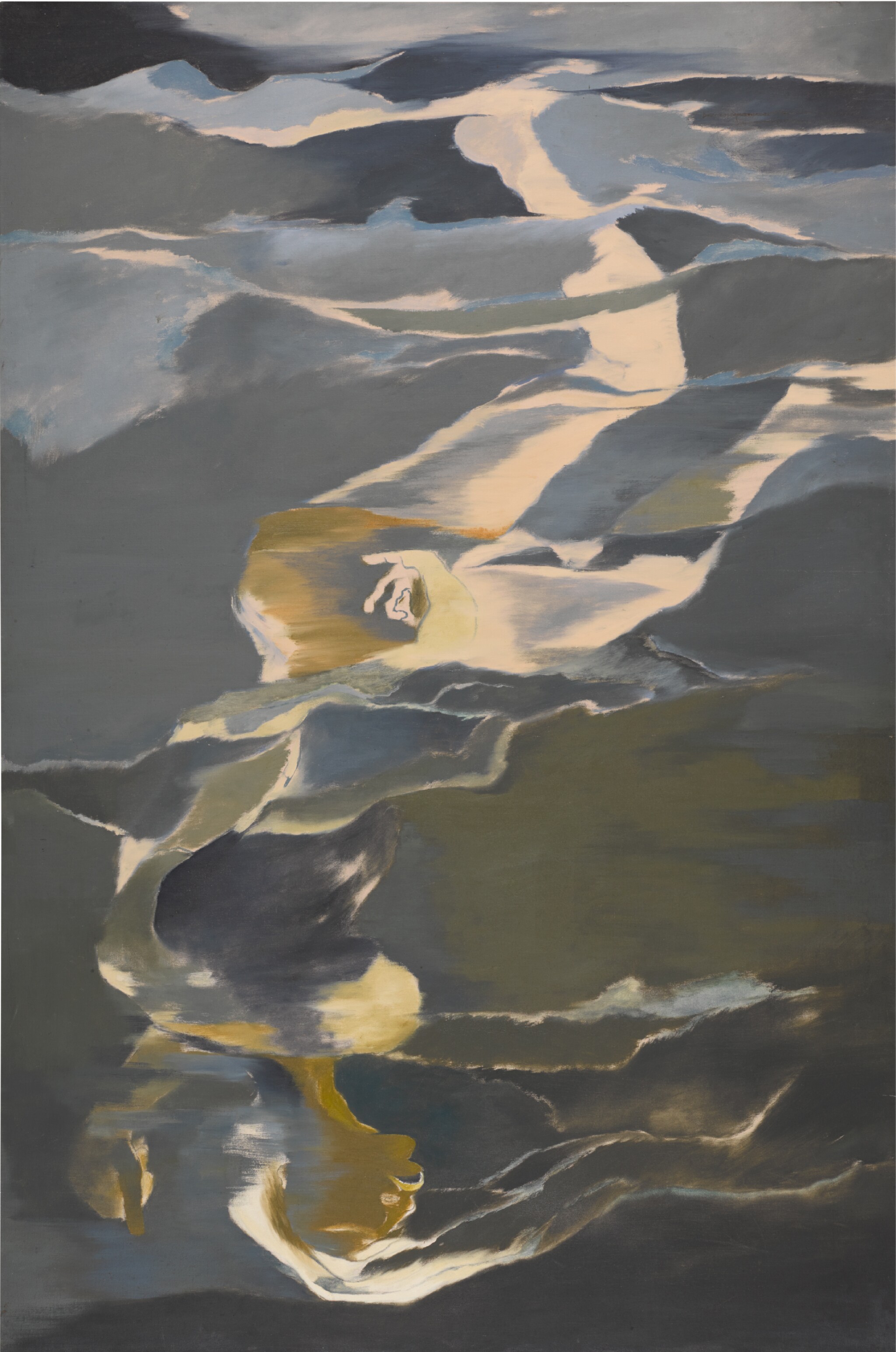 Born in 1925 in Lyalpur, Punjab, Krishen Khanna is one of South Asia’s most eminent modern masters. Having worked in banking for fourteen years, Khanna is mostly self-taught, and took up this profession full-time only in his late thirties. Having emigrated with his family from Pakistan to India just days before Partition, Khanna befriended members of the Progressive Artists’ Group while living and working in Bombay. Faithful to painting and drawing throughout his career, Khanna’s work is primarily figurative, and forms, according to Gayatri Sinha, a ‘powerful psychological engagement’ with ‘the shifting and unfolding theatre of human relationships.’ (G. Sinha, Krishen Khanna: The Embrace of Love, Mapin Publishing Pvt. Ltd., Ahmedabad, 2005, p.6)

The present work forms part of Krishen Khanna’s early 1970s series, Concerning a Drowned Girl. The artist began his career in the 1940s and his early works were defined by ‘the sunny warm palette of childhood evocations… [and the] heat of the Madras sun’. (G. Sinha, Krishen Khanna: The Embrace of Love, Mapin Publishing, Ahmedabad, 2005, p. 36) By contrast, his later works were dominated by a sombre palette and dark subject matter, often centring on the theme of loss.

The Concerning a Drowned Girl series was inspired by a haunting poem about Rosa Luxemburg by Bertolt Brecht, in which a girl is described slowly descending into the sea. The artist notes the power that poetry had on his artistic practice, “Literary images and lines from poems would insist on taking form in drawings and paintings.” (K. Khanna quoted in G. Sinha, Krishen Khanna: A Critical Biography, Vadehra Publishing, New Delhi, 2001, pp. 110-112) In the current work, the girl’s white and ochre form is still visible against the blues and greys of the sea. Her contorted hand is the most defined part of her figure and remains a focus in the painting. There is nonetheless a sense that the girl is slowly becoming part of the sea into which she sinks. This is primarily felt through the girl’s hair which echoes the flow of the water and the way in which the form of her body has been fractured by the current which flows over her.

"I had read some poems by Brecht which I found moving. There was one called Concerning a drowned girl. The imagery was graphic and incisive and sufficiently persistent and inspired me to paint the girl in different stages of decay. I painted her, or bits of her, going down in a vortex. Somehow I found it too beautiful and tasteful and not at all commensurate with the tragic figure in the poem. I painted another. This time the figure was delineated by a series of lines which got absorbed by a broad and active brush. Not bad but still lacking the poignancy of the poem. I tried to tell myself that it was futile to reconcile poetic truth with the truth of painting. How could I or anyone paint the line which gives moral coherence to the whole poem. 'And one day God forgot her. And she was carrion with carrion in the water.'" (K. Khanna quoted in C. Singh, 'Looking beyond his canvas: Krishen Khanna', The India Magazine, Volume 4, Number 10, September 1984, p. 19)

This painting is consistent with many other works by Khanna in terms of its engagement with identity and politics. It can be read as a commentary on the second-class status of women in independent India and a metaphor for the ills afflicting Indian society more generally, despite the much-vaunted ideals of Nehruvian socialism. In spite of its doleful iconography, the work is beautiful and ethereal.