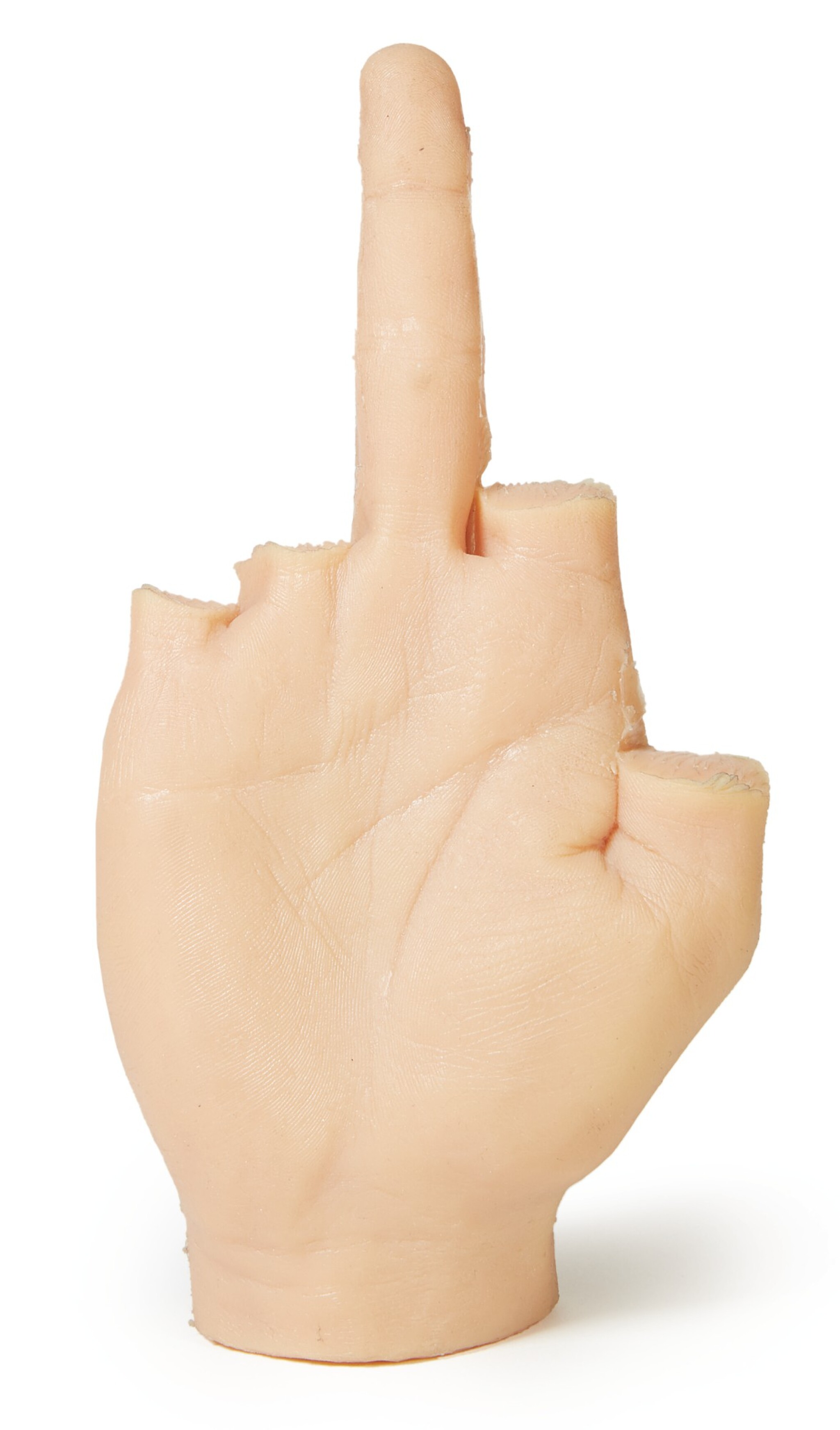 The History of Now: The Collection of David Teiger | Sold to Benefit Teiger Foundation for the Support of Contemporary Art

Polyurethane rubber multiple, 2009, signed in ink on the Certificate of Authenticity and numbered 1/80 (total edition includes 20 artist's proofs), accompanied by a pedestal

The multiple is in good condition. (Minor surface soiling, mainly at edges.)

Acquired from the above by David Teiger in October 2009

Maurizio Cattelan’s sardonic wit and subversive sense of humor has earned him the reputation as the court jester of the contemporary artworld. This distinction is evident when looking at Cattelan’s Untitled from 2009, a cast of a hand which appears to be giving the middle finger to the viewer. The work was created in an edition of 80, one of which was hung upside down from a chandelier in the Surrealist galleries of the Menil Collection in Houston during an exhibition of the artist’s work in 2010.

The most notorious manifestation of this subject was the temporary public sculpture L.O.V.E., which was unveiled after much public debate in 2010 in Milan’s Piazza Affari in front of the Italian stock exchange. The power of the gesture in both Untitled and L.O.V.E. is made all the more potent when one realizes that the other fingers have been cut off. According to Diana Kamin, “By forcefully removing these fingers, Cattelan disarms an authoritarian symbol, the Fascist salute, in favor of apolitical irreverence, the middle finger.” While many viewed the 36 foot tall work as a criticism of the bankers who helped precipitate the global recession, Cattelan has said that the work is more about imagination, stating “Officially its name is L.O.V.E. - so its stands for love - but everyone can read between the lines and take away the message they see for themselves.”