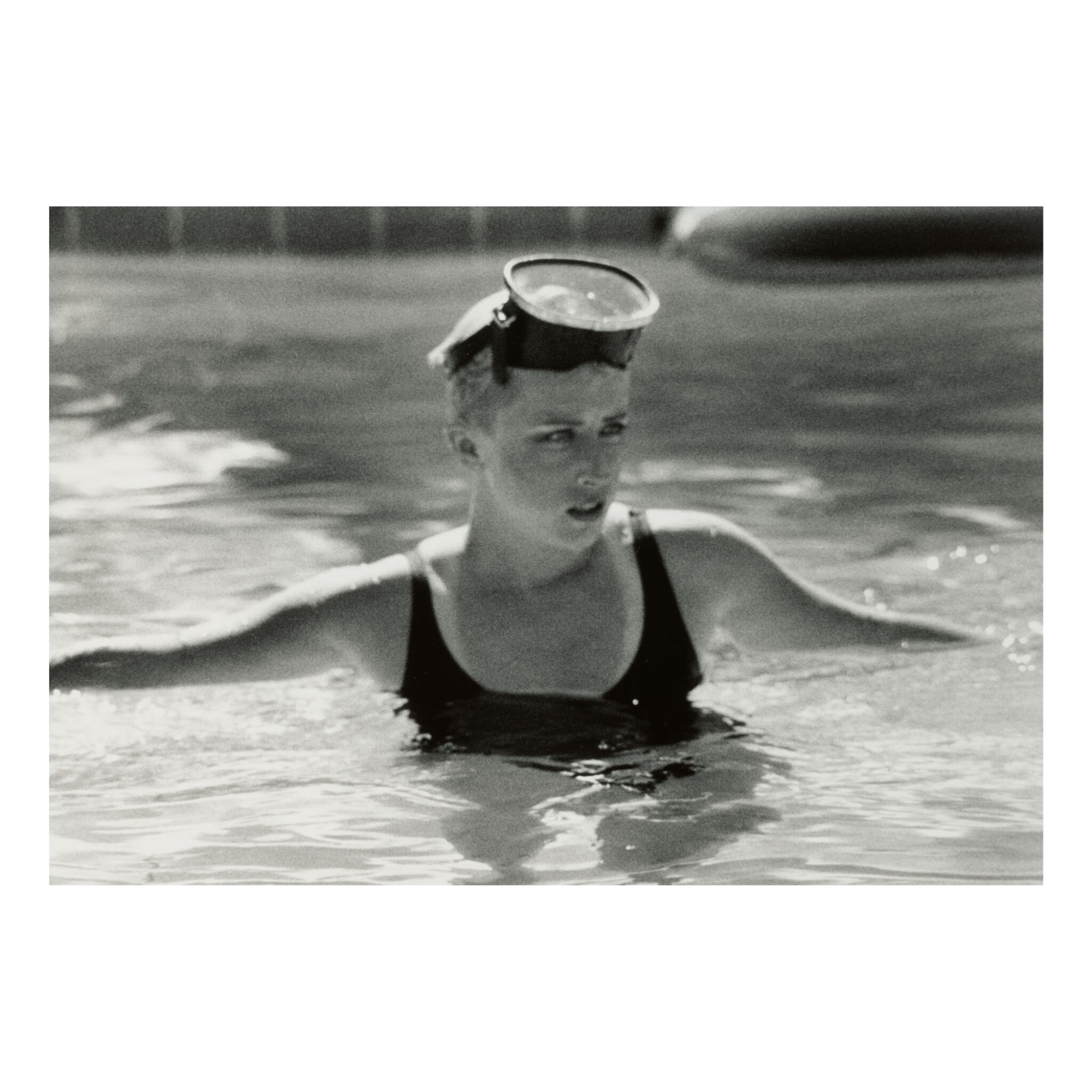 This photograph, on double-weight paper with a surface sheen, is in generally excellent condition. There is a tiny gray deposit of indeterminate nature, possibly graphite, in the left corner of the upper margin.

On the reverse, '3 [circled]' is written in pencil.

Nearly forty years have passed since Cindy Sherman completed her ground-breaking series Untitled Film Stills (1977-1980), comprised of 70 images of the artist dressed in various female guises (see also Lot 71). Curator Amanda Cruz has declared, ‘Those small black-and-white photographs of Sherman impersonating various female character types from old B movies and film noir spoke to a generation of baby boomer women who had grown up absorbing those glamorous images at home on their televisions, taking such portrayals as cues for their future’ (Cindy Sherman: Retrospective, p. 1).

In the summer of 1977, Sherman saw a story board of photographs related to a commercial project in the studio of her friend David Salle: ‘. . . It was hard to figure out what was going on in any of them, they were totally ambiguous and I just loved that. This kind of imagery would solve my problem of trying to imply a story without involving other people, just suggesting them outside the frame. . .’ (The Complete Untitled Film Stills, p. 6). The deliberate open-endedness of each Sherman Film Still gestures toward a rough narrative outline, but never actually delivers a specific plot line. Sherman has admitted that she did not title these photographs since it would have ruined their ambiguity. Their ‘untitled’ status gives each viewer license to embrace any allusion they may find in the pictures, be it flashbacks to scenes from mid-century movies or promotional film stills of celebrities.

Untitled Film Still #45 depicts a public space. ‘Some of the women in the outdoor shots could be alone, or being watched or followed,’ Sherman has explained. ‘The shots I would choose were always the ones in-between the action. These women are on their way to wherever the action is (or to their doom). . . or have just come from a confrontation (or a tryst)’ (ibid., p. 8). Perhaps this pool scenario captures a starlet stalked by a paparazzo wielding a telephoto lens; or maybe an aspiring actress cools off in the pool of her Los Angeles apartment complex. In reality, the making of this image was simple and uncomplicated. Sherman shot Untitled Film Still #45 during a family vacation in Arizona. While relaxing at a pool, she had given her camera to her niece to take some photographs of Sherman posing in the water. Rather than feeling too theatrical or fussy, the casualness of this Film Still makes it eerily believable.

Complete sets of Sherman’s Untitled Film Stills are in the collections of The Museum of Modern Art and The Whitney Museum of American Art, both in New York. Each image is printed in an edition of 10 on 8-by-10 inch paper, a sheet size deliberately chosen by Sherman since it has the same dimensions as real-world film stills.