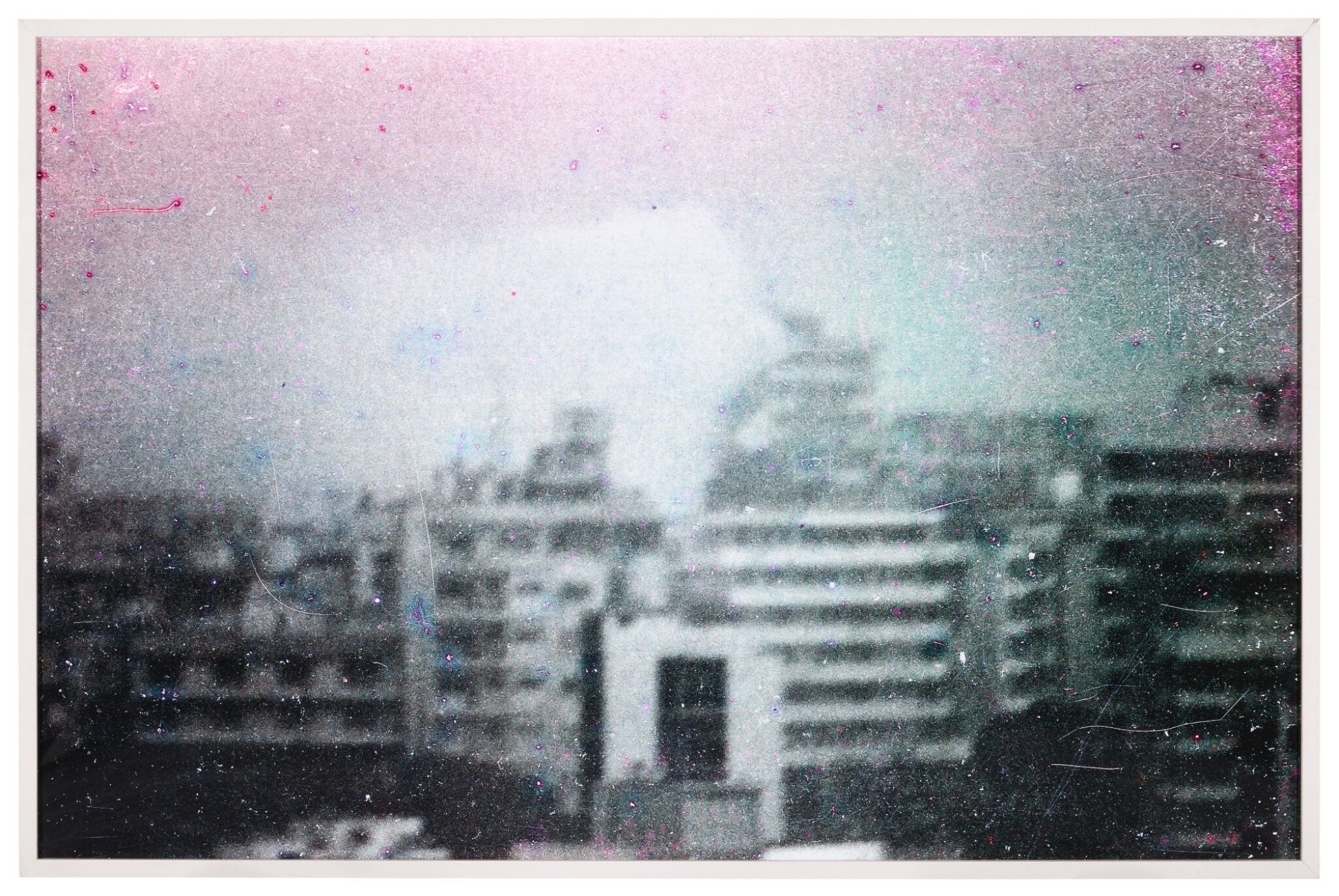 WE DECIDED TO LET THEM SAY, “WE ARE CONVINCED,” TWICE_CITY_IV

The colour in the printed catalogue is fairly accurate, although the overall tonality is slightly lighter and brighter in the original.

This work is in very good condition. Any scratches or surface irregularity that appears are inherent to the artist's working process.

New York, Paula Cooper Gallery, Walid Raad, We Decided to Let Them Say "We are Convinced" Twice (It was More Convincing this Way), February - March 2007 (ed. no. unknown)

In 1998, Raad began performing lectures in which he presented the invented findings of The Atlas Group in an effort to question the authority and reliability of documentation and memory in constructing historical narratives. Continuing in this vein, the photographs included in this series “function not as emblems of fact or scraps of evidence to support the assertions of history, but rather as traces, as symptoms, as strange structural links between history, memory, and fantasy” in the words of art writer Kaelen Wilson-Goldie (Kaelen Wilson-Goldie, ‘Walid Raad: The Atlas Group Opens its Archives’, Fall 2004, Bidoun, online). The discolouration and creases seen in Untitled, Bey82 Artillery I reinforce the sense of authenticity of the photograph and emphasises the paradoxical nature of Raad’s artistic practice in its investigation of the relationship between photographic and video documentation and memory. Coupled with hazy scenes like Untitled (Bey_City_IV), which depicts a city touched by violence, these images of weaponry and destruction remind the viewer that the artist’s experience of trauma has directly shaped his work. These are works based on historic events and rooted in facts, “but as he says, there are different kinds of facts,” writes Eva Respini, Chief Curator at the Institute of Contemporary Art, Boston. “Some facts tend to be historical. Some facts are emotional. And some facts are aesthetic. An artwork is an interesting instance in which one may be able to maintain all these facts in their continuum and their complexity” (Eva Respini cited in: ‘Q+A: Eva Respini on Walid Raad’, February 2016, Institute of Contemporary Art/ Boston, online).

Widely collected and internationally exhibited, the complete series is held in the permanent collection of The Centre Pompidou in Paris, and has been shown at the Paula Cooper Gallery in New York in 2007 and at the Museum of Modern Art in 2016 to name a few. By challenging the historic dependency on and the media manipulation of the truth, the works of Walid Raad/The Atlas Group are particularly affecting given the tempestuous political climate of today.