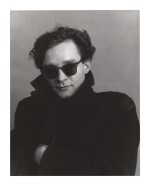 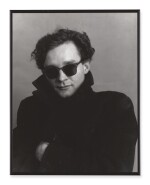 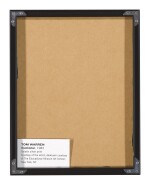 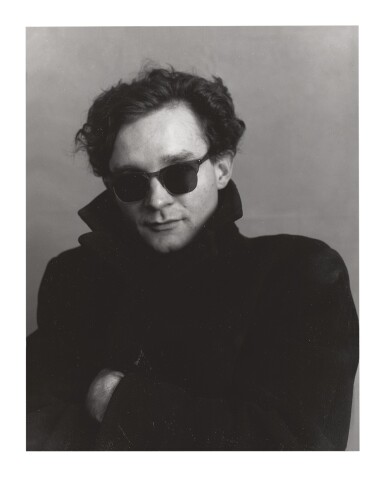 stamped with the artist’s studio name on the reverse

Executed in 1983, this work is unique aside from one artist’s proof. This work was hand printed by the artist in 2004 for the New Museum’s East Village USA exhibition.

This work is in excellent condition overall. There are no apparent surface scratches or accretions. Framed under Plexiglas.

Of the many artistic movements that flourished in 1980s New York, one of the most visible remains graffiti and street art. While artists like Jean-Michel Basquiat and Keith Haring are regarded as the epitome of this movement today, they would not have been able to make their art without the vibrant constellation of graffiti writers and street artists who tagged the streets and subway cars of the city in the 1970s.

The roots of the modern graffiti movement began in the early 1970s when New York city was in the throes of the national economic recession. Abandoned by local and federal governments buckling under financial pressures, teenagers from economically depressed areas of the city used spray paint to tag their monikers onto city walls and subway cars. The subway cars became exquisite canvases where the young graffiti writers like Daze, Crash, Futura 2000 and others could find glory in going “all-city”, having their tags appear throughout all areas of the city. Each honed individual styles and expressions. While many in the city government and mainstream society dismissed these tags as vandalism or the work of violent gangs, the avant-garde art scene centered in Downtown Manhattan became interested in the raw expressiveness and conceptual power of the ever-changing tableaus on subway exteriors.

In the summer of 1980, street art gallery Fashion Moda, founded in the South Bronx in 1978, and Collab, a collective of Lower East Side artists, staged the now famous “The Times Square Show”, which was the first exhibition to showcase graffiti writers alongside the Downtown “New Wave” avant-garde, becoming “the first radical art show of the eighties,” according to the Village Voice. The following year, Downtown personality Patti Astor opened the Fun Gallery, inviting graffiti writers to paint on canvases, bringing the art of the streets into the context of the traditional, albeit, funky gallery world. In this rich creative milieu, artist Richard Hambleton blended the punk aesthetic of “New Wave” cool with street art tactics to create his infamous “Shadowman” series, confrontational figures painted on the walls of the Lower East Side. In these early years of the 1980s, exhibitions like “New York/New Wave” at PS1 in Queens curated by Diego Cortez and various artist-organized exhibitions at the Mudd Club, a hot spot for artists, cemented a link between the graffiti writers and “New Wave” artists.

The allure of graffiti expanded beyond gallery walls. In 1981, artist and night-life personality Fab Five Freddie introduced Debbie Harry, the front woman for Blondie, to graffiti and hip-hop culture. In Blondie’s single “Rapture”, which aired on MTV, Harry incorporated rapping into the song and featured Fab 5 and the artist Lee Quiñones tagging a wall in the video. Shortly thereafter, two important films Style Wars and Wild Style brought graffiti writing to a massive audience. During this time, FUTURA 2000 toured with The Clash, creating live paintings during the band’s sets, effectively linking punk and hip-hop. Taken together, these cultural moments helped to jetisen graffiti and hip-hop cultural to an international audience.

The following thematic section is titled “New Wave/New York”, in honor of the 1981 PS 1 exhibition, which effectively captured the zeitgeist of the New York artworld at that time, launching Basquiat’s career and showcasing graffitied canvases by CRASH, Fab Five and Futura to a broader public. Taken together, the works included in this section epitomize the moment when Uptown graffiti writers and “New Wave” downtown artists represented the vanguard of international art, fashion, music and film. Their influence continues today.