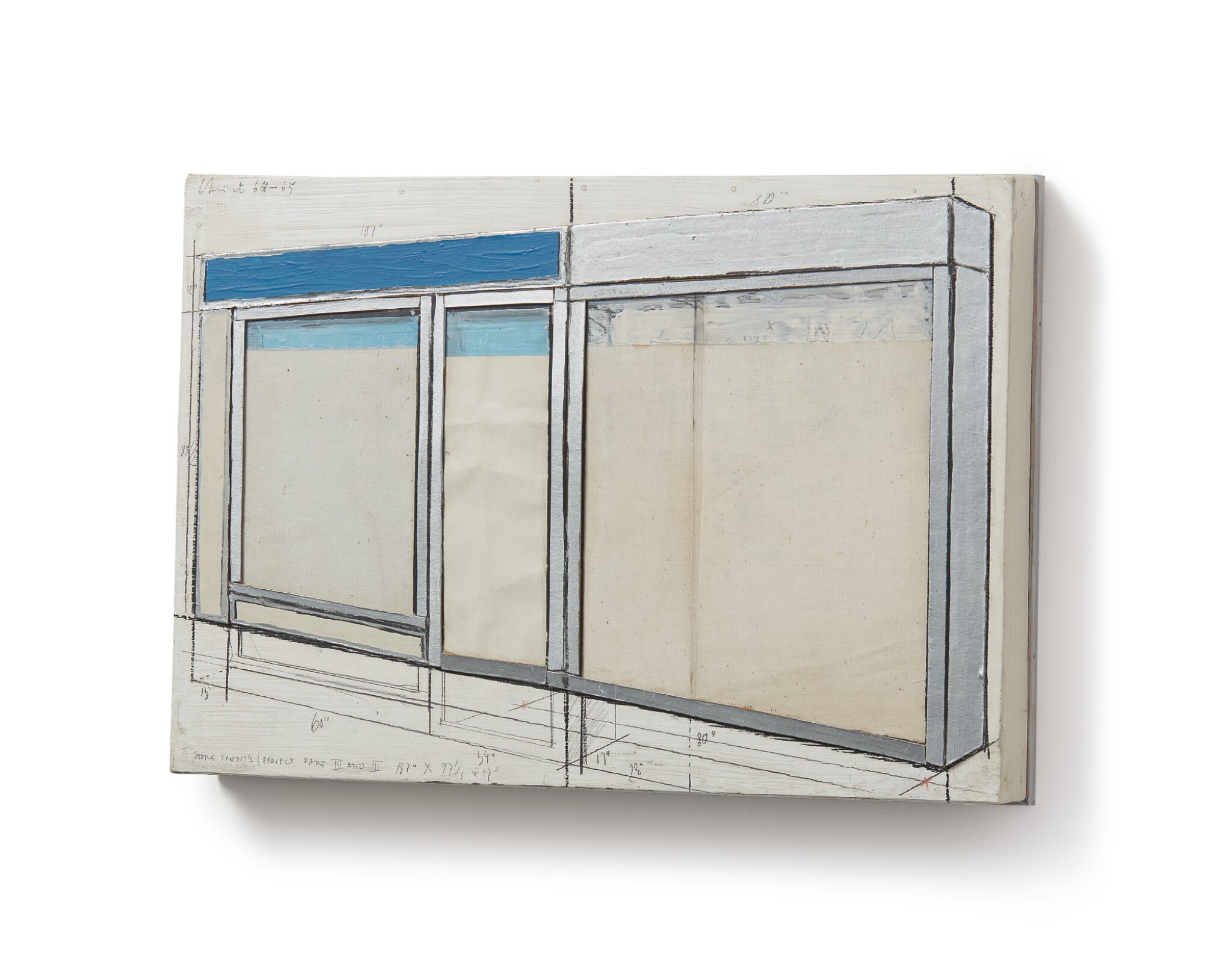 Private Collection, Massachusetts (acquired from the above in 1968)

Christo and Jeanne-Claude are best known for their public works at a monumental scale all over the world, among them wrapping islands in Miami’s Biscayne Bay and a skyscraper in Manhattan. Part sculpture, part installation, part performance and often part land art and site-specific, works by the Bulgarian-French couple are fundamentally temporal, intervening the public space to interrupt our assumed relationship with and perception of place.

Among Christo and Jeanne-Claude’s most celebrated series are the Store Fronts from the early and mid-1960s, whereby the couple would construct a façade for a gallery or other sidewalk-facing space that gave air of a closed commercial space by nature of its covered up store-like vitrines. In doing so the interior/exterior relationship of that space is halted and redefined, as is the viewer’s place in the dynamic of indoor/ordoor space.

As noted by Lawrence Alloway, “the store fronts radiate a kind of suspense, as if the blocked windows or the closed door might admit one if you only knew the hours of opening. However, our perceptual and physical links are arrested as the invitation stays unfulfilled. What Christo [and Jeanne-Claude have] done is to turn physical space into psychological response, as the façade becomes a wall, absolutely canceling the inside… [They] cancel the internal space that we anticipate and define space as what is between us and the glass. The spectator’s investigative, voyeuristic impulse is converted into an experience of himself, as an object in space[4].”

The present work is a rare multimedia assemblage for these Store Fronts in the mid-1960s, one of the only remaining relics of this pivotal initiative by the artists. Unique and pioneering, this series would significantly contribute to a time where many artists were challenging the concept of space, the gallery, and the construction of the work of art as something more multi-faceted by incorporating the elements of time, a specific place and the viewer.