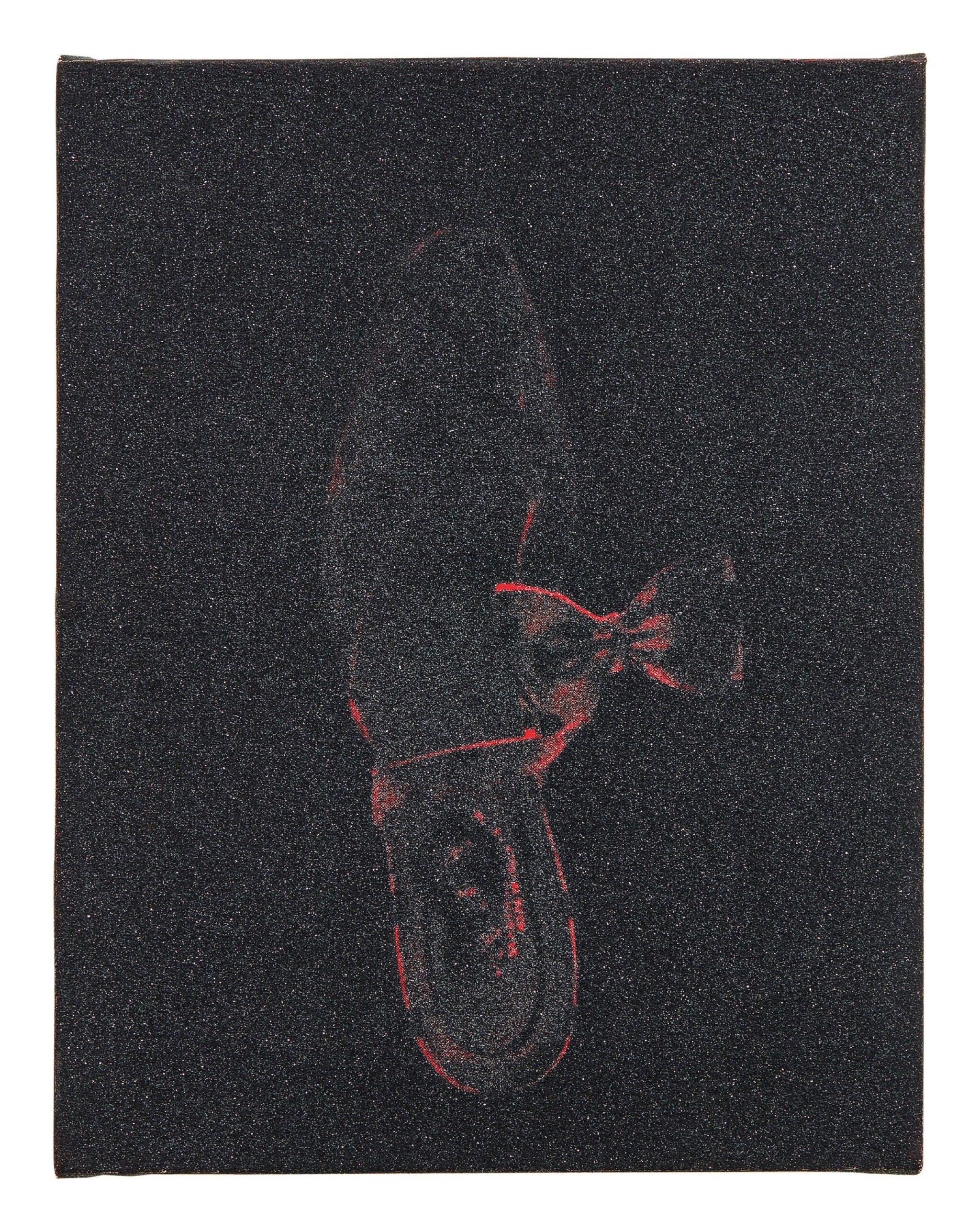 signed and dated 81 on the overlap

synthetic polymer and silkscreen inks on canvas with diamond dust

This work is in very good condition overall. There are textural shifts due to the artist's working method and chosen media. There is some minor stable cracking with associated pinpoint areas of loss to the turning edges, visible upon close inspection. Framed without glazing.

The shoe is one of the most recognizable and long-standing motifs in the oeuvre of Andy Warhol, which he began depicting in the 1950s while working as a commercial illustrator for I. Miller and Glamour magazine[i]. It is no surprise that this iconography stuck with him, as within post-war consumer culture the shoe grew to symbolize materialism and frivolity, something that Warhol would intentionally exacerbate through his signature graphic and repetitive style. Sometimes carrying titles with the names of known figures, such as Julie Andrews or Elvis Presley, the shoe epitomized luxury and fetishism in a new mass-consumer culture that coveted voyeurism and attention through excess.

The Diamond Dust series came to be after Warhol was introduced to diamond dust by his printer Rupert Smith[ii], and became enamoured with the material for its associations to jewlery, exclusivity, and shine. Warhol soon after chose to apply shattered glass for the series for the way that light reflected off of the individual pieces for its brialliant visual effects. As Vincent Fremont writes, “With the Diamond Dust Shoes, Andy was able to combine some of his favorite themes – movie star glamour, high fashion and money The merger of women’s shoes and diamond dust was a perfect fit… Andy created the Diamond Dust Shoe paintings just as the disco, lame, and stilettos of Studio 54 had captured the imagination of the Manhattan gliterrati[iii]”.