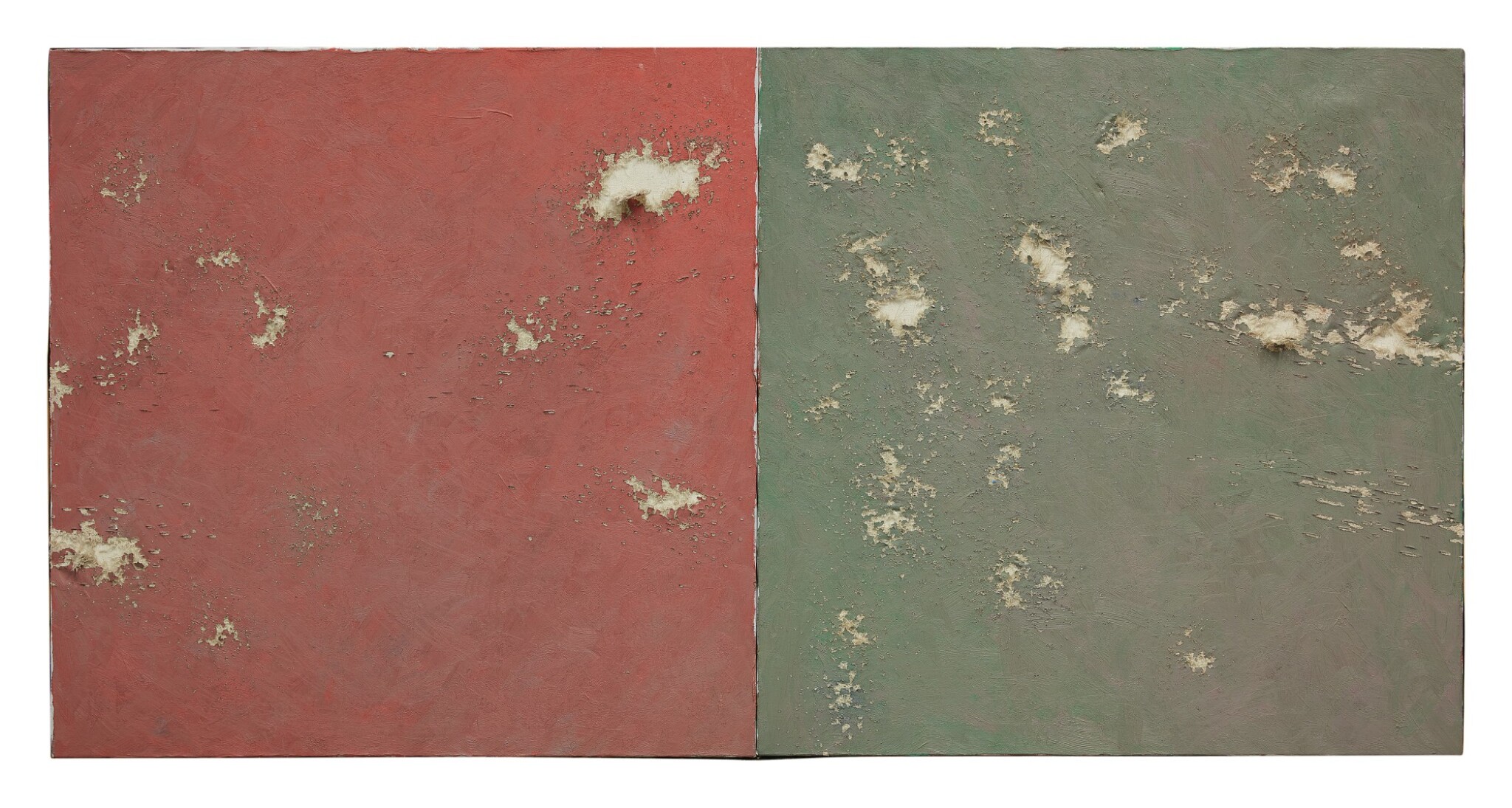 This work is in very good condition overall. The canvases are joined on the reverse. There are tonal and textural shifts and holes in the canvas, inherent to the artist's working method. There are minor pigment losses along some areas of the edges, visible upon close inspection. Under ultraviolet light, there is no evidence of restoration. Framed without glazing.

Born in 1937, Joe Goode is known for his participation with the Light and Space movement of the 1960s, which focused on changes in perception via geometry and light and originated as a West Coast iteration of the larger Minimalist movement that proliferated during that time. Among its notable members were James Turrell, Robert Irwin and Lary Bell.

The present work was created as part of his Environmental Impact series the artist works on from the 1970s through the early 80s. In the series, Goode used a specific pattern to create his canvases in order to both have control and leave room for spontaneity. In an interview with Jan Butterfield in 1981, Goode explains his approach to this intention: “first of all, what I have to do is paint one color on the surface, and then let it dry. Then I put the second color over it so that when it flicks off because of the scattered shot, it flicks off a different color underneath – usually in a contrasting color or value. Then, when that dries… I take it off the stretcher bar, and stretch another canvas, which will be the underneath one. Then, while the top canvas is off the stretcher bar, I take it out and shoot it, and then stretch the top canvas back on”. The artist’s desire is to succeed in making it look like “nobody painted it… if it could just look like a phenomenon in and of itself, that would be great!”.

Joe Goode’s work has been exhibited in galleries worldwide such as New York, Los Angeles, Hamburg, London or Tokyo. He has also been featured at the Whitney Museum of American Art in New York, the MoMA in New York and the Los Angeles County Museum of Art, among others.