Property from the Collection of Joy Walker, New York 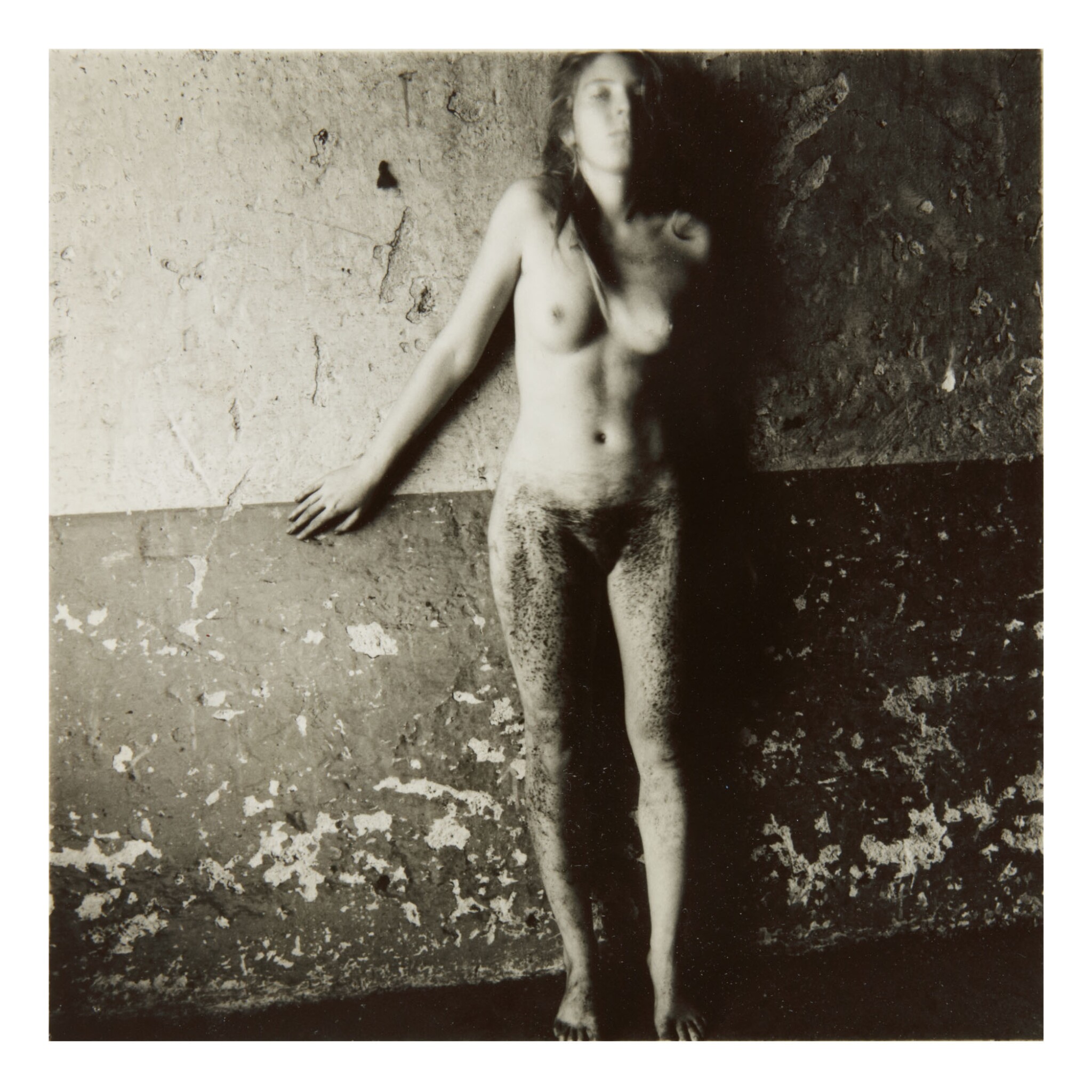 Property from the Collection of Joy Walker, New York

This early print, on double-weight paper with a surface sheen, is in generally excellent condition. Upon very close examination the margin edges are faintly yellowed. The upper margin edge is gently rippled in two areas corresponding to linen hinge remnants on the reverse. '8' is written in an unidentified hand in pencil on the reverse.

Acquired by the present owner, friend of the photographer, circa 1980

“What happened is that I played the piano for a long time. The pieces I played most were themes on variations, Scarlatti, etc. This occurs in my imagery.”

The present photograph, taken while Woodman was studying abroad in Rome in 1977-78, features a very recognizable wall also seen in the image used to advertise Immagini: Francesca Woodman, her exhibition in March 1978 that was held in the basement of Libreria Maldoror, a bookstore that specialized in Futurist and Surrealist books. For each of the exhibition invitations, Woodman affixed individual contact prints that show her lying on her back beside the same two-toned wall, her distinctive pattered dress hanging above.

Woodman utilized the same working method as she had in Providence, wherein she returned to a few select locations with limited props and clothing. These spaces, including an abandoned pasta factory and the basement under RISD’s Palazzo Cenci building, became the setting for numerous thematic variations, and are thus instantly recognizable as being from the same period. Many images taken in Rome feature her blurred figure as she crawls, writhes, and jumps in eerie surroundings, often suggesting supernatural activity. In this assertive self-portrait, however, Woodman stands utterly still, looking directly into the camera and giving the impression of stasis. She appears chameleon-like, the soiled lower half of her body blending with the darker bottom half of the decaying wall. The present image is a rare reversal of the composition, which is frequently reproduced so that Woodman’s arm is extended to the right rather than to the left.