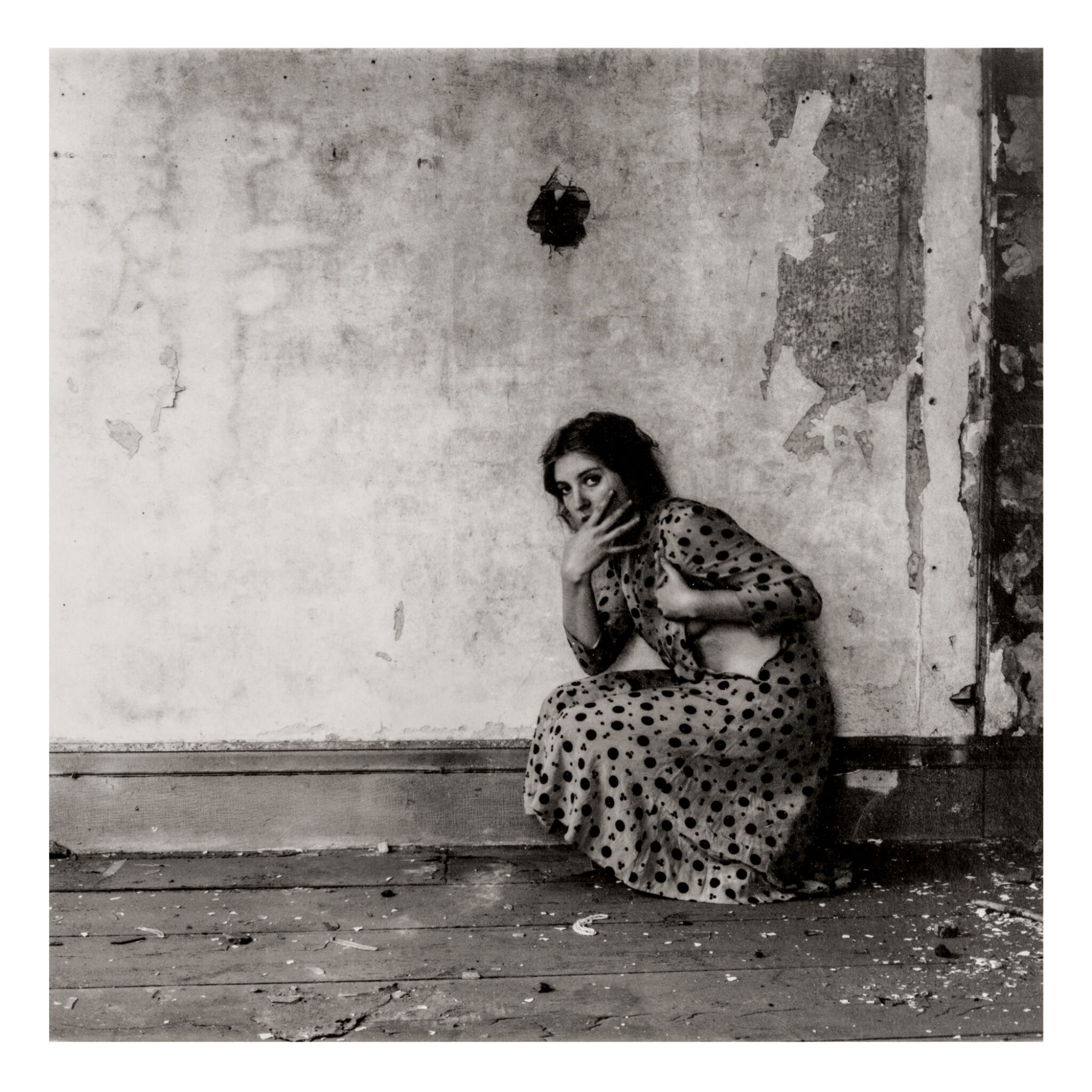 This early print, on double-weight paper with a subtle opalescent sheen, is in generally excellent condition. The faintest silvering is visible in the darkest areas and there are two long, linear raised areas in the upper left and upper right visible only under high raking light. The following, typical of Woodman's vintage prints, are visible in the margins: faint soiling; tiny deposits of ink in the lower left; a tack-hole in the upper center; and handling creases that do not appear to break the emulsion. The margin corners and edges are worn and there are occasional tiny chips to the emulsion. The reverse is faintly soiled.

Gift of the photographer, circa 1976

Francesca Woodman’s undergraduate years in Providence at the Rhode Island School of Design from 1975-78 were extremely prolific and significant. There, she created a body of work that formed the bedrock of her short but fertile career. In her studio (and home), an old dry goods factory off-campus with no kitchen, heat, or shower, Woodman used the decaying building as a backdrop for her photographs. There, ‘The line between her art and her life was nearly seamless’ (Keller, p. 176). Woodman trained her camera on the most available model she could find: herself. Although she was hardly afraid of photographing herself nude, many photographs from this period feature her face blurred, turned away from the camera, or out of the frame altogether. The present photograph offers a rare glimpse of Woodman unabridged. She engages directly with the camera, her gaze disquieting, confrontational, and yet vulnerable.

Woodman’s polka-dot dress is a regular staple of her RISD period. She is wearing it in several self-portraits taken against the same wall, crouching as if to fit herself within the square frame or turning her back to the camera in a blurry jump. The dress appears in images made while studying abroad with RISD in Italy (1977-78), and still later when she moves to New York in 1979.

Lifetime prints of Polka Dots are scarce. At the time of this writing, it is believed that only one other print of this image has been offered at auction: it was sold in these rooms on 9 October 2009 (Sale 8575, Lot 200).