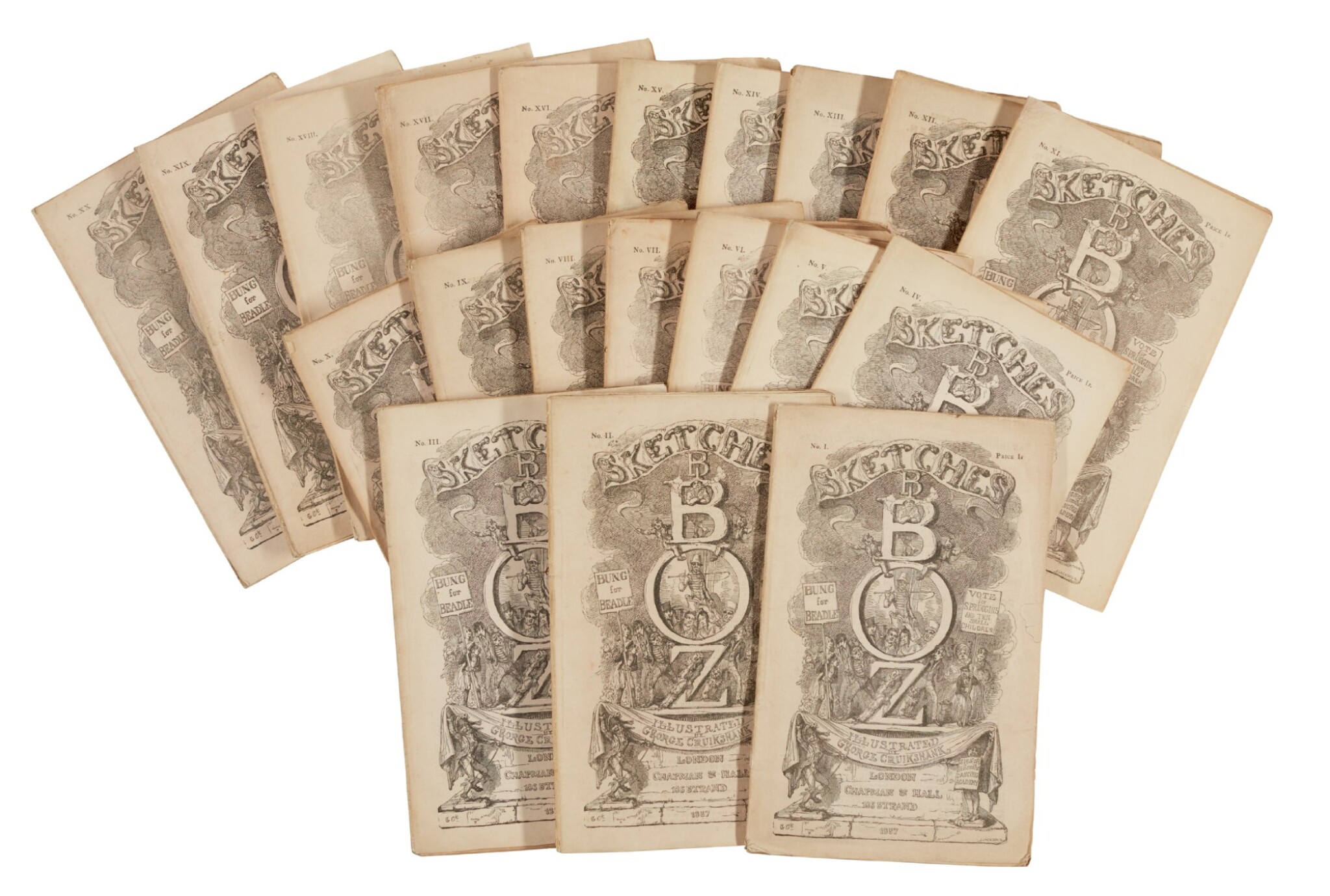 ONE OF THE SCARCEST OF DICKENS' WORKS IN THE ORIGINAL PARTS, ANNOTATED BY THOMAS HATTON WHILE WORKING ON HIS BIBLIOGRAPHY. The Sketches had initially appeared in magazines and daily journals, a few being gathered into book form and published in 1836, with the remainder appearing in 1837 (see lot 7 onwards). The copyright was purchased outright by Chapman and Hall and issued in original parts, a format which had become popular, to coincide with the final part of The Posthumous Papers of the Pickwick Club. The standard green wrappers were replaced in this instance with pink ones; this change was not well-received by advertisers, resulting in few inset advertisments. Twenty-seven of the etchings had first appeared in the earlier book form, enlarged here to match the additional thirteen supplied for the monthly parts