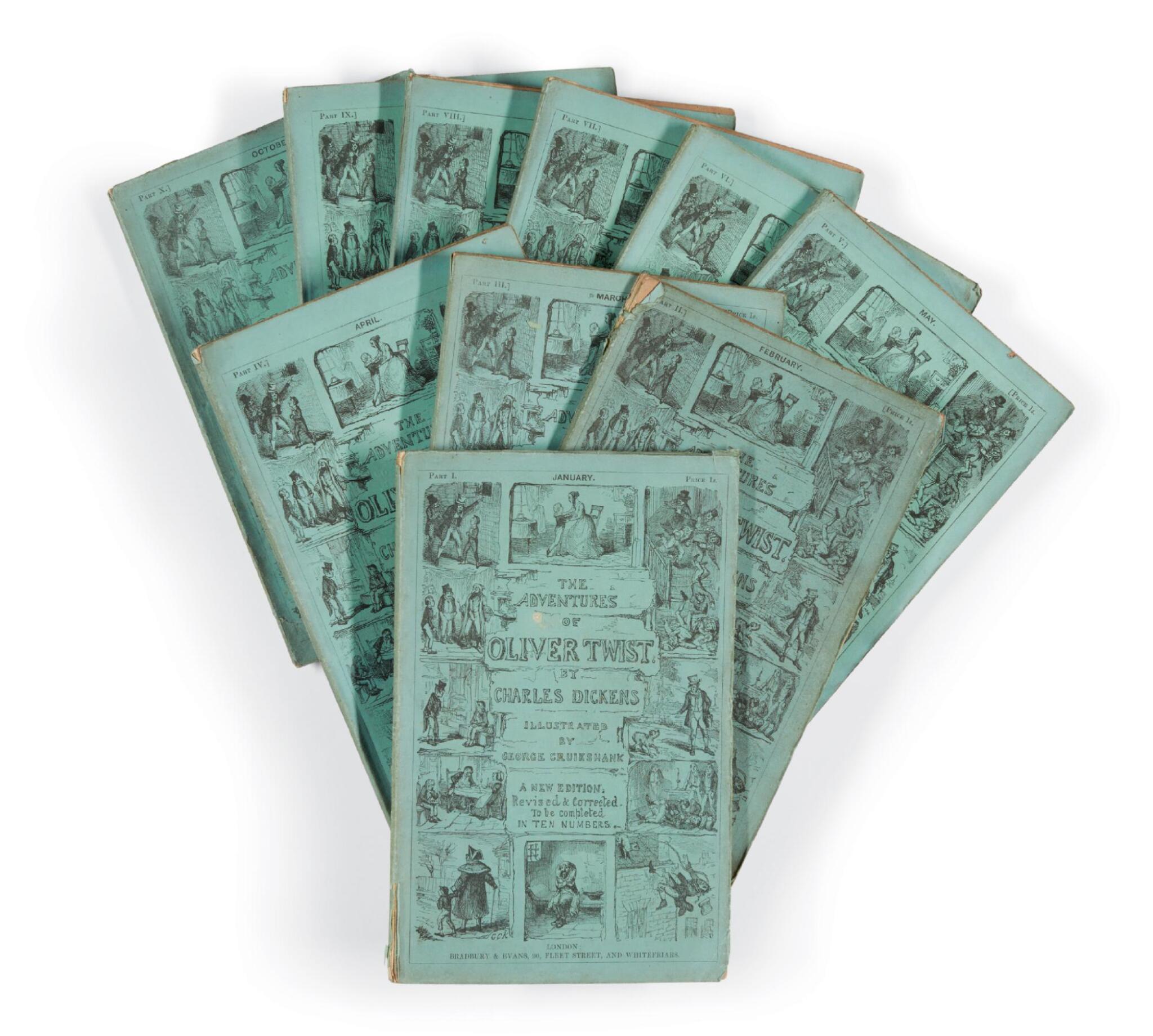 The Adventures of Oliver Twist; or, The Parish Boy’s Progress. London: Chapman and Hall, January-October, 1846

8vo (224 x 144mm.), IN THE ORIGINAL 10 PARTS ("New Edition, Revised and Corrected"), THE BIBLIOGRAPHER'S OWN COPY, 24 etched plates by George Cruikshank, with preliminary leaves at end of part 10, with 8pp. advertisements in parts 1 and 2, 1p. advertisement on yellow paper in part 10, original green pictorial wrappers as called for by Hatton and Cleaver, each part preserved within later paper wrappers, collector's red cloth folding box lettered on spine in gilt, plates generally offset and heavily browned, occasional creases, tears and chips to wrappers with occasional loss to spines, tears to some joints, tiny stain to upper wrapper of part 1 [together with:]

As noted by Hatton and Cleaver, "complete sets of the ten parts can, without exaggeration, be described as of the utmost rarity... The very scarcity alone, of the book in parts, gives added zest to the tracking down of copies, but many would-be owners are doomed to disappointment in their efforts to effect a capture, in face of the very limited supply available."

Eckel notes "Many collectors prize this issue very highly and consequently it is the more valuable of the Oliver Twists".