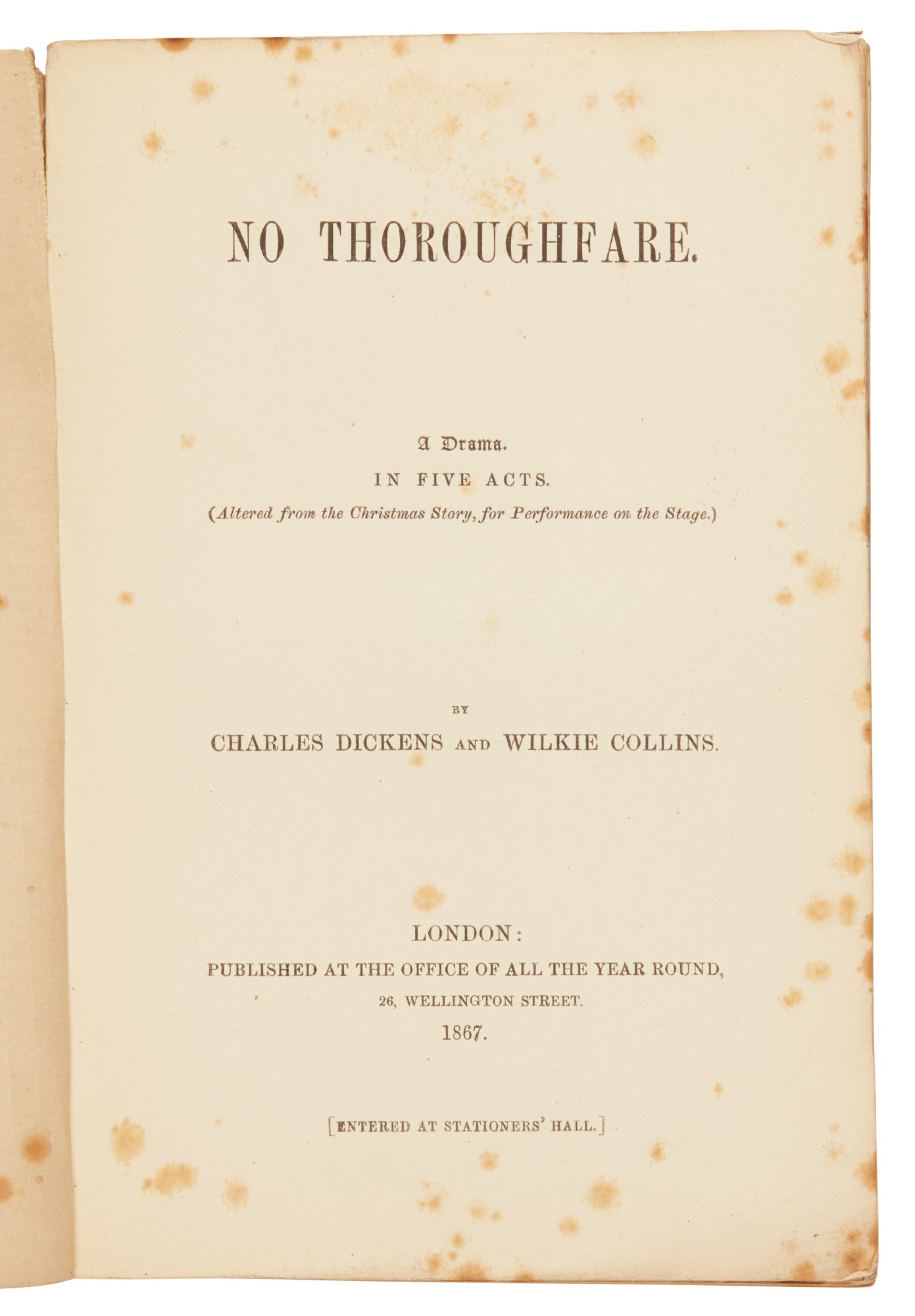 No Thoroughfare. A Drama. In Five Acts. (Altered from the Christmas Story, for Performance on the Stage.) London: at the office of All the Year Round, 1867

The narrative of No Thoroughfare had first appeared as a special Christmas number of All the Year Round in 1867 (see lot 178). This stage version opened on Boxing Day 1867 whilst Dickens was on his second tour of America. The play was extraordinarily popular, with performances also in France and America. Dickens travelled to Paris to oversee the rehearsals of the production at the Vaudeville Theatre.