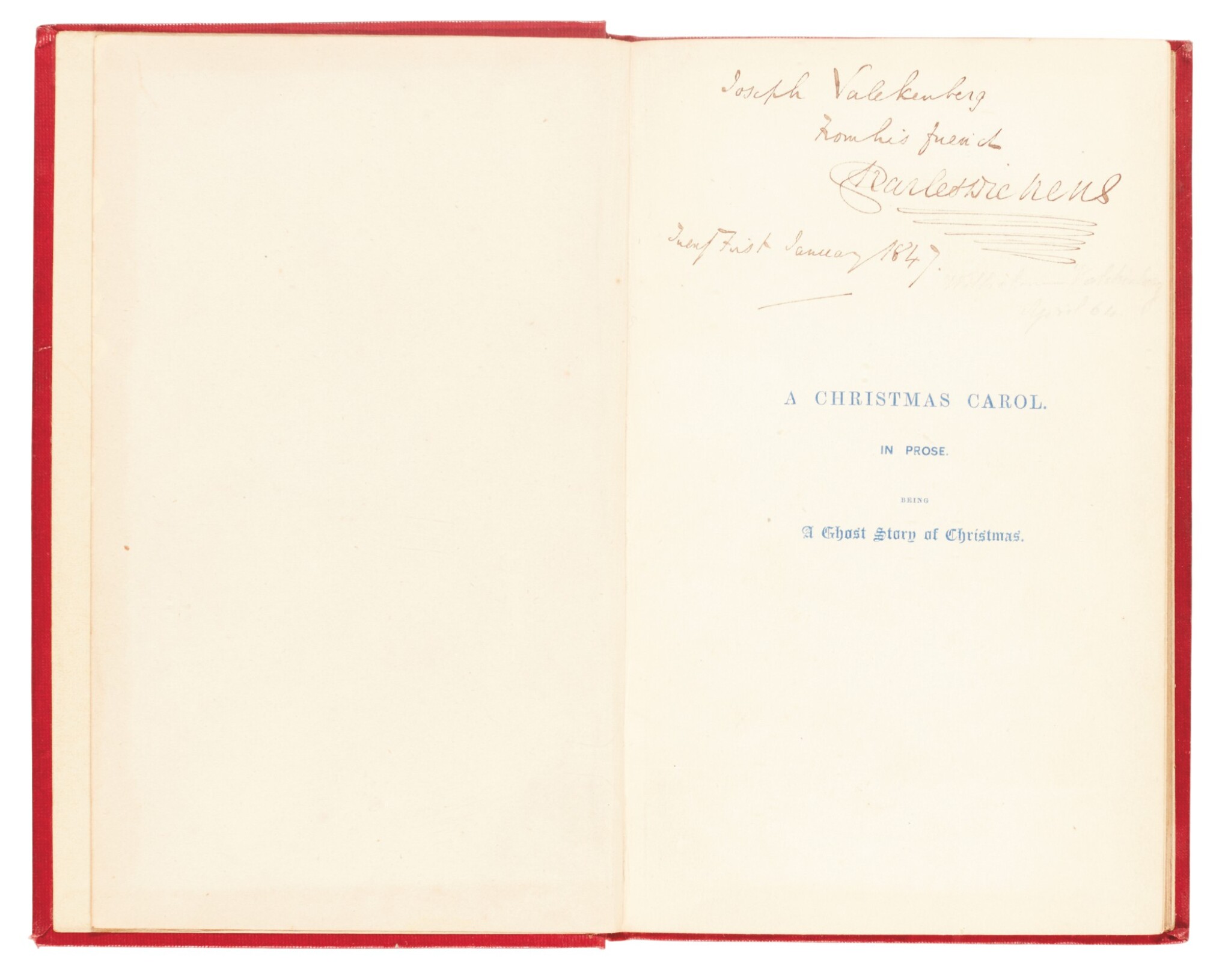 A Christmas Carol. In Prose. Being a Ghost Story of Christmas. London: Printed and Published for the Author by Bradbury and Evans, 1846

AN OUTSTANDING PRESENTATION COPY inscribed by Dickens to his wine-merchant Josef Valckenberg. The House of Valckenberg was founded in Worms on the banks of the Rhines in 1786. Throughout the next century they bottled and exported wine, supplying the royal families of Europe.

The Dickens family met Josef (or Joseph) Valckenberg by chance during a holiday spent travelling down the Rhine aboard a steamboat in 1846: "The sunny Rhine journey by river steamboat was picturesque but uneventful. At Mainz there came aboard a German wine merchant, one Josef Valckenberg, a native of Worms, who spoke to Kate. 'Your countryman Mr. Dickens is traveling this way just now, your papers say. Do you know him, or have you passed him anywhere?' Introductions took place, and Dickens apologized for his ignorance of German. 'Oh dear! That needn't trouble you,' Herr Valckenberg replied; even in so small a town as Worms there were at least forty who spoke English and many more who read Dickens's works in the original" (Johnson).

Later that year Dickens praised the house's speciality Liebfraumilch in a letter to Valckenberg, writing: "All I have to say on the subject of the Liebfraumilch, is, that if it should come here, I will drink in it, the heath of everybody, great and small, in that large family-house at Worms" (25 June, 1846)