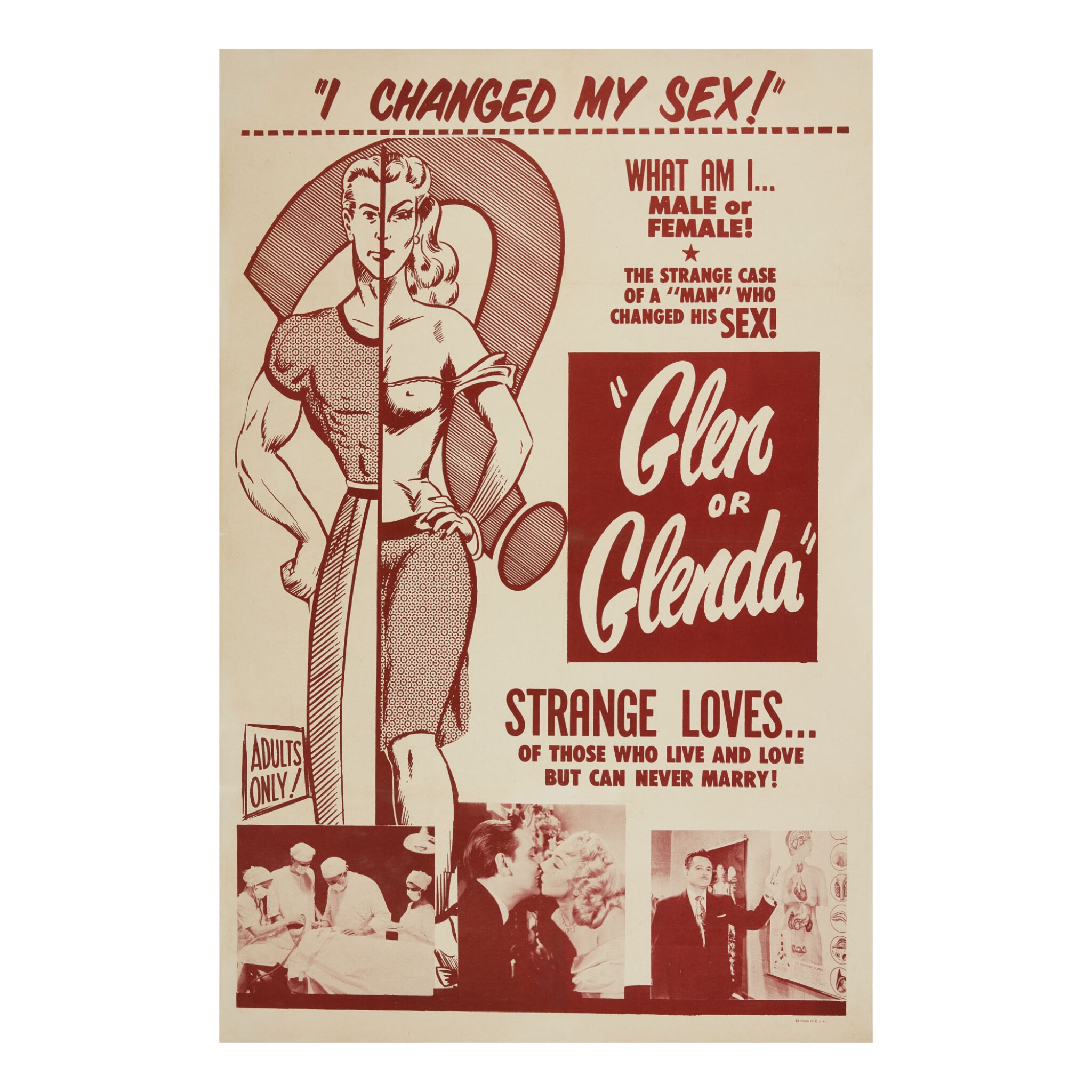 Acquired from above sale by the present owner

Directed by the notorious Edward D. Wood Jr. (of "Plan 9 From Outer Space" fame), "Glen or Glenda" is a semi-autobiographical docudrama about cross dressing and gender identity, which follows several characters as they navigate personal relationships and medical decisions related to their identities. The film was loosely inspired by the gender confirmation surgery of Christine Jorgensen, who made headlines in the early 1950s as the recipient of the first "sex change." The issue was also a personal one for Wood, for whom cross-dressing, or drag, was an important facet of his identity. Filmed over a four-day period on a shoestring budget, Wood's idiosyncratic plea for tolerance has since attained cult status, and is often discussed in the context of its high-camp trappings. It is also noteworthy for being a sympathetic portrayal of gender nonconformity for its time.