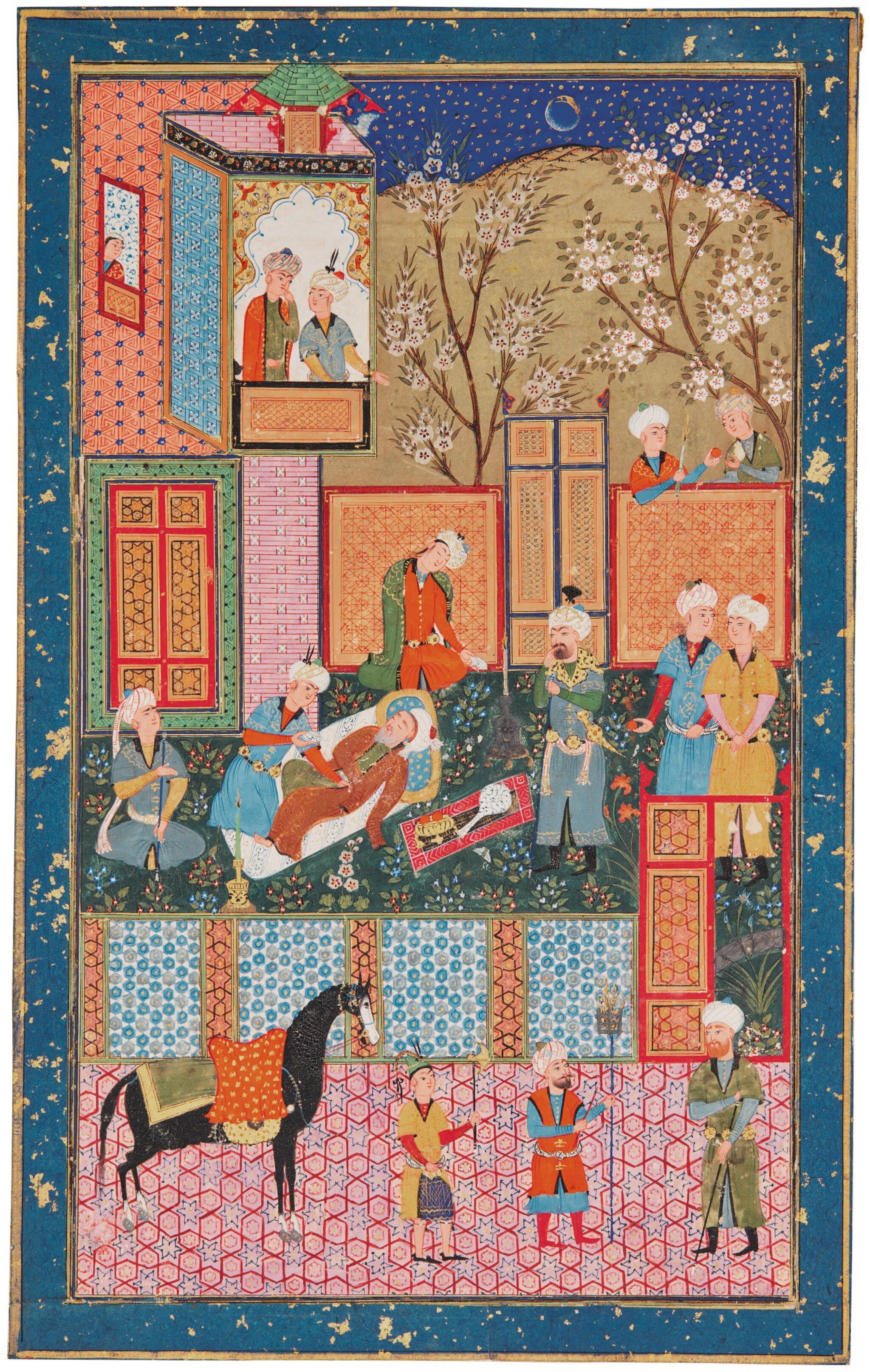 gouache heightened with gold on paper, the reverse with 6 lines of black nasta’liq

In good condition, minor flaking and losses to the paint, minor smudges, as viewed.

The present miniature depicts a Sultan who, after having heard rumors that one of his chief judges was behaving improperly, decided to surprise him. He travelled to the judge’s house at night on his horse (left outside the gates) and surprised him lying in the garden, drunk and attended by a youth who can be seen here offering him a cup of wine and undressing him at the same time. The reverse bears a Persian quatrain addressing a king, copied by the unrecorded Ramz ‘Ali.

The composition of this scene is very close to a painting signed by Mahmud Muzahhib sold at Christie’s London, 25 April 2013, lot 26 and it is likely that both came from the same workshop. Along with the same disposition of characters and design of the scene, there are close resemblances in the poses and faces of the characters depicted, especially the Sultan, the drunken judge and the youth serving him wine.

Mahmud Muzahhib is regarded as one of the leading artists of the sixteenth-century Bukhara school; he played an important role in the establishment of the new kitabkhaneh (book production atelier) in the new Shaybanid capital Bukhara, following the fall of the Timurid Empire and the conquest of Samarqand in 1507.

For further information on the kitabkhaneh and Mahmud Muzahhib, please see the online version of the catalogue.