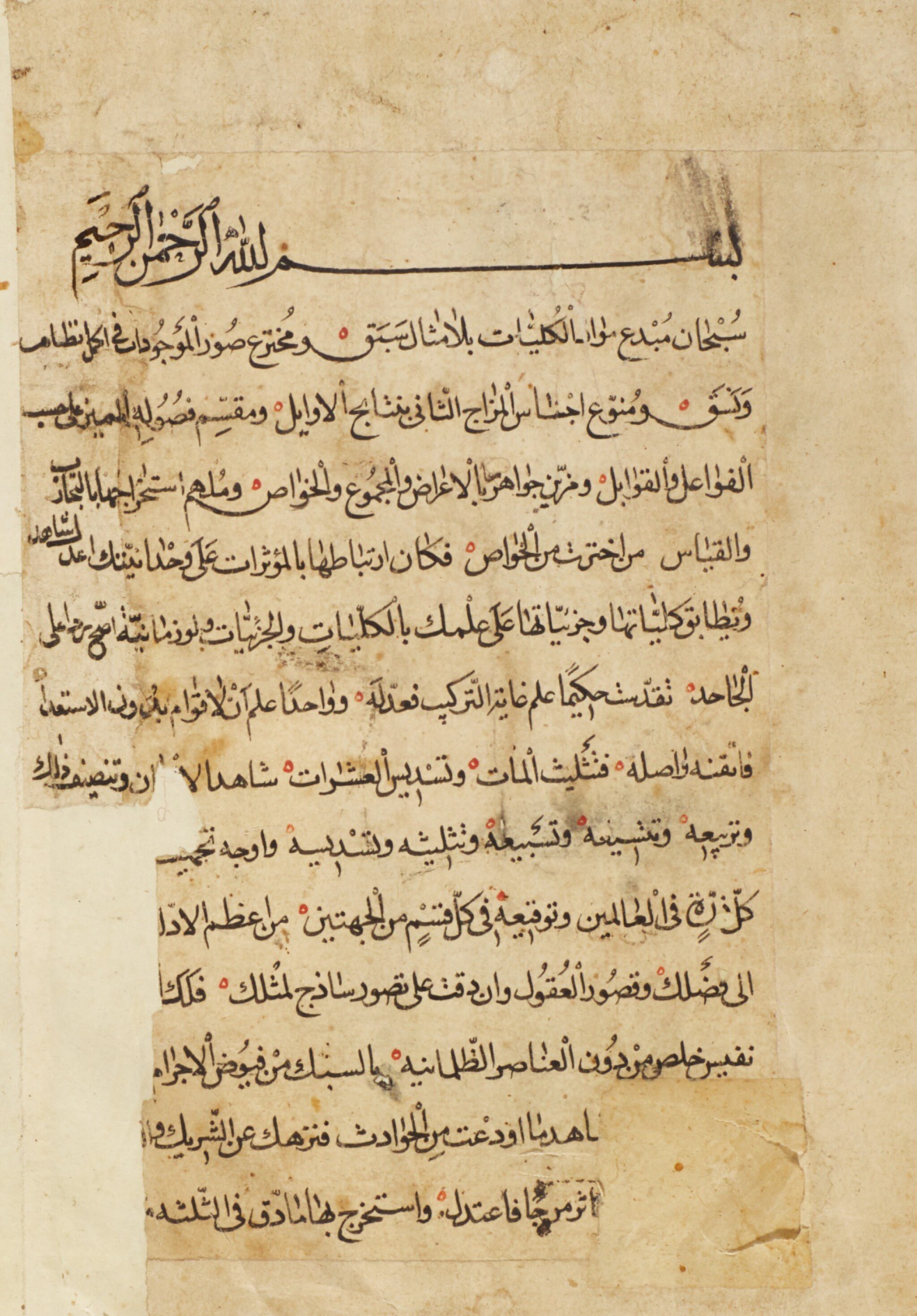 Arabic manuscript on European watermarked paper, 345 leaves, plus 1 fly-leaf, 19 lines to the page written in naskh in black ink, important words and headings in red, in brown stamped and gilt binding

In overall good conditions, the margins with contemporaneous and later annotations, overall clean, pages numbered with Arabic numerals on the lower edge, some restorations to the paper, smudges and stains, the binding with some tape and damages, as viewed

Daud b. ‘Umar al-Antaki was born in Antioch, likely in the mid-sixteenth century. Born a Christian and son of a ra’is of Karyat Sidi Habib al-Nadjar, he was born blind but despite this invalidity he travelled extensively throughout Asia Minor. He was fluent in Greek, living in Damascus and later Cairo. He died in Mecca in 1599, only one year after his arrival there.

The Tadhkira uli al-albab wa'l-Jami’ li al-ajab al-ujab is al-Antaki's most important work and follows the step of Ibn al-Baytar’s medical corpus. Other shorter treatises deal with the philosopher's stone and astrology.

The Tadhkira presents itself as a medical compendium, covering both illnesses and remedies and is divided as follows:

Chapter I (bab I): f.7b, on general medical principles.

Chapter II (bab II): f.17b, on the basic rules of the preparation of drugs.

Chapter III (bab III and IV condensed into one chapter): f.34a, on simple and compound remedies and on diseases and their symptoms, therapies and cures, listed in alphabetical order.

A section of the Tadhkira, now in the Bodleian Library (inv.no.MS.Hyde.37), deals with coffee (bun) and was translated into English by Edward Pococke in 1659 with the title ‘The nature of the drink Kauhi, of Coffee, and the berry of which it is made described by an Arabian phisitian’ (Oxford, printed by Henry Hall, see Savage-Smith 2011, p.361).