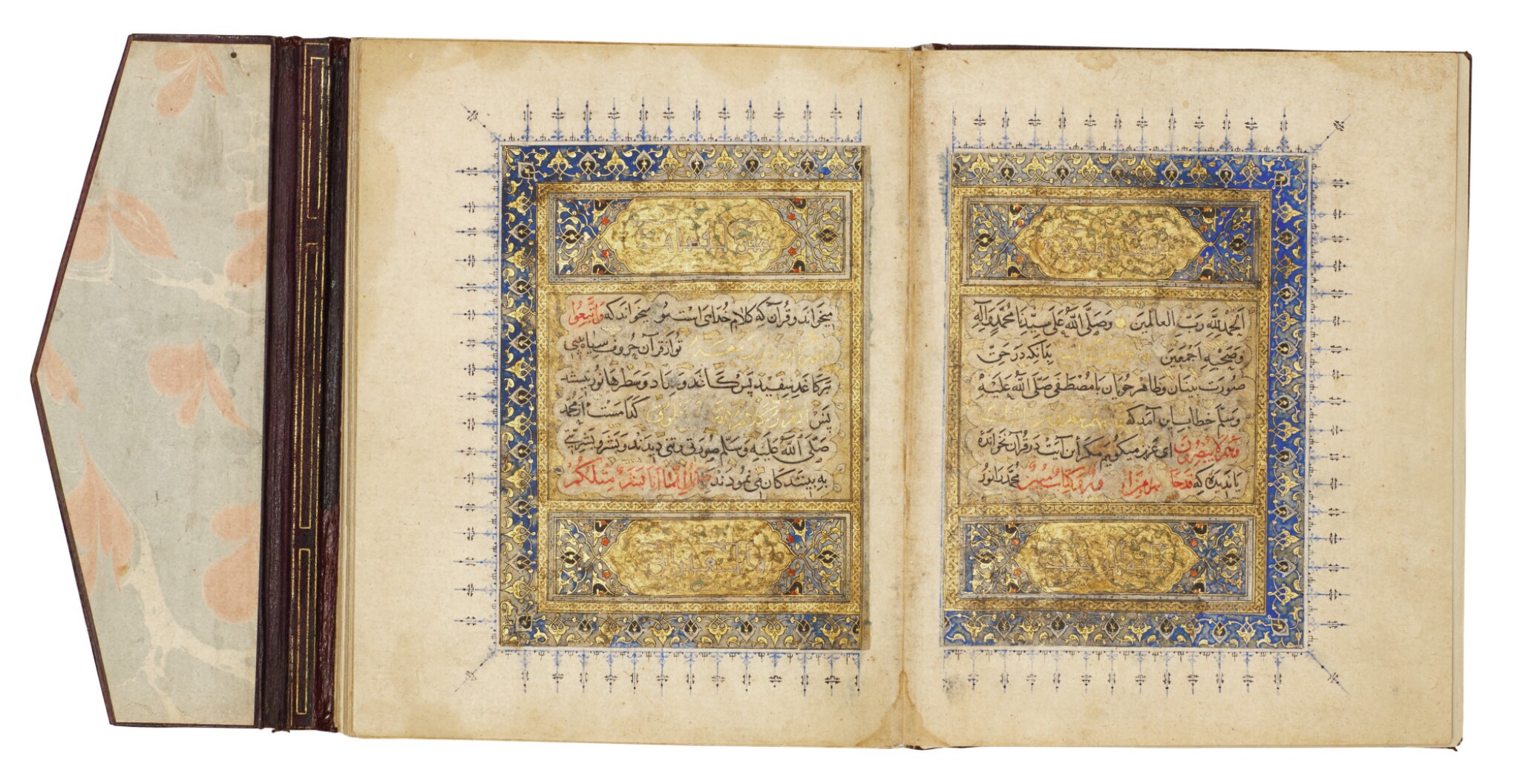 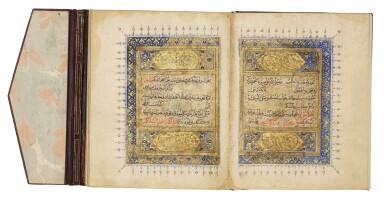 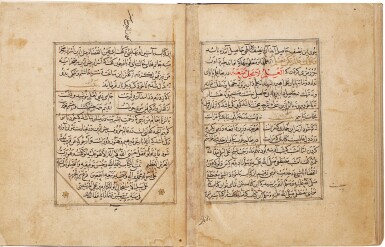 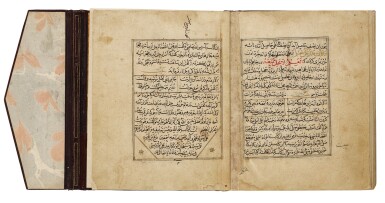 Persian manuscript on paper, 173 leaves, plus 2 fly-leaves, 14 lines to the page, written in naskh in black ink, important sentences in gold or red thuluth, ruled in gold and blue, f.1b and f.2a with a gold and polychrome illuminated frontispiece, in brown gilt and stamped leather binding, with flap

The margins with minor holes, some stains and rubbing throughout, some losses to the illumination in the incipit page, as viewed.

Abu’l-Ma’ali Abdallah ibn Abi Bakr Muhammed Mayaneji ‘Ayn al-Qudat Hamadani (d.1131 AD) was born in Hamadan, in modern-day Iran. From a very early age he turned to Sufism and was educated by Muhammad ibn Hammuya and Ahmad al-Ghazali (d.1126 AD), the brother of Muhammad al-Ghazali (d.1111 AD). He became a Sufi teacher, attracting many students from all over Central Asia, to the point that the Seljuk vizir in Baghdad imprisoned him for several months. He was later released and sent back to Hamadan, where he was tortured and sentenced to death.

The Tamhidat ('Preludes' on mysticism) is his most important work in Persian. The manuscript deals with the Sufi tradition, rituals, philosophical assumptions and some Quranic interpretations. The text became popular in sixteenth-century Ottoman Turkey and was translated twice into Turkish (see F. Meier, Der Islam 24, 1937, p.5). The present copy is testament to Hamdani’s popularity in Turkey as it was owned by an Ottoman, ‘Abd al-Shukur, who left his seal impression dated 1283 AH (1866-67 AD).