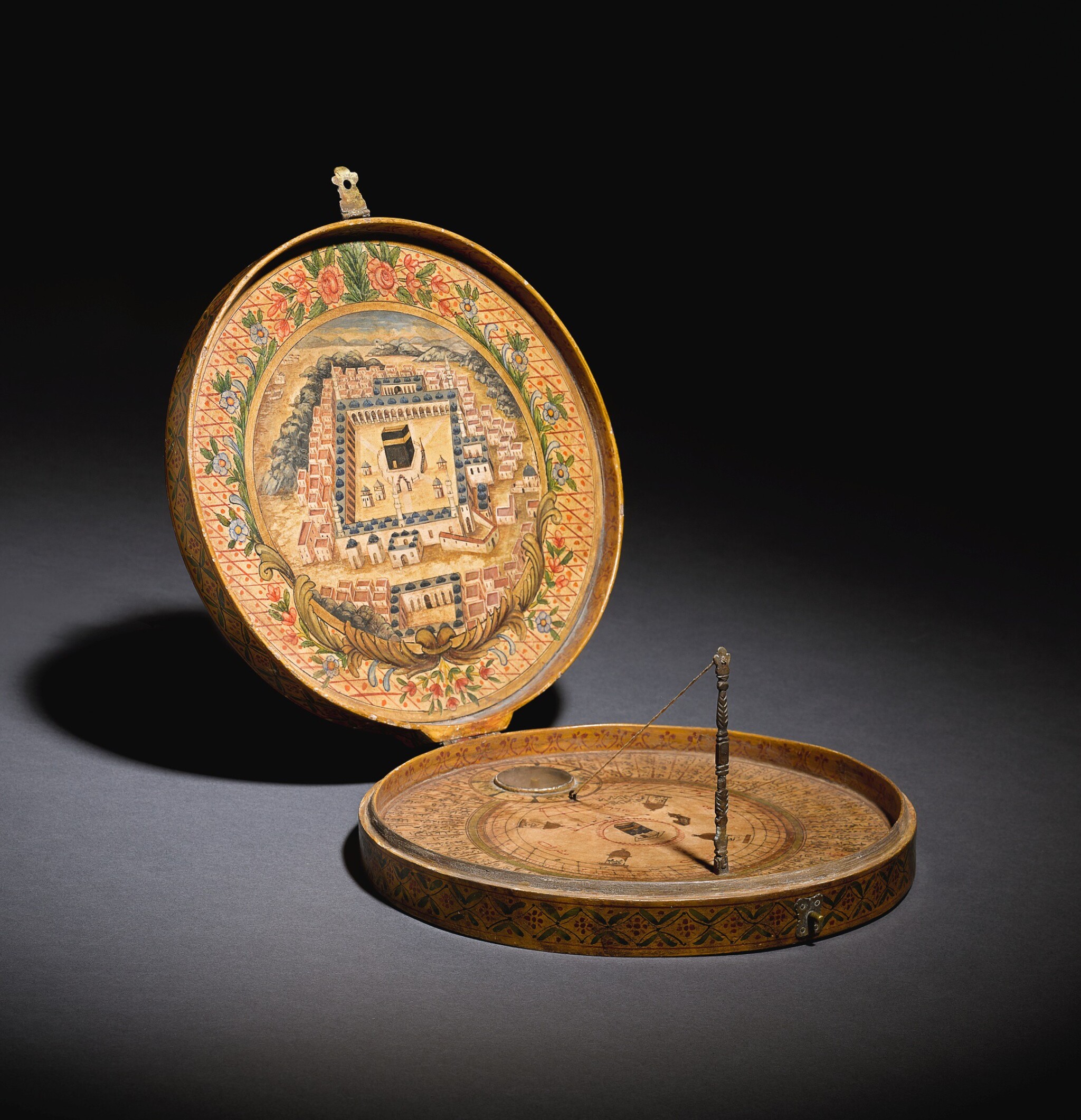 The exterior shows two cracks along the rim and scratches to the surface with paint retouching to the white. The interior in an overall good condition. With dust deposit, brown stains due to the usual wear to paint and ink, as viewed.

A Qibla indicator dated 990 AH/1582-83 AD, now in the British Museum, bears the names of the cities encircling the Ka'ba and, as in the present example, only the name Constantinople is picked out in red, indicating the latitude for which the instruments were created (Porter 2012, p.35). This piece is close in form and style to the British Museum indicator, but is likely to have been made in the nineteenth century.