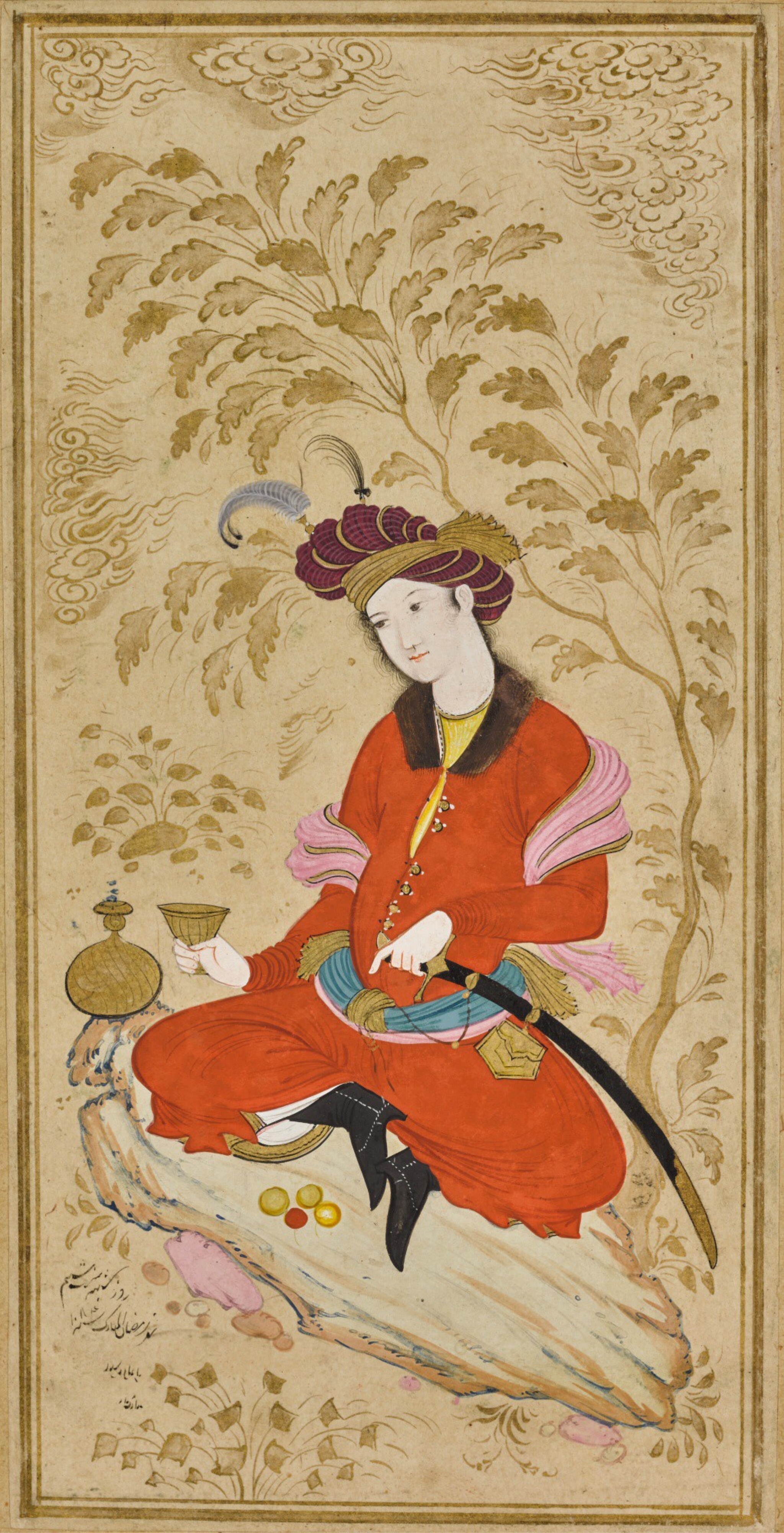 opaque pigments heightened with gold on paper, inscribed and dated to the lower left, framed

The painting has been laid on a card, minor stains and very minor holes, the colours bright, as viewed.

Acquired from the estate of the above, September 1955.

This portrait of a well-dressed youth is identified on the upper border as Nazar ‘Ali Beg, son of Alqas Mirza, and is an important example of the single-figure portraits painted by Mu'in Musavvir (1617-1708), who was one of the greatest and most prolific Persian artists of the seventeenth century.

Mu'in was a student of the great court painter Reza-i Abbasi and painted a portrait of his master which survives in the Princeton University Library (Garrett Coll.96G). Another portrait of Reza-i Abbasi was also in the David and Peggy Rockefeller Collection, sold at Christie's New York, 10 May 2018, lot 1001.

Mu'in's long career (c.1635-1707) gave him the opportunity to produce a large corpus of work, and although much of it was concerned with traditional manuscript illustration, including several Shahnameh manuscripts, he also took the art of single-page compositions to new heights (see Farhad 1990). A fine composition of a kneeling youth playing the flute, executed shortly after the present portrait in 1087 AH/1676 AD, was sold in these rooms, 9 April 2008, lot 54. Interestingly, that work was also once owned by a member of another of America's most prominent families, Walter Cabot (b.1829), of Boston. More recently, a drawing of an Indian courtesan by Mu'in Musavvir, dated 1075 AH/1664-65 AD, was sold in these rooms, 24 October 2018, lot 64.

For further reading and illustrations of Mu'in's work see S.R. Canby, The Rebellious Reformer: the drawings and paintings of Riza-yi Abbasi of Isfahan, London, 1996, and S.R. Canby, Princes, Poets and Paladins, Islamic and Indian Paintings from the Collection of Prince Sadruddin Aga Khan, London 1998, nos.55-61.