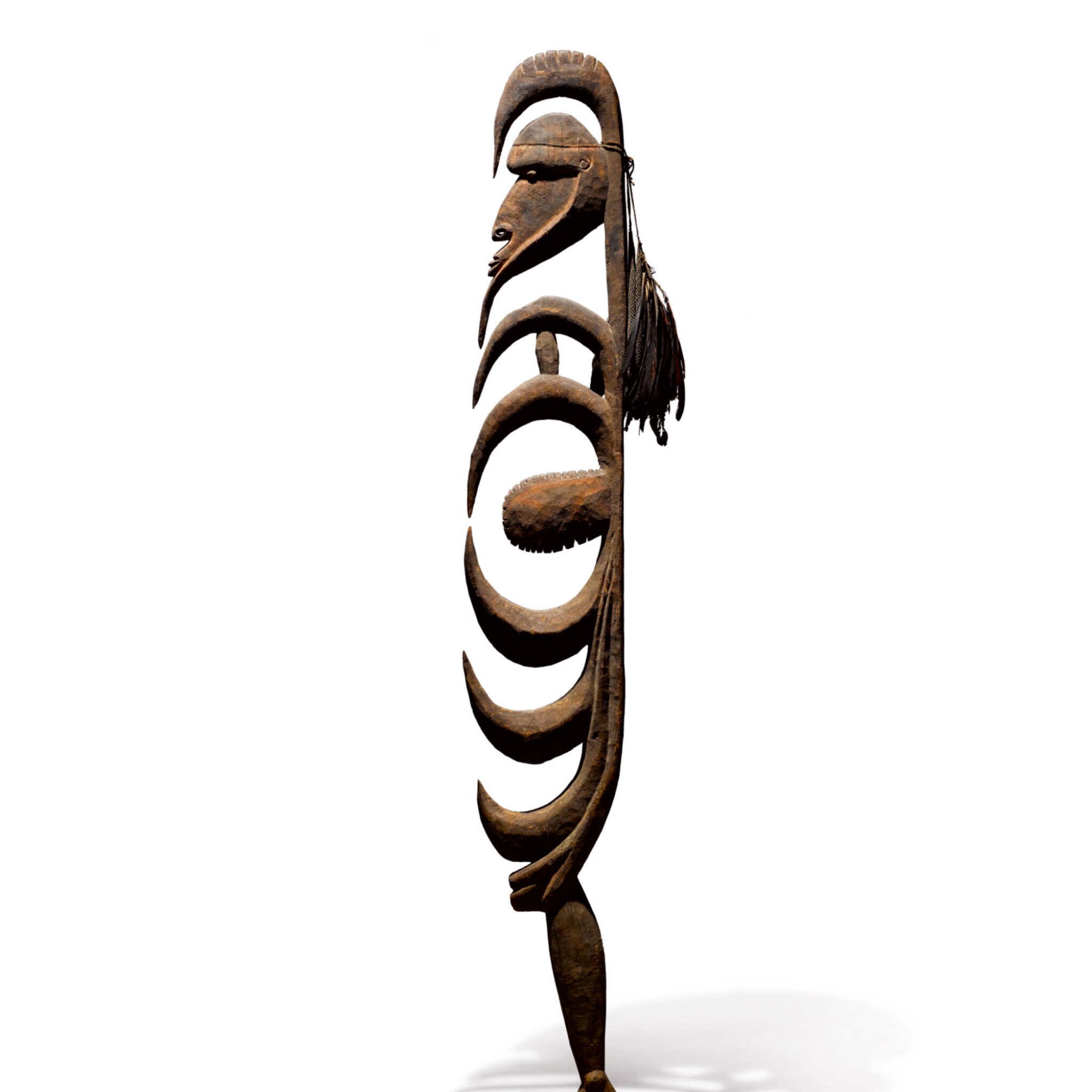 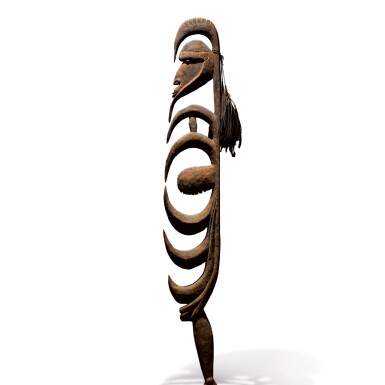 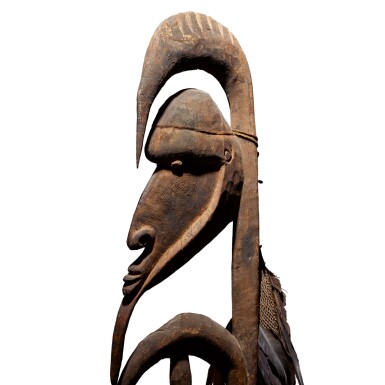 Several archaic cultures of the Middle and Upper Sepik River Region of New Guinea share a common tradition of carving sacred figures which incorporate a series of opposed hooks, including the garra figures of the Bahinemo peoples, aripa figures of the Inyai-Ewa peoples and the yipwon figures of the Yimam peoples. Regarding those found along the Karawari River, Eric Kjellgren notes: "Admired by Western artists for their radical conception of the human form, the distinctive one-legged hook figures (yipwon) of the Korewori River region caused a sensation when the first examples reached the West in the 1950s. Created by the Yimam people, the figures occur in two distinct sizes. Large-scale images, [like the present figure ...] were owned by clans or subclans and kept in the men's ceremonial house, where they stood leaning against the back wall, the most sacred area of the house's inner sanctum. [...] Depicting primordial ancestral spirits, the figures served as vessels into which the spirits were summoned before a hunt or raid. Each yipwon bore an individual name and often had a close relationship with one of the senior men from the associated clan." (Kjellgren, Oceania: Art of the Pacific Islands, New York, 2007, p. 58).

During the late 1930s, the British sculptor Henry Moore became preoccupied with pointed forms, as evidenced in his preparatory drawings of the period. Wilkinson notes that given Moore's well-documented interest in the formal qualities of Oceanic sculpture, for his famous bronze Three Points of 1939-1940, a "plausible source may be found in tribal art. I am referring to the 'hook' figures, or Yipwons, from the Karawari region of New Guinea [... They] could almost be mistaken for Moore's Three Points." (Wilkinson in Rubin, ed., "Primitivism" in 20th Century Art, New York, 1984, vol. 2, 607). Moore himself wrote in 1941 about "New Guinea carvings, with drawn out spider-like extensions and bird-beak elongations [...]" (ibid., p. 604). The Chilean surrealist Roberto Matta Echaurren owned several Papuan "hook sculptures", including the famous large-scale standing yipwon figure today in the de Young Museum, Fine Arts Museums of San Francisco (inv. no. 2000.172.1).