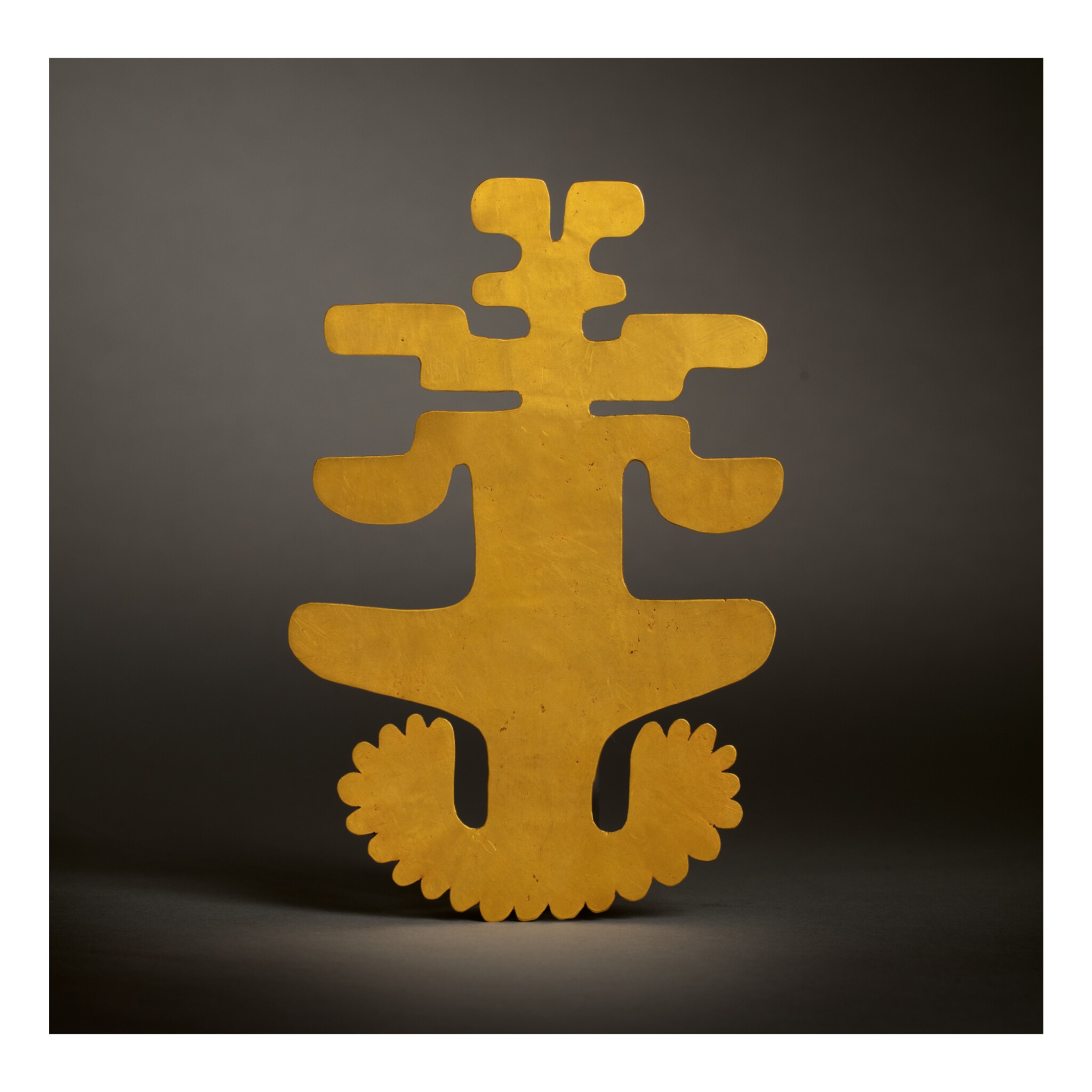 Very good overall condition. Evenly and thickly hammered. The patina a consistent buttery yellow throughout. The perimeter edges all intact. A sticker from the Museum of Primitive Art on the reverse reading: "Mitchell / 10.17.69"

Tolima figures are renown for their abstract minimal style dominated by geometric symmetry of both straight and curvilinear form. This cast and hammered ornament combines the splayed figural type with its outstretched limbs, and the avian style by the anchor-shaped tail with a fluid ruffled perimeter resembling a bird. The avian and splayed figure pendants have been considered representations of a shamanic “flight” by Reichel-Dolmatoff (Gerardo Reichel-Dolmatoff, Goldwork and Shamanism, an Iconographic Study of the Gold Museum, Bogota, 1988), the ornaments are iconic examples of the ecstatic transformational rites, referenced in his studies of Colombian indigenous groups of the Amazonian Sierra Nevada regions.

Goldworking was viewed as an art imbued with special powers, "goldsmiths transformed a sacred metal .. into objects with cosmological and social meaning." (Ana Mariá Falchetti, "The Gold of Greater Zenú: Metallurgy in the Caribbean Lowlands of Colombia", in McEwan, ed. Precolumbian Gold, Technology, Style and Iconography, London, 2000, p. 145).