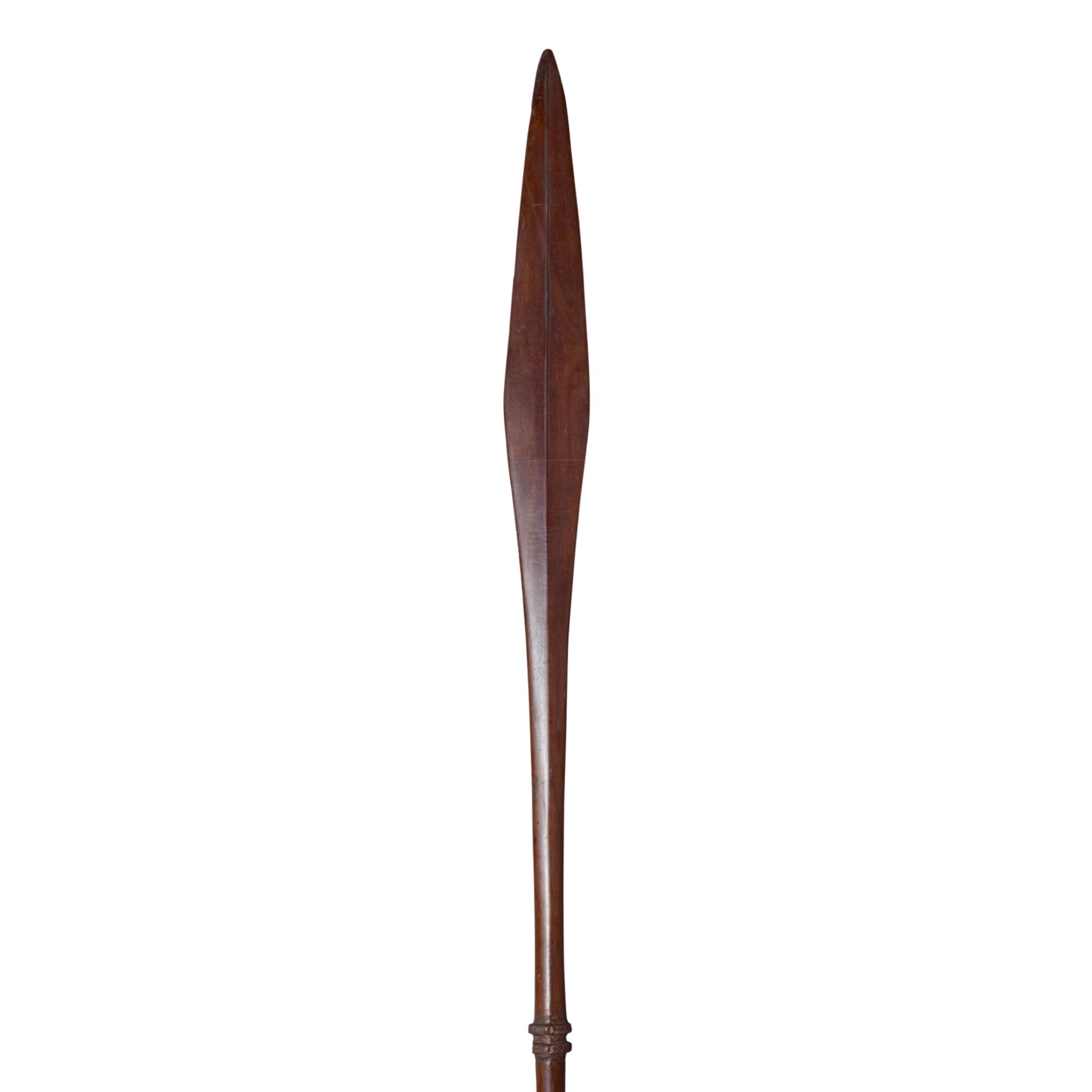 Impressive spear clubs such as this were seen on Rurutu in 1769, during Cook's First Voyage. The naturalist Joseph Banks noted that "Their arms were long lances, made of the Etoa [Casuarina equisetifolia], the wood of which is very hard; they were well polished and sharpened at one end [...] they had also a weapon which was both club and pike, made of the same wood [...] this also was well polished and sharpened at one end into a broad point." (Hawkesworth, An Account of the Voyages Undertaken [...] for Making Discoveries in the Southern Hemisphere [...] from the papers of Joseph Banks, London, 1773, vol. 2, p. 227). A slightly later observer, the English missionary William Ellis, wrote that "the spears of the inhabitants of Rurutu [...] are remarkable for their great length, and elegant shape, as well as for the high polish with which they are finished." (Ellis, Polynesian Researches, London, 1829, vol. 2, p. 496).

Hooper illustrates a closely related spear club with similarly deeply carved chevrons on the collar (Hooper, Pacific Encounters, London, 2006, p. 217, cat. no. 188). Slightly smaller in size, that example was collected in the Pacific between 1818-1822 and entered the collection of the Marischal Museum at the University of Aberdeen in 1823 (inv. no. ABDUA 4158). Hooper notes that a Rurutu provenance for these spear clubs "is confirmed by an example at Saffron Walden which was collected on Rurutu by [the missionary] George Bennet in 1822" (ibid.).