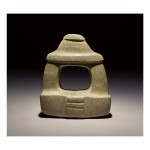 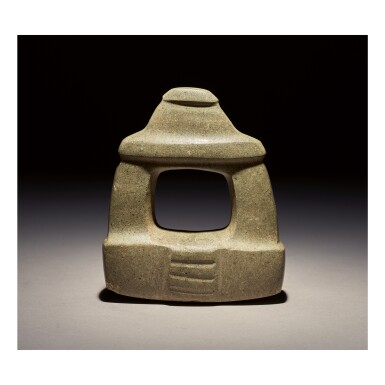 Acquired by the grandfather of the current owner in the 1960s

Mezcala temple models were collected as early as the 19th c. by William Niven among other explorers in Guerrero. Their appeal blossomed in the 1960's after publications by Miguel Covarrubias, and Carlo Gay's "Mezcala Architecture in Miniature" ( in Jones, Houses for the Hereafter, Funerary Temples from Guerrero, Mexico, From the Collection of Arthur M. Bullowa, New York, 1987, pp. 9-10).