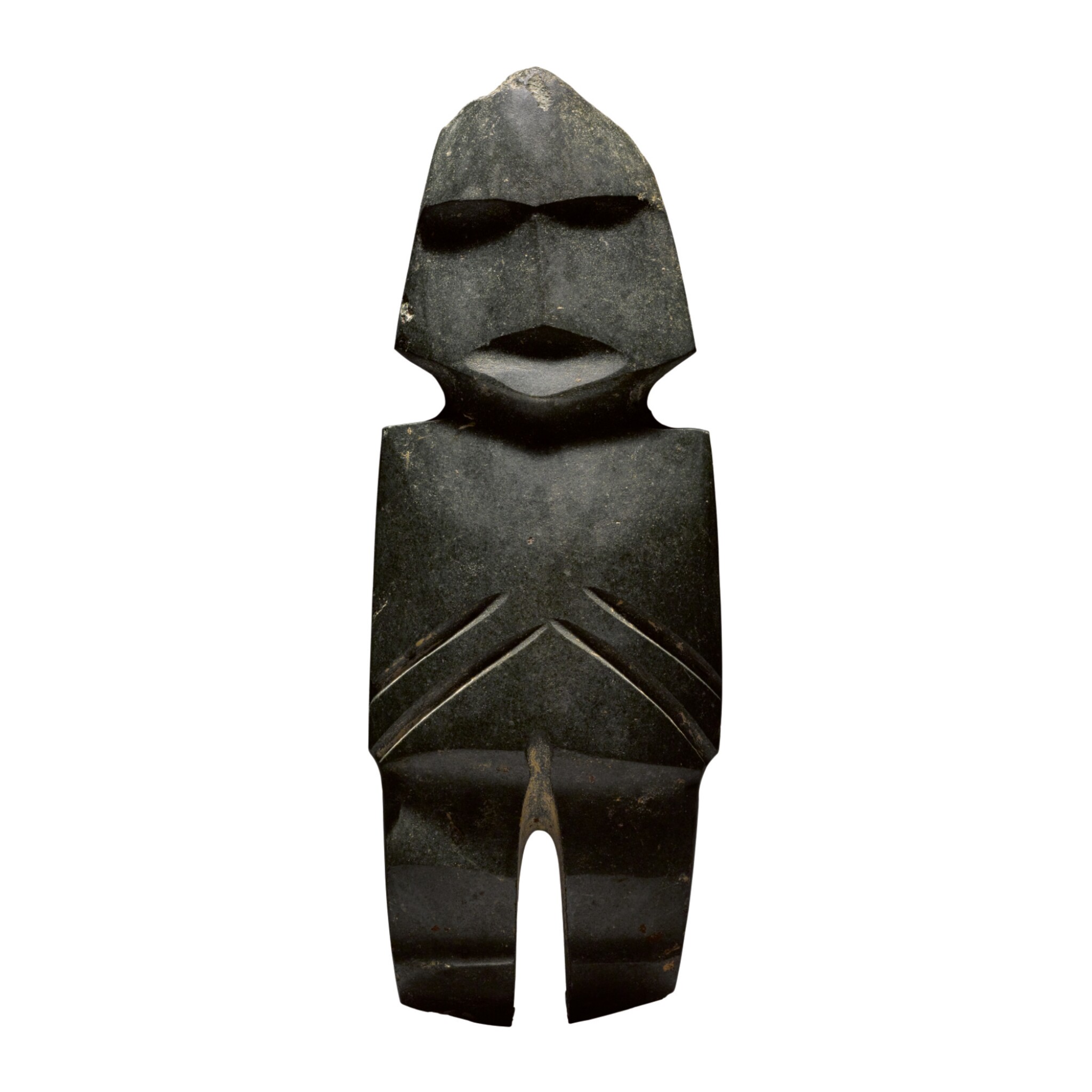 According to Carlo T. E. Gay, Mezcala sculpture "alters our traditional perception of the human form by its geometric rather than naturalistic interpretation […] the sculpture is based on a clever play of volumes and planes, usually within a symmetrically composed, contained format. Stripped clean to the basic position of standing, seated or kneeling and devoid of flying appendages, the figures manifest a commanding presence." (Gay and Pratt, Mezcala: Ancient Stone Sculpture from Guerrero Mexico, Geneva, 1992, p. 21). Indeed the pared-down modernist aesthetic of Mezcala figures such as the present example imbues the corpus with a timeless appeal. This figure is classified as "M-10" for its formal traits, such as the planar face and its forearms, which are rendered sharply incised.