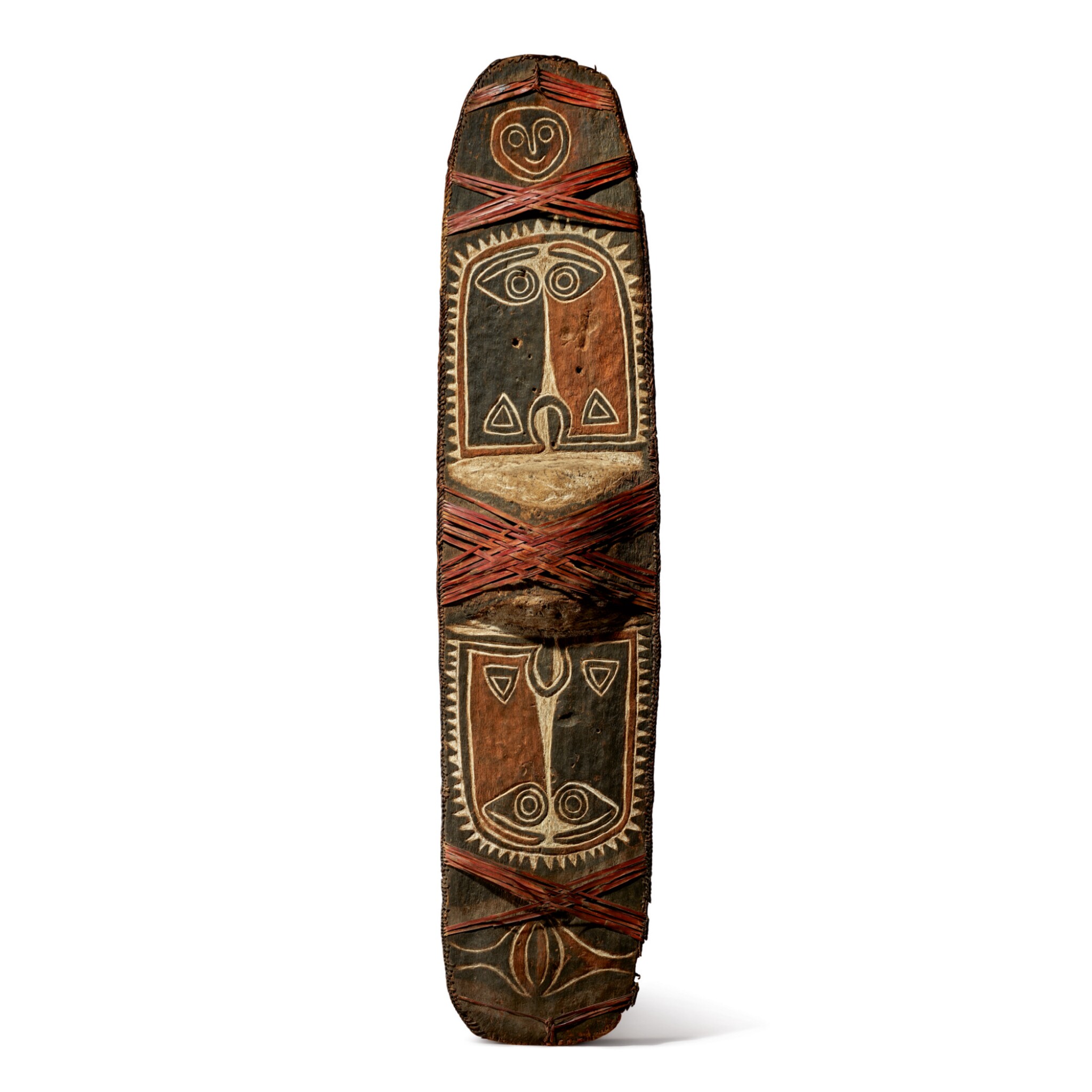 The Mengen people live on the south coast of New Britain, in the area of Jaquinot Bay. Their art making tradition includes a large number of ceremonial shields made from wood and woven fiber, which were carved in low relief and painted with red, white and black pigment. Of this particular example, Allen Wardwell describes the opposing stylized heads on the central shield and the smiling face at the top as being: “reminiscent of Papuan Gulf art. The small face that appears on top of this example delineated by a continuous line encompassing the nose, brows, cheeks, and chin is another Papuan convention. Despite these congruenies, however, there is no evidence that the two peoples ever had contact with one another” (Island Ancestors, Detroit, 1994, p. 130).