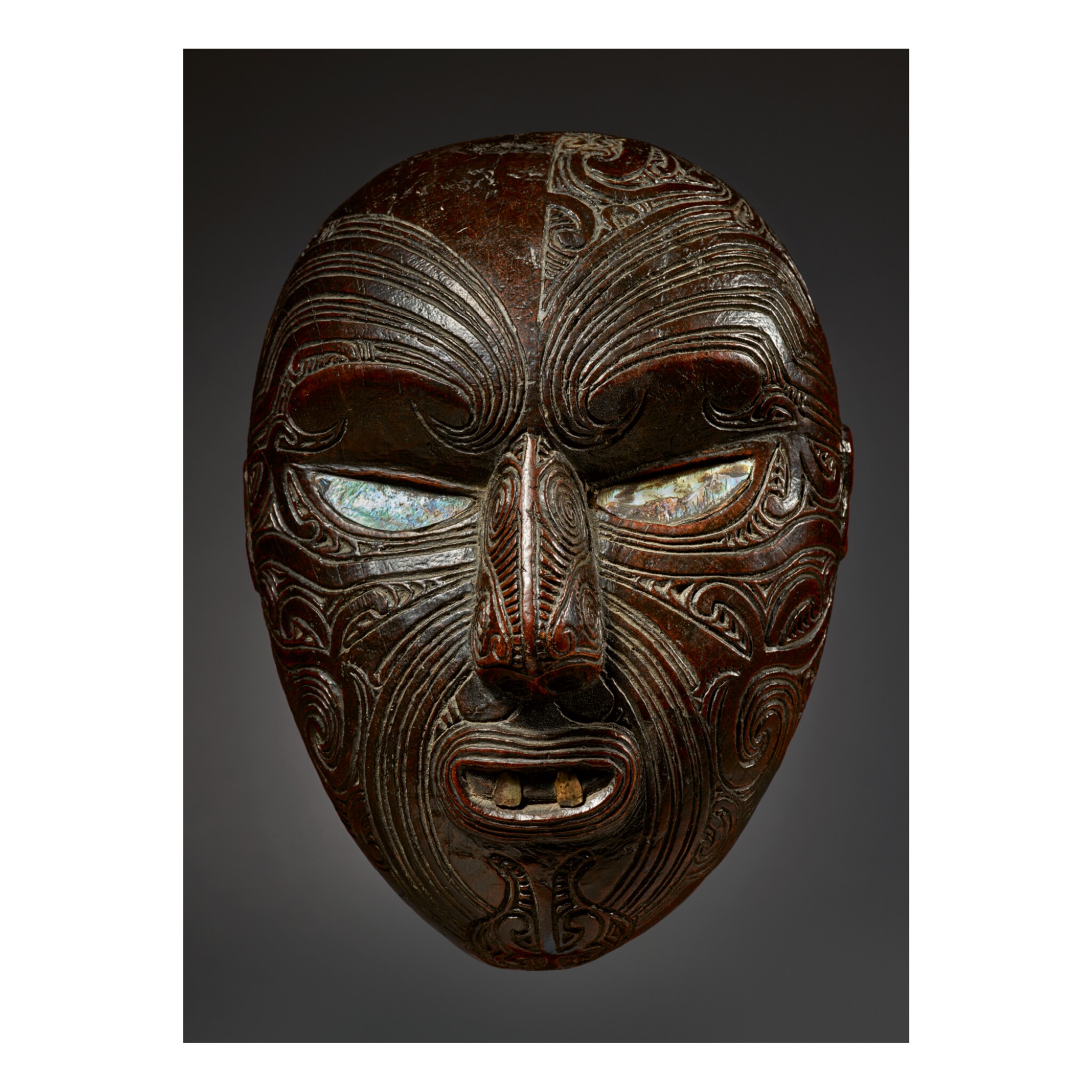 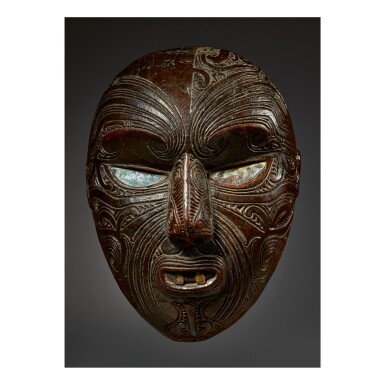 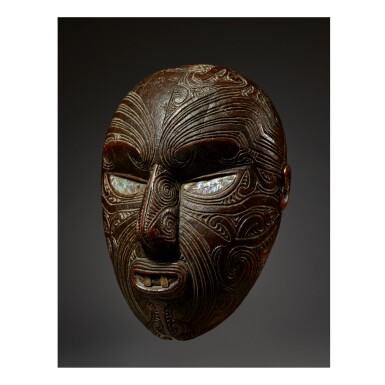 Within the exceedingly rare corpus of Maori sculpted heads, the present example, with its powerful presence and masterly rendered features, represents a particularly high achievement of the Maori sculptors' art. The head depicts an ancestor with an incised curvilinear moko tattoo and iridescent paua shell inlaid in its eyes and teeth. Tattoos, moko, were "visual representation of the whakapapa (genealogy) of an individual" (Smith, Maori. Leurs trésors ont une âme, Paris, 2012, p. 86). They were meant to visually convey the personal history of the ancestor represented, as well as his hierarchical position within society. It was the sole prerogative of the highest dignitaries and great warriors to wear a full facial moko. According to Terence Barrow, who establishes an analogy between these sculpted heads and the preserved heads of great chiefs, these pieces were portraits which could act as a substitute for a preserved head in the event of its loss or deterioration. (Barrow, Maori Art of New Zealand, Wellington, 1978, pp. 34-37). Displayed on wooden palisades during important ceremonies or affixed to sculpted bodies, these sculpted heads embodied the presence and mana of the most important ancestral figures.

Kenneth Athol Webster was a pivotal figure in the community of early British collectors of Polynesian art. In 1957, when Hélène and Henri Kamer decided to host an exhibition entitled Exposition des arts d'Afrique et d'Océanie, they solicited a loan of the majority of the Maori pieces from Webster. This head was among that group of objects, which were chosen for "their aesthetic characteristics and their importance in the field of artistic creation" (Kamer and Kamer, Arts d'Afrique et d'Océanie, Cannes, 1957, p. 11). For a closely related head in the Menil Collection in Houston see de Ménil et al.,