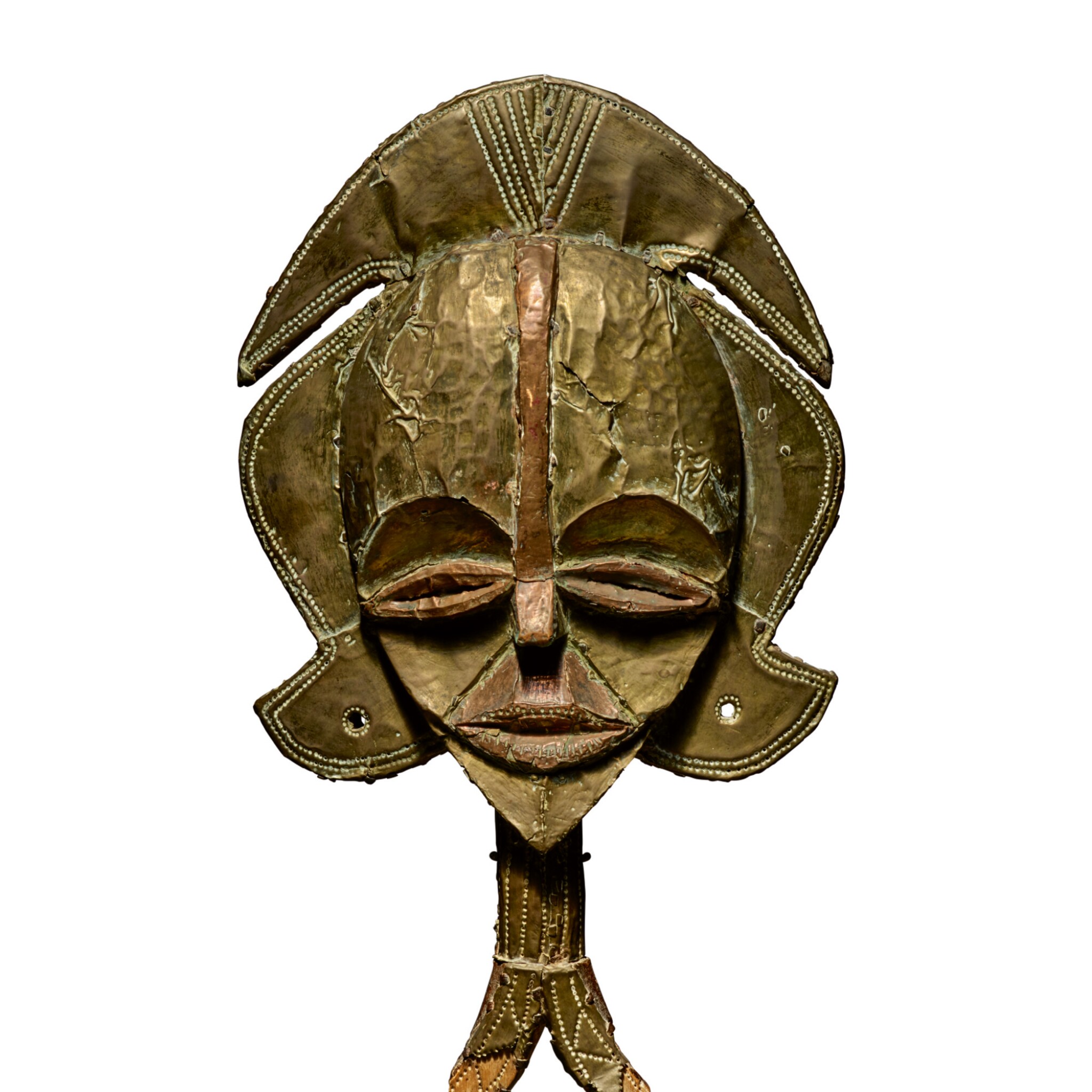 Reliquary sculpture of central Africa has been rightfully "considered to occupy the very summit of African creativity" (Alisa LaGamma, Eternal Ancestors, New York, 2007, p. 3). Kota reliquary figures, in particular, have become icons of world art, and are today instantly familiar to Western viewers. The basic elements of this tradition are distinctive and do not exist elsewhere in Africa; carved in wood, the human head is rendered with graphic geometrical shapes in a flattened, mostly two-dimensional shape, rising vertically on an integrally carved cylindrical neck above an open lozenge. The front of the sculpture (and sometimes also the back) is covered with an arrangement of flattened metal attachments, often in varying colours and with chased geometric motifs.

This example belongs to a small corpus of "Southern Kota" reliquary figures called "Obamba and Wumbu" by Louis Perrois (Kota, Milan, 2012, p. 150) or "Obamba or Mindumu" by LaGamma (ibid., pp. 234-239). The sculpture’s downturned eyes lend its face a somewhat plaintive and meditative air. Reliquary figures in this style have long been prized for their Cubistic architecture; see Sotheby’s, New York, November 13, 2017, lot 50, and Sotheby’s, New York, May 15, 2017, lot 110 for an example once in the collection of André Lefèvre, an avid collector of the work of Picasso, Braque, and Gris. Félix Fénéon’s fine collection of Kota sculpture included at least one of this type (see Sotheby’s, Paris, December 12, 2017, lot 37), and others were published and exhibited in the 1920s and 1930s, including two from the collection of Paul Guillaume: the reliquary figure now in the Malcolm Collection, first published in Cahiers d'art in 1927, and another, published in Cunard, Negro Anthology Made by Nancy Cunard, London, 1934, p. 708.