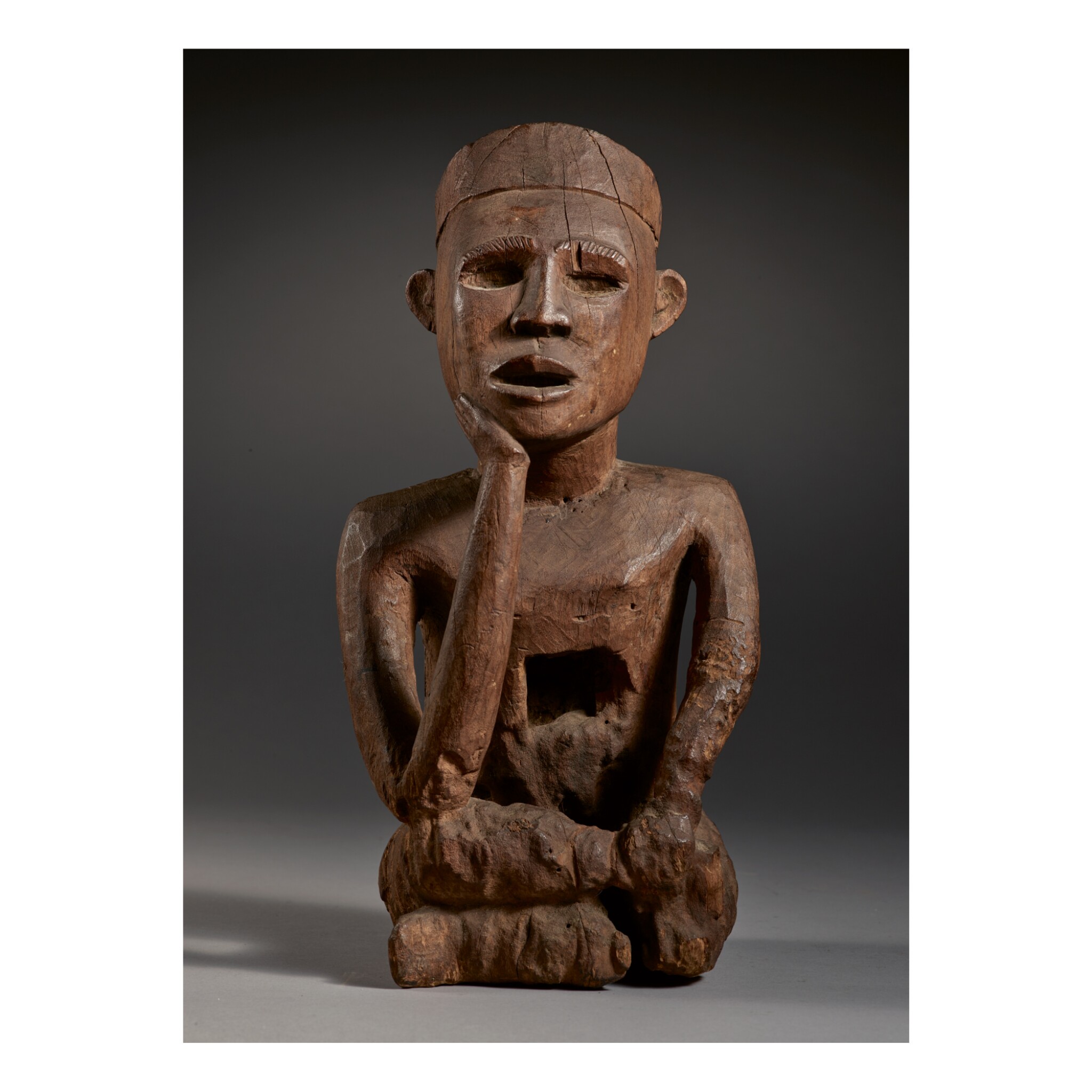 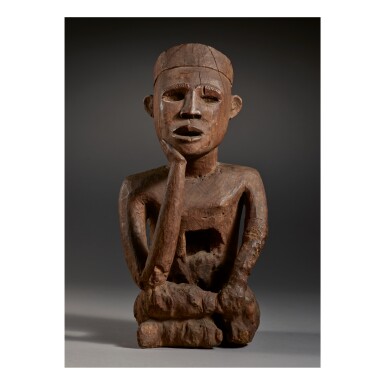 Property from the Estate of Sheldon M. Tucker, Houston

The Kongo people are renowned for the creation of religious sculptures called power figures, or minkisi (sing. nkisi). The guiding idea behind the creation of minkisi was that powerful malevolent or benevolent forces could be manipulated into aiding humans with the solution of problems ranging from ill health, infertility, and other physical issues to misfortune and danger as well as more abstract difficulties such as asocial behavior, legal dispute and crime.

The procedure for composing a nkisi could be very complex and extend over days or weeks. A diviner (the nganga) and the other participants had to obey to a prescribed set of rules which could include dietary restrictions, the performance of chants and rhythms, as well as prayers during the creation period. The nkisi was intended as a container for specific supernatural powers and had to be inviting both on an aesthetic and mystical level. Figurative sculptures were created by professional carvers, some of whom were well known for the quality of their work. The nganga gave iconographic instructions and, upon completion, activated the nkisi through the insertion of animal, vegetable and mineral materials known as “medicines” (milongo or bilongo) that invoked through their substances, names, forms or provenance the powers the nkisi was intended to control.

The necessary animating ingredients were inserted into cavities inside the figures, often behind the eyes, inside the head or abdomen, or they were attached or suspended in pouches, neckbands, belts etc. Abdominal resin or mud packages were often “sealed” with mirror-glass imported from Europe. Once animated, the nkisi was an “alive” powerful being, analogous to a human.

The nkisi presented here no longer possesses the aforementioned milongo or bilongo. Additionally, its eyes are lost and its crossed legs are weathered with the feet missing. The result is a haunting image of tranquil beauty, fitting for an nkisi that is no longer animated. Formerly in the collection of the visionary anthropologist Lieutenant General Augustus Pitt Rivers, this sculpture is a fine example of a Kongolese carver’s ability to endow an nkisi with human pathos.