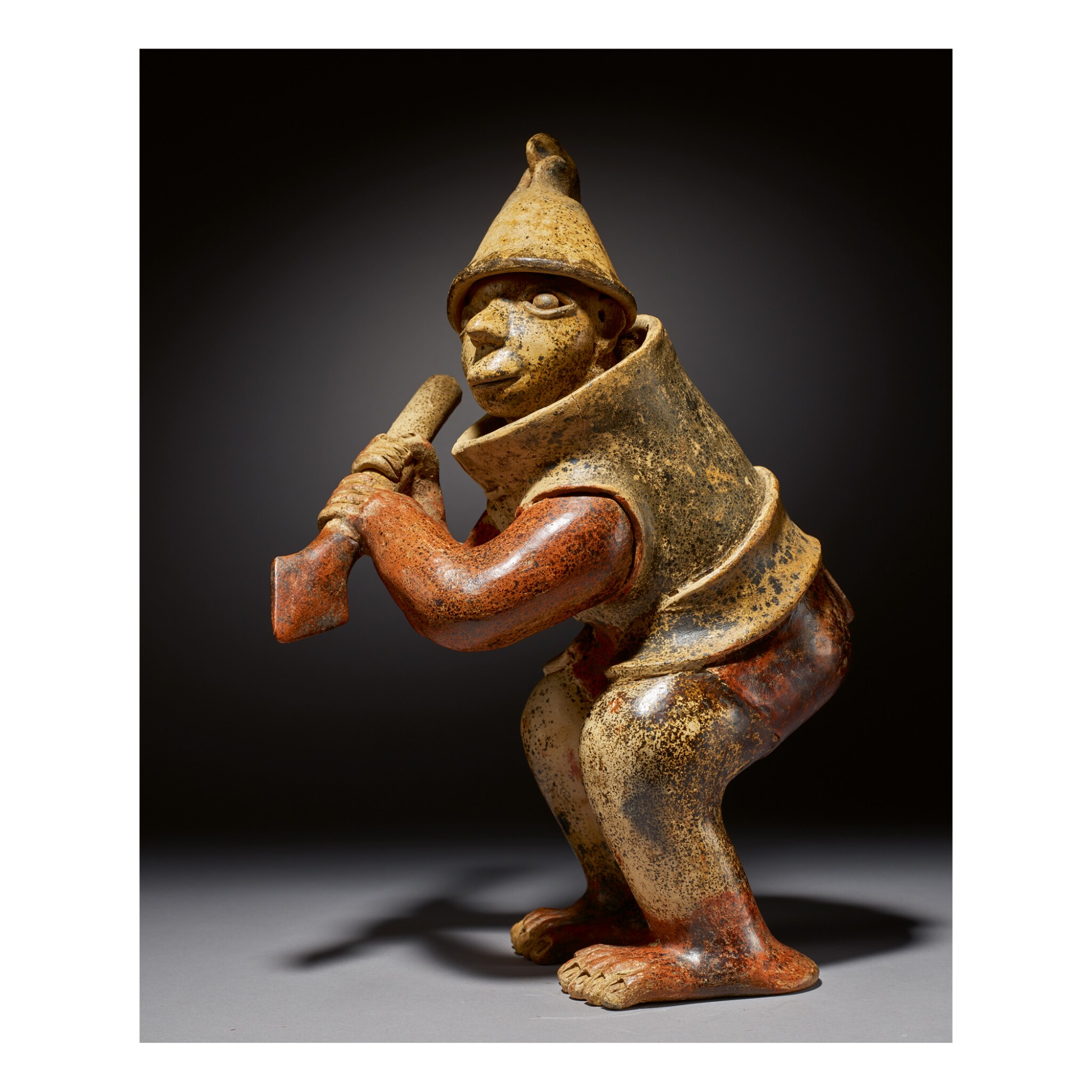 American Private Collection, acquired from the above

The Ameca-Etzatlán warrior figures are notably consistent in their defensive posture, which is in marked contrast to their calm and often bemused facial expression. The protective body and head gear provide graphic clues to the clothing of this ancient guardian class. The smooth casing on the upper torso might indicate animal hide, which is attached to a wide padded belt by tabs around the hips. The bell-shaped head gear was painted with a design possibly indicating tightly woven basketry. For similar examples in the Andrall E. Pearson family collection see Butterwick, Heritage of Power, Ancient Sculpture from West Mexico, New York, 2004, cat. nos. 6 and 7.