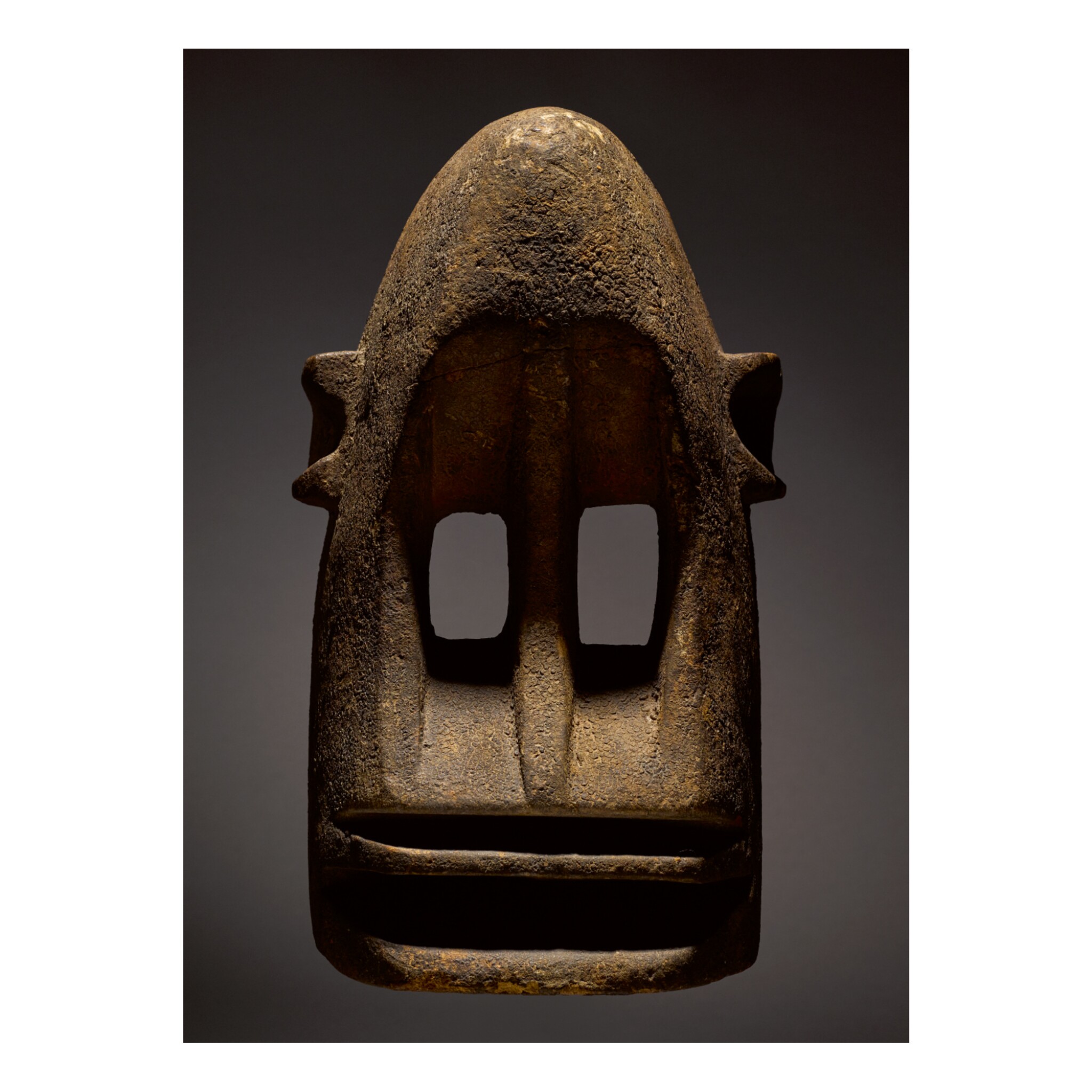 Private Collection, Paris, acquired from the above in the 1980s

This Dogon mask is notable for its remarkably rigorous and architectural form, with the horizontal lines of the mouth contrasting with the concave, arching vertical forms which delineate the nose and the sides of the head.

This style of mask is known as dege, the name for a black monkey, a creature noted for its unpredictability, gluttony, and general villainy. The dege mask appears in an "obscene or comic performance" which illustrates these character traits (Richards, "What's in a Dogon Mask", Res: Anthropology and Aesthetics, Nos. 49 & 50, 2006, p. 108).