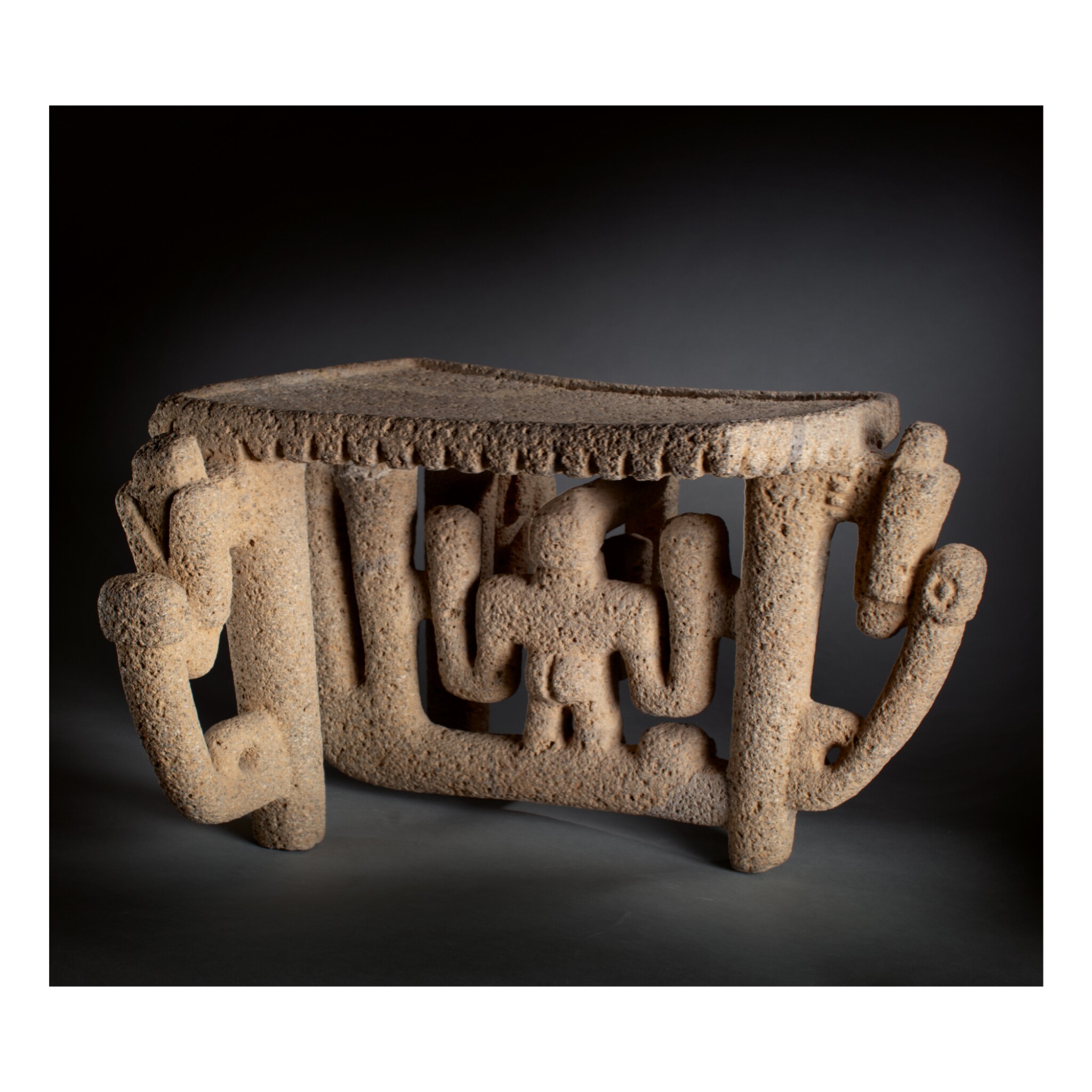 The 'unique and most spectacular' type of stone sculpture from Costa Rica are the flying-panel metates of the Central Highland/Atlantic watershed region. They exhibit virtuoso carving which transformed large volcanic blocks into openwork sculptures of dynamic figural and zoomorphic forms. Possibly used as altars or thrones, the slightly curved platforms most likely functioned as tables for the preparation of ceremonial food or hallucinogens, and are supported on a theater of active figures.

The central figure on this stone metate is wearing the "beak-bird" zoomorphic mask with massive scrolled beak and arms bent at right angles on each side; long-beaked birds project in a diving motion from each of the columnar legs. The highly geometric anthropomorphic forms echo the reductionist quality of much later artists work such as Keith Haring’s signature graffiti characters. For similar flying-panel metates, see Abel-Vidor et al., Between Continents, Between Seas: Precolumbian Art from Costa Rica, New York, 1981, p. 119, cat. nos. 144-147.