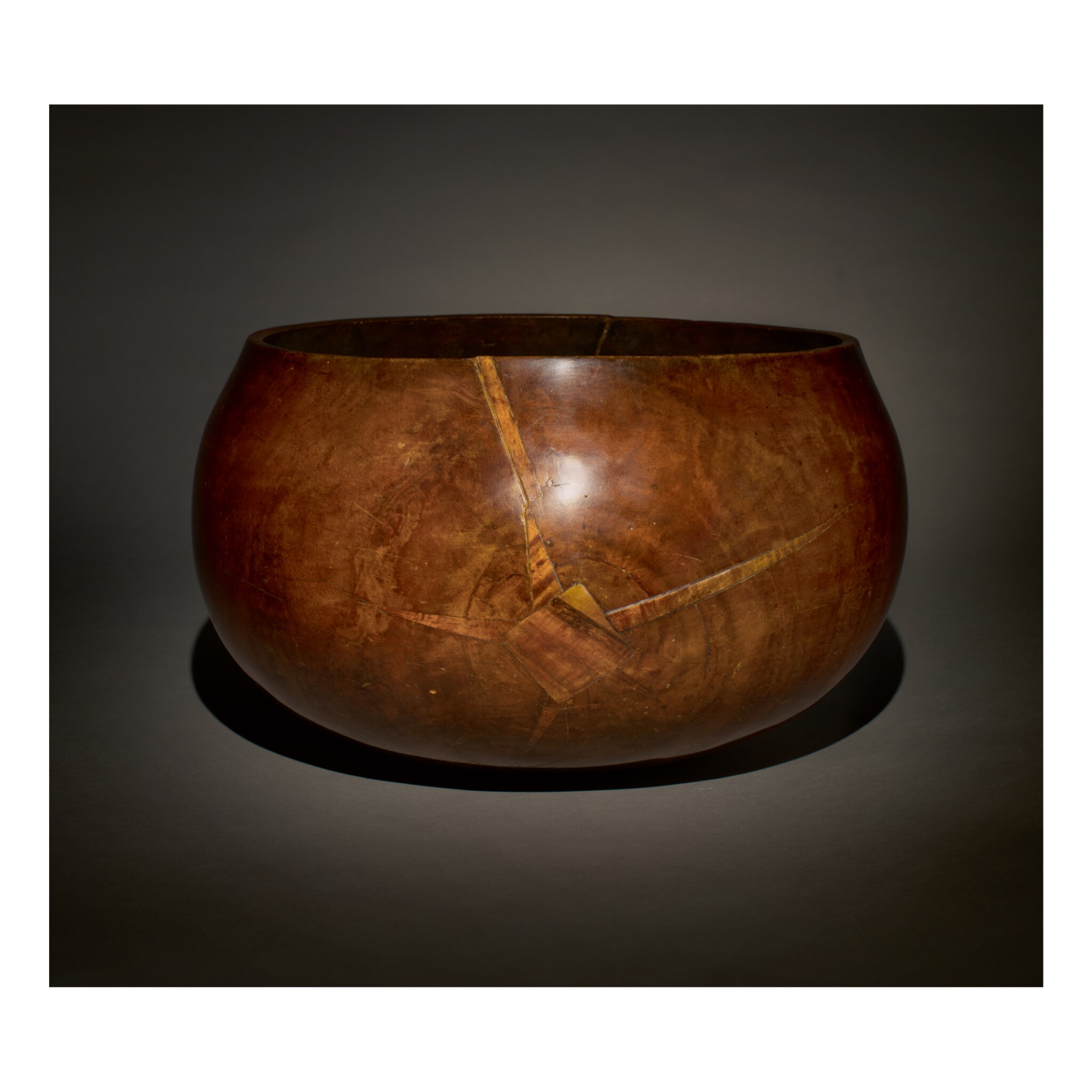 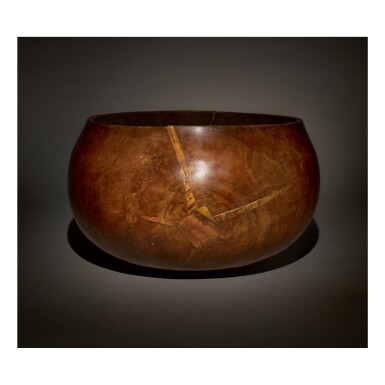 Combining functional form with timeless elegance, Hawaiian “calabash” (so called because of their resemblance to a hollowed gourd) bowls are as testimony to skill of classical Hawaiian artisans. These bowls, used for food storage and serving, were carved from a single piece of wood which was selected by the craftsman for both its physical and aesthetic qualities, namely distinguishing colors and the curving lines of its grain patterns. The 19th century native Hawaiian historian, David Malo (1793–1853), discussed the process of creating such bowls during his lifetime:

“Those who were skilled in the art of carved bowls and dishes out of different woods; but the kou was the wood generally used for this purpose. After the log had been fashioned on the outside it was either deeply hollowed out as a calabash, umeke, or as a shallow dish or platter, ipukai, to hold fish or meat. A cover also was hollowed out to put over the ipukai and the work was done. The dish was then rubbed smooth within and without a piece of coral, or with rough lava (oahi), then with pumice or a stone called oio. After this, charcoal was used, then bamboo lead, and lastly it was polished with bread-fruit leaf and tapa; the same was done to the cover, and there was your dish” (Malo, Hawaiian Antiquities (Moolelo Hawaii), 1951, p. 122 cited in Rose, Hawaii: The Royal Isles, Honolulu, 1980, p. 178).

While the technology evolved as metal tools became more readily available, the manufacture of calabash bowls persisted through the 19th century (ibid.). Their traditional facture and style of repairs influenced international woodworkers and modern designers such as George Nakashima.