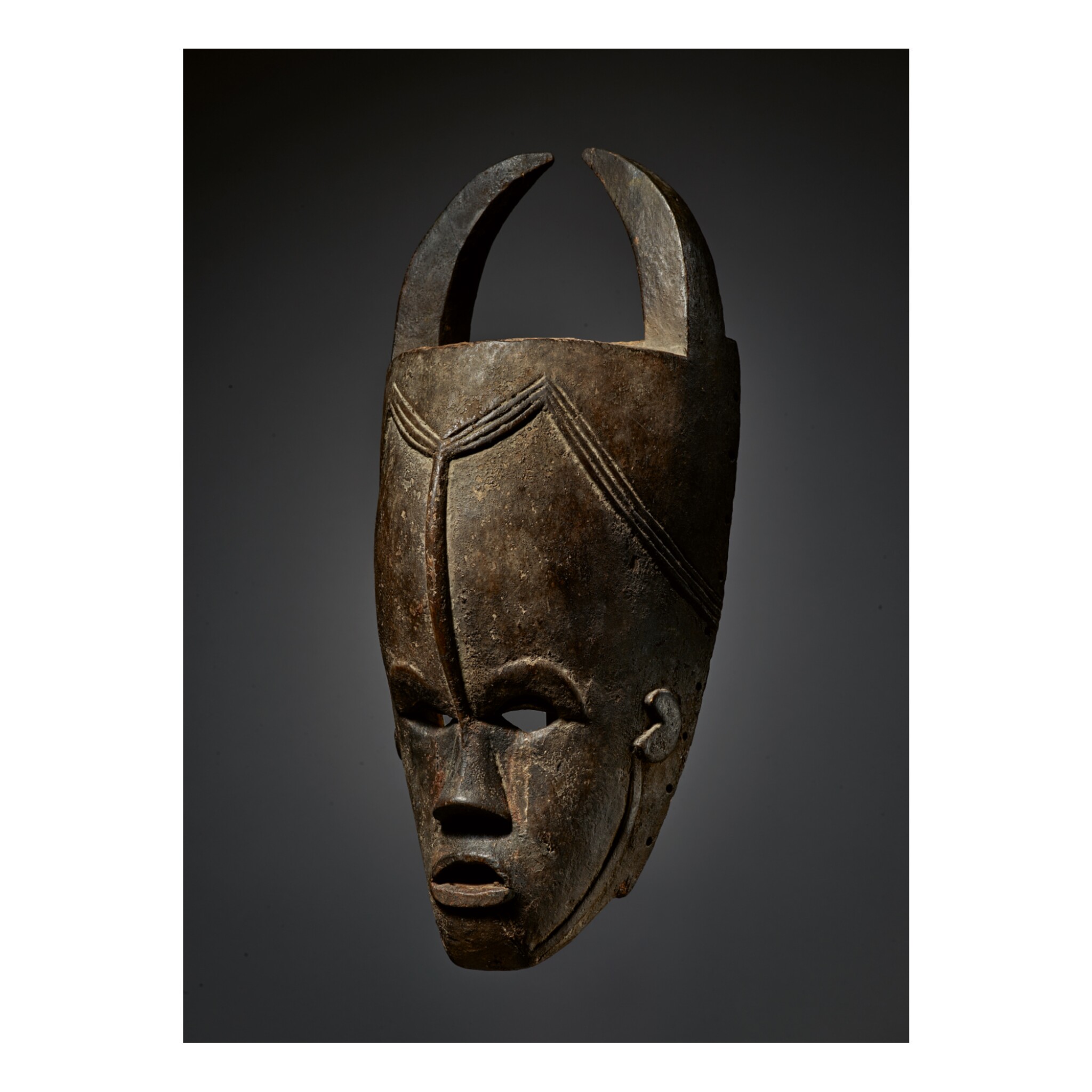 Annie Laurie Warmack Crawford Aitken, New York, acquired from the above in 1940

Russell B. Aitken, New York, by descent from the above

In the study of the history of African Art, the notion of the individual artist was not introduced until 1935 when Hans Himmelheber identified nineteen artists from Côte d'Ivoire in his groundbreaking Negerkünstler. Two years later, the Belgian art historian Frans Olbrechts identified a body of work created by "The Master of the Long Face of Buli", referring to the now famous Luba carver active in the 19th century. Subsequently, the identification of authorship and workshops has become an increasingly important focus of African art history. Following the methodologies established in ancient Greek and Medieval art history, the identification of an artist's body of work is based on stylistic and contextual evidence, and often names of convenience are used, when the artist's actual name remains unknown.

In 1985, Eberhard Fischer and Hans Himmelheber suggested in the context of their important exhibition at the Rietberg Museum, Zurich, Die Kunst der Guro, Elfenbeinküste, that a small group of masks were works by the same artist whom they called the "Master of Gonate" (Fischer and Himmelheber, Die Kunst der Guro, Elfenbeinküste, Zurich, 1985, p. 44 and pls. 11-13; for an amended English version see Fischer, Guro: Masks, Performances, and Master Carvers in Ivory Coast, Zurich, 2008, pp. 343-345 and pls. 343-346). The group they identified consisted of two masks in the collection of the Rietberg Museum (inv. nos. RAF 500 and RAF 507, collected before 1928 and 1932 respectively, both previously in the collection of Baron Eduard von der Heydt), a mask in the Völkerkundemuseum at the University of Zurich (inv. no. 10038, previously in the collection of Han Coray), and a mask from a private collection in New York.

Discussing one of the masks from the Rietberg Museum (inv. no. RAF 507) – which, like the present mask, features two curved horns – Fischer notes: "Gonate is a village with a mixed population of Guro and Bete people in the region between Buafle and Daloa. [...] This master's masks – worn at an angle in front of the face and hence neither true face masks nor helmet masks – are carved out of lightweight wood and seem to be almost rectangular. Perhaps the most subtle mask by the Master of Gonate is in the von der Heydt collection, now in the Museum Rietberg Zurich and published in 1932. […The hairstyle is] indicated only by three parallel ridges separated by grooves, which form the M-shaped hairline. Below this, a high forehead is marked down the middle by a vertical scar. Slightly raised semicircles surround the elliptical eye-slits, half closed by the heavy upper lids. The relatively short but high, and in cross-section triangular, nose ends abruptly without nose-wings but has two nostrils burned in. [...] The ears are highly geometrical, each carved as a flat, raised, three-quarter circle. [...] All masks by the master of Gonate are clearly shaped with softly modeled planes, decorative details in slightly raised relief work, and usually a particularly expressive mouth." (ibid., pp. 343-344).

A close comparison of the present mask with the known corpus of works by the Master of Gonate allows us to clearly identify it as the work of this great Bete-Guro artist. Its close resemblance to the horned mask discussed by Fischer is particularly striking. The curved forms below the ears, which seem to suggest a beard, are seemingly unique to this mask, just as the cruciform scarification marks are unique to the horned mask in the Rietberg Museum. As with most of the other masks by the Master of Gonate, the present mask has a provenance dating to the 1930s. Its first known owner is Frank Crowninshield, who probably acquired the mask through his friend John Graham, the painter, collector, and theorist, who acquired many African sculptures for Crowninshield in Paris during the first half of the 1930s