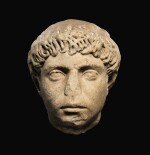 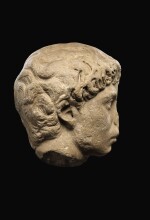 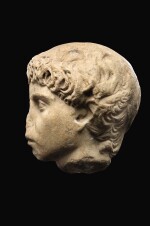 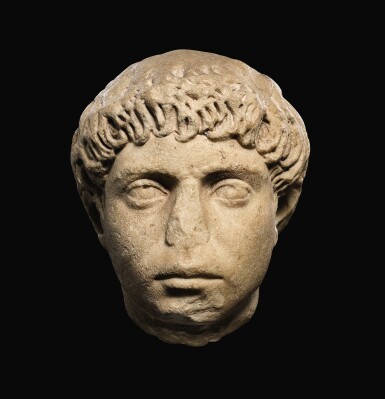 his hair radiating from the crown and falling over the forehead in drilled comma-shaped locks, the eyes with incised irises and drilled pupils; no restorations.

seized from the above by the Einsatzstab Reichsleiter Rosenberg (ERR) following the German occupation in 1944, Aktion Berta (inv. no. B-2580)

transferred by the ERR via Paris to the salt mines at Alt-Aussee, Austria (inv. no. 3336)

repatriated to the French State on January 21st, 1948

restituted by the French Government to Baron Cassel van Doorn on April 27th, 1948

private collection, acquired from the above on February 2nd, 1976

by descent to the present owner

The EER Aktion Berta inventory number 2580 is painted in red on the side of the base.