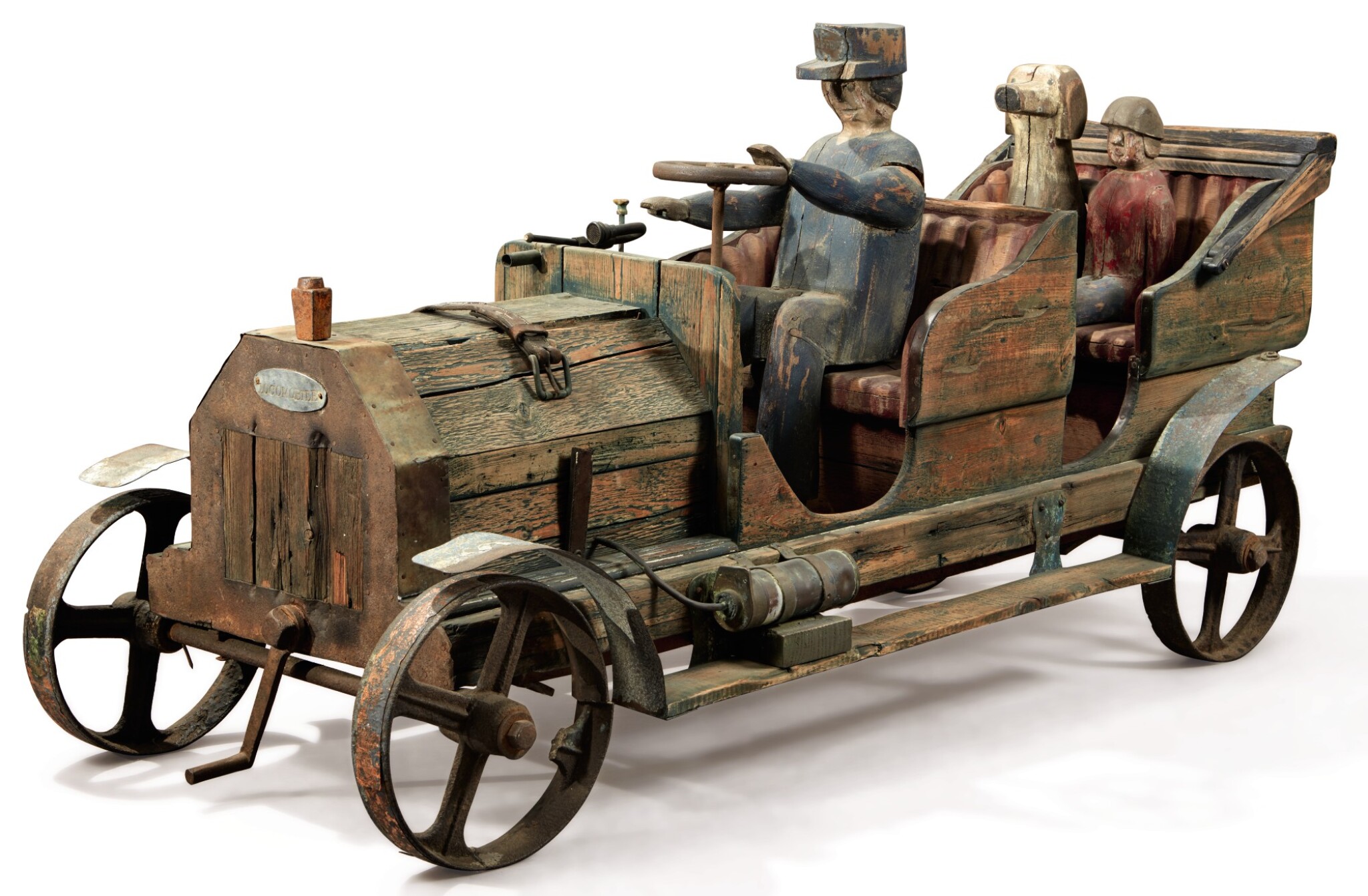 Originally purchased by a woman at a flea market near Baltimore;

The Locomobile Company of America, founded in 1899, was one of the first automobile manufacturers. The company, whose name was a conflation of automobile and locomotive, began by making simple inexpensive steam-driven roadsters, but by 1904 was shifting to more lavish and expensive models with powerful internal combustion engines. This charming, five-feet, nine-inch long sculpture depicts a father at the wheel of what is intended to be a top-of-the-line Locomobile Model 48 touring car with its top down and his son and happily alert dog in the back seat. The auto sports a Locomobile sign on its front. The Model 48, which sold for more than $10,000, was made from 1919 until the company closed its doors in 1929.