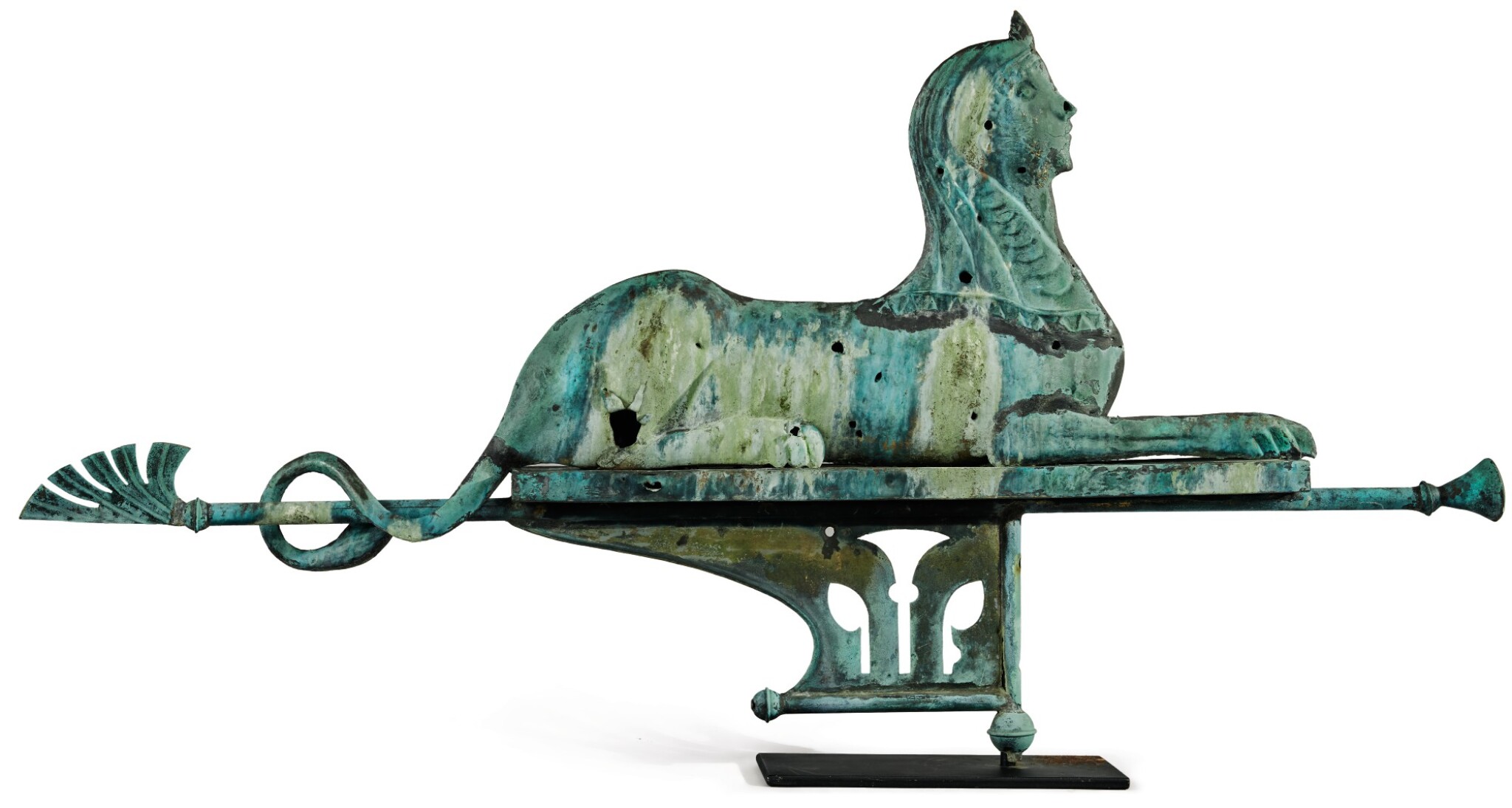 This weathervane is illustrated in the J.L. Mott Iron Works (New York: 1891) catalogue.

This extraordinarily rare weathervane in the shape of a sphinx, an ancient mythological creature and symbol of wisdom, dignity, vigilance and strength. Mott offered this unusual form in three sizes—four, five, and six feet long. This four-foot example is ornamented by Egyptian motifs and portrays the sphinx's feline body in a crouched position and crowned by a magnificent pleated and molded headdress; her powerful tail wraps around the vane's standard which terminates in a stylized feather while its leading edge displays a lotus flowerhead fully modeled in the round, a motif which reapppears in a reticulated, circular design on the stem below the vane. The vane retains its beautifully weathered original surface.

The design was based on the legendary Great Sphinx of Giza, an enormous statue of a reclining creature with the body of a lion and the head of a man, representing a form of the all-powerful Sun God and symbolizing the union of physical courage and human intellect of a king. Both the Great Sphinx and the Great Pyramid at Giza are believed to have been built during the reign of the Pharaoh Khafre, who ruled Egypt from about 2520 to 2494 BCE. Many Egyptologists also believe that the Sphinx’s face was modelled on Khafre’s own visage.