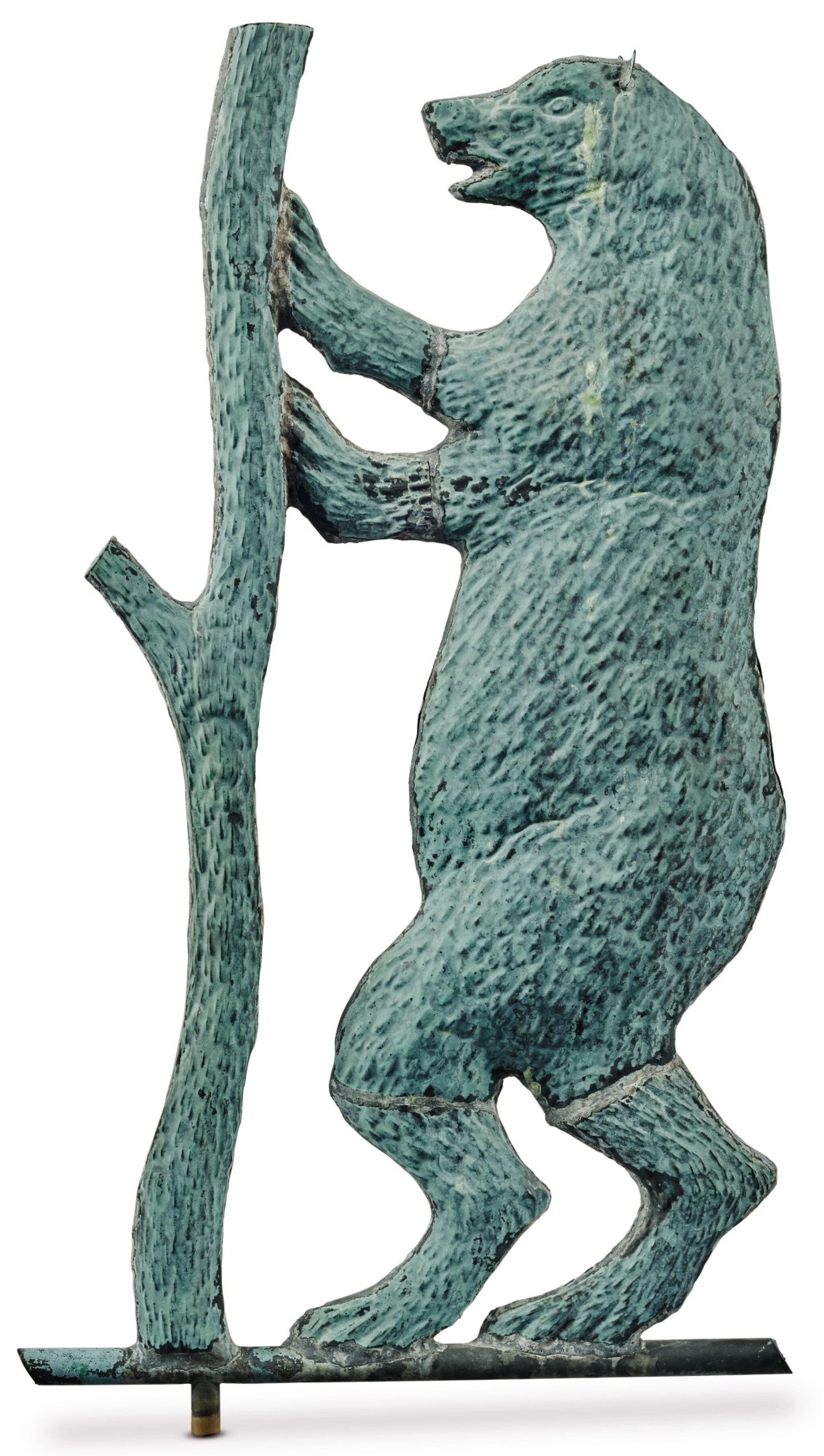 Only two examples of this unusual upright design are known and this one boasts a remarkable verdigris surface. The 1892 Mott catalogue shows the bear and tree mounted on a large arrow but neither known example includes an arrow. Differences between catalogue illustrations and actual products are common and it seems likely that both surviving bears were sold without an arrow.

The vane was undoubtedly inspired by a tamed performing bear that may have been part of a traveling circus. Dancing street bears were common in Europe and the United States in the late nineteenth and early twentieth centuries and many circus posters of the era featured trained bear acts.