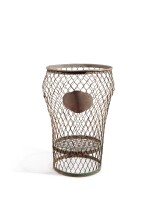 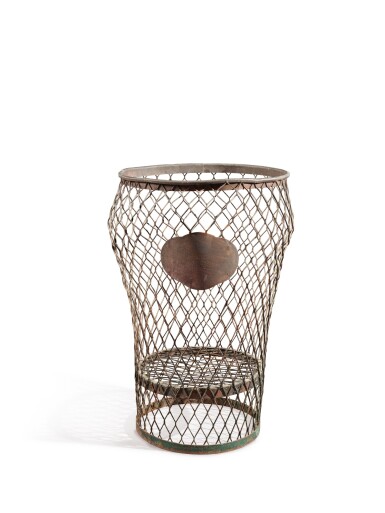 This very rare form is one of a handful of known squirrel weathervanes based on a surviving wooden pattern carved by for Cushing & White by Harry Leach in 1870. This example has particularly prominent wire whiskers. Squirrels are destructive animals that were never popular with farmers and most examples are scarred with bullet holes. A unique variant of this form in a private collection depicts the squirrel gnawing on an ear of corn rather than a nut.

For a similar squirrel to the weathervane by L.W. Cushing & Sons see Steve Miller, The Art of the Weathervane (Exton: Schiffer Publishing, 1984), p. 78. Another similar squirrel weathervane is illustrated in Leslie Anne Miller, Start With a House, Finish with a Collection (New York: Scala Arts Publishers, 2014), p. 260. For a carved pattern used in the production of squirrel weathervanes such as by Henry Leach (1809 - 1885) of Boston, see Stacy C. Hollander et al., American Radiance: The Ralph Esmerian Gift to the American Folk Art Museum (New York: Harry N. Abrams, 2001), p. 341, fig. 305.