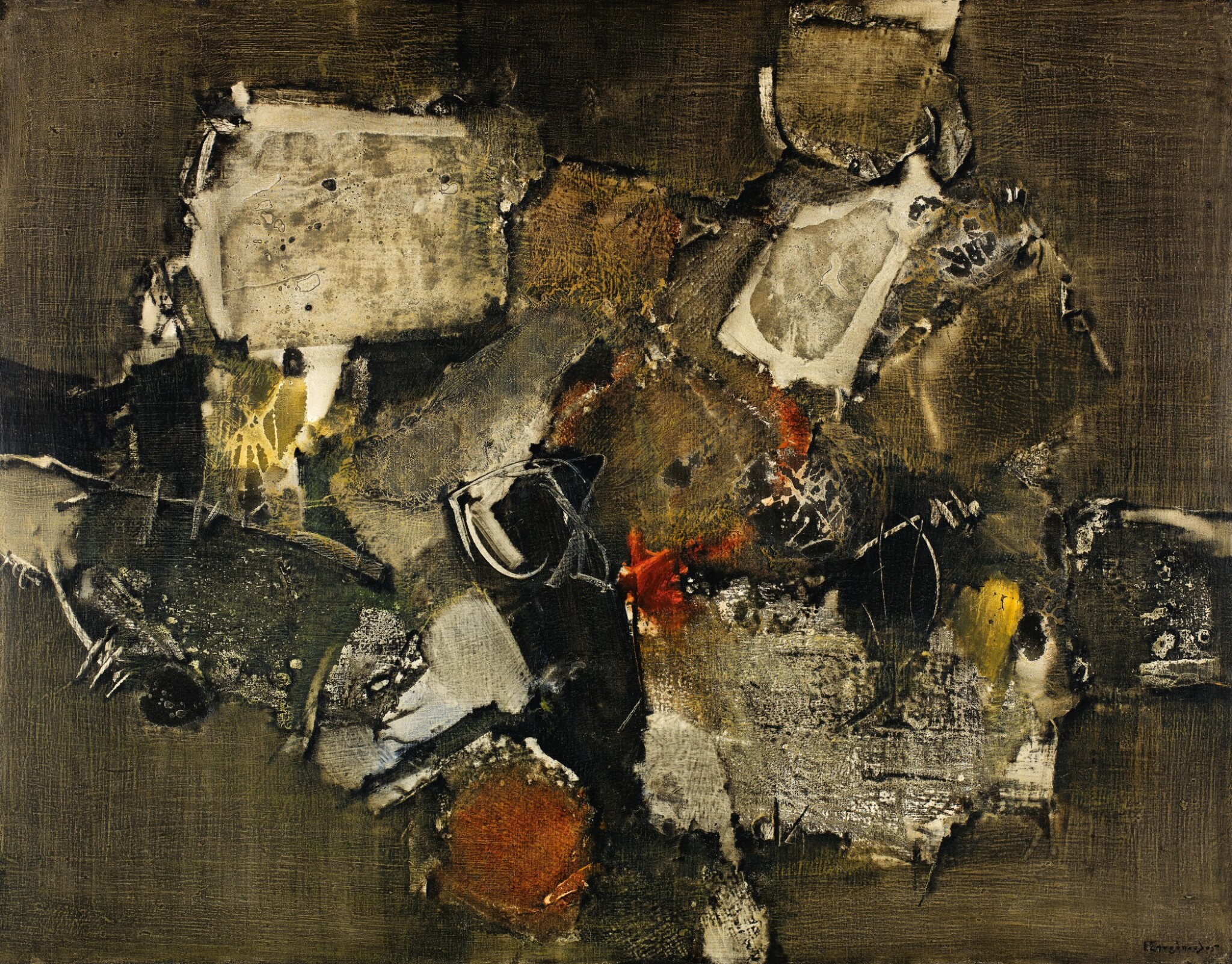 signed in Greek lower right; signed, titled, dated 1962 and inscribed on the stretcher

The canvas is original and is securely attached to a keyed wooden stretcher.

Inspection under ultra-violet light reveals some areas of fluorescence which appear to be inherent to the artist's technique and materials. There is no visible sign of restoration.

This work is in very good condition and is ready to hang.

Little known outside Greece until late 1950s, Yannis Spyropoulos had his first true international success with the fourteen works exhibited at the 1960 Venice Biennale, which won him the UNESCO prize.

Although his oeuvre can generally be placed within the discourse of that ‘materic’ abstraction which characterizes the work of many post war artists in the 1950s and 60s, including that of Franz Kline, Hans Hartung and Jean Paul Riopelle, his works are often described as an attempt to reveal, through the chaos of thick impasto and multiple layering, the inner structure of the world. ‘For Spyropoulos the content of each paintng is the revelation of tones, empty spaces, dense areas, liberating gestures as well as the limits, the encoded aspirations, of strength and weakness, which the world of each artist contains’. (Efi Strousa, ‘Jannis Spyropoulos within and beyond an era’, in Jannis Spyropoulos, Athens, 1989, p. 18).