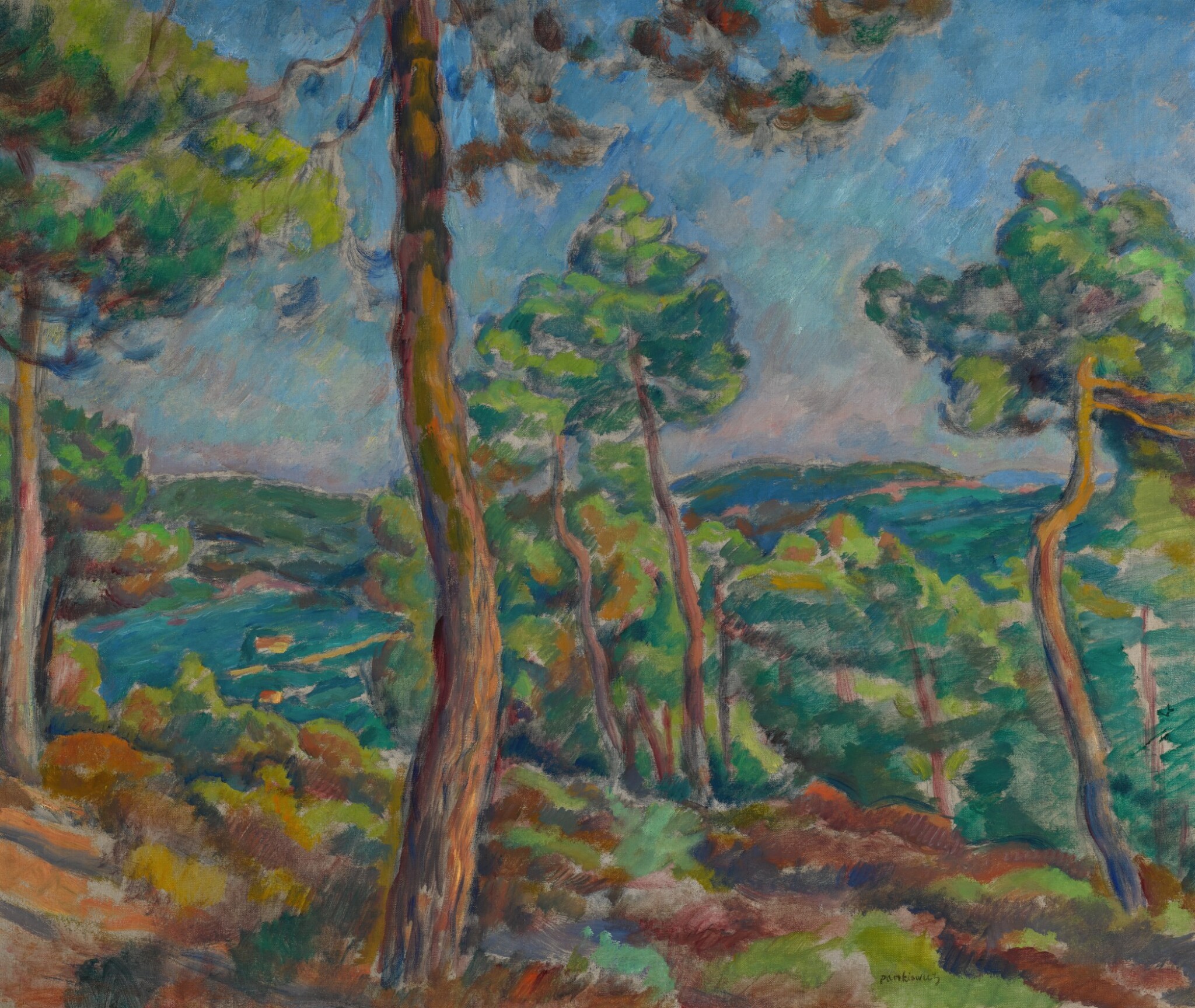 The canvas has not been lined. With the exception of some very fine, scattered, cosmetic spots and lines of in-painting, visible under ultra-violet light, this work is in very good condition and is ready to hang. The paint surface is clean and stable.

Presented in a simple gilt frame.

Polish-born artist Józef Pankiewicz was highly cosmopolitan throughout his life, exploring much of Europe and subsequently introducing many of the avant-garde styles he encountered on his travels to his following of Polish artists. As a result, Pankiewicz dramatically influenced 20th century art in Poland and is widely recognized as the leader of the Polish Colourist circle of the 1930s which included Jan Cybis, Artur Nacht-Samborski, Józef Czapski, Zygmunt Waliszewski, and Tadeusz Potworowski.

The artist explored various subject matters across his career: ranging from a realistic approach to the portraits of street sellers to nightscapes depicted in monochromatic colours. During World War 1 (1914-1918), Pankiewicz resided in Spain where he became friends with the French artist Robert Delaunay and became further inspired by post-impressionist movements such as fauvism. The artist spent many summers in the south of France which inspired many of his rural landscape scenes of Concarneaux, St. Valery en Caux, Collioure, Saint-Tropez, Vernon, and Giverny. The influences of French avant-garde tropes are identifiable within these three paintings: executed in wild brushstrokes reminiscent of fauvism, quasi-impressionistic trees dominate the fore with rolling hills in the background.