PROPERTY OF A EUROPEAN PRIVATE COLLECTOR 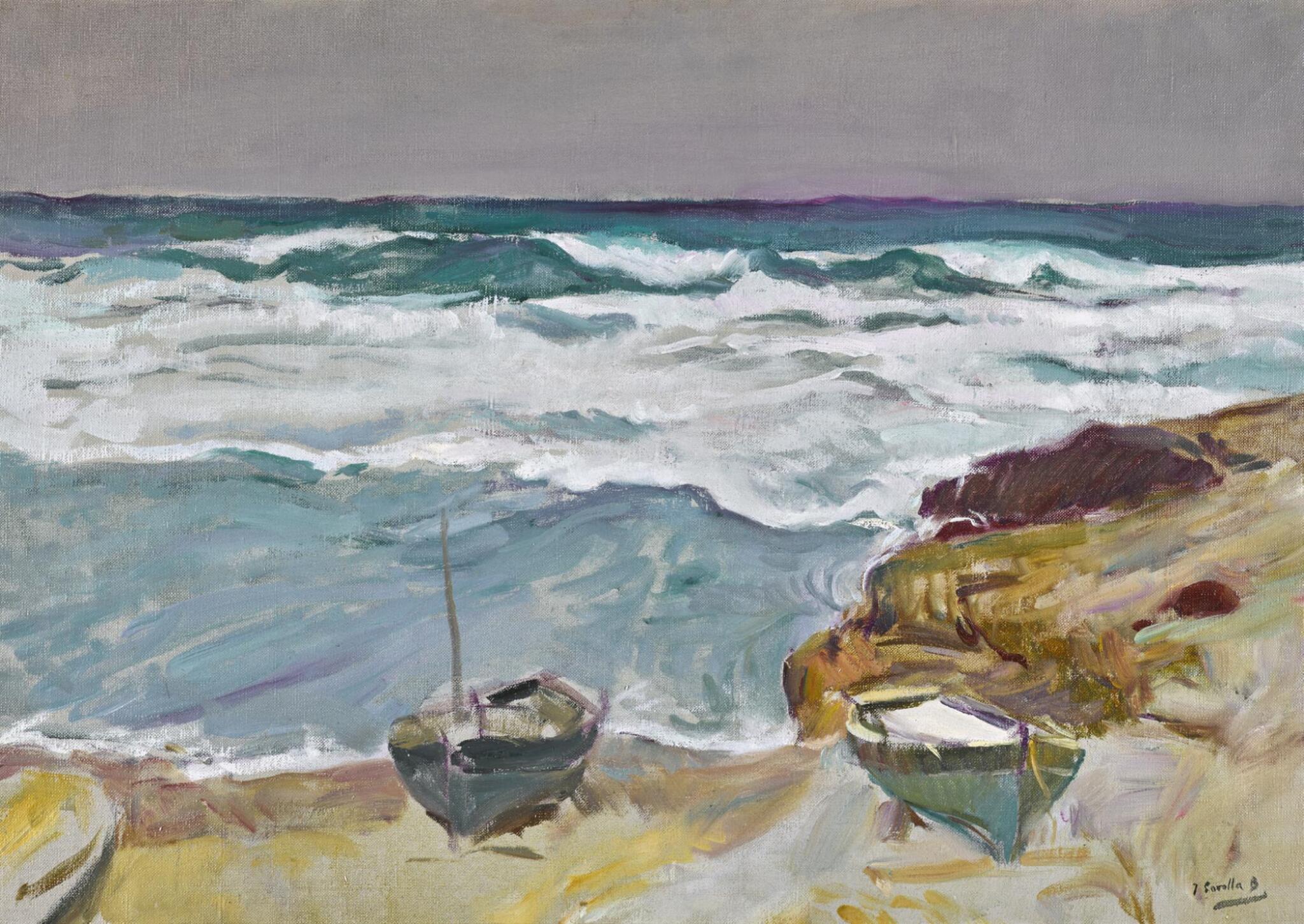 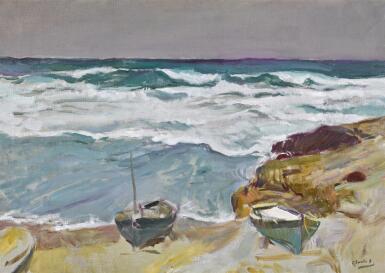 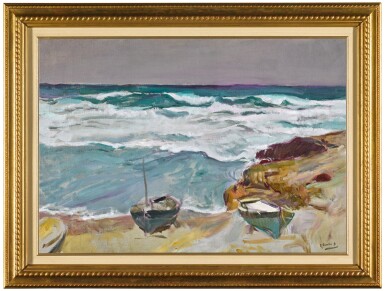 PROPERTY OF A EUROPEAN PRIVATE COLLECTOR

The authenticity of this work has been confirmed by Blanca Pons Sorolla, who will be including it in the forthcoming Sorolla catalogue raisonné (BPS 1646).

The canvas has not been lined and is securely attached to a keyed wooden stretcher.

The paint surface is entirely stable.

Inspection under ultra-violet light reveals some strokes of cosmetic retouching in the upper right corner and a circa 2 by 5cm area in the centre of the upper framing edge. These retouchings are not visible to the naked eye and might be addressing some thinness to the paint surface possibly following some cleaning in the past.

Overall, this work is in very good condition and is ready to hang.

Presented in a decorative gilt frame with a beige inner slip.

María Pons-Sorolla (the artist's daughter, by descent from the above)

Private collection, Madrid (since circa 2009)

'It would be impossible for me to paint slowly in the open air, even if I wanted to...the sea curls up at every instant; the cloud is deformed as it changes place [...] painting has to be fast, because so much is loss, fleeting, never to be found again!'

Painted between February and March 1910.

Sorolla first visited Andalusia at Easter in 1902 with his close friend Pedro Gil de Mora and his wife. He did not return until 1908 when he was commissioned to paint Queen Victoria Eugenia in Seville, and then the following year when he painted the Alhambra for the first time.

On these visits, Sorolla had been so mesmerised by the Andalusian gardens that he brought his wife Clotilde and his two daughters, María and Elena, on a third trip in 1910 in order to share with them the beauty of the region. He wrote in a letter dated 27 February 1910 to Archer M. Huntington: ‘I´m here again, this time with Clotilde and my children, who don´t know Andalusia. This trip gives María the opportunity to escape the cold winter in Madrid, and whilst we are here we are going to go to Granada, Ronda and Algeciras.’

During that year, Sorolla was also organising his major exhibitions with the Hispanic Society of America in New York, Buffalo and Boston, which proved to be very successful. For the two exhibitions held the following year at the Art Institute of Chicago and the Saint Louis Art Museum, Sorolla had to create an entirely new portfolio. Thus, he took to Seville’s beautiful gardens including the Alhambra and the Generalife, before setting off once more to Malaga.

The present work depicts the beach of La Caleta, where Sorolla spent several days painting with his daughter. The work conveys the harmony between the blue of the sea and the sky. In contrast to Sorolla’s summer beach scenes of Valencia and Jávea, the atmosphere here is more mellow and sedate. Nevertheless, the subdued palette and lulling brushstrokes of the foam on the surface of the sea render this work highly emotive.