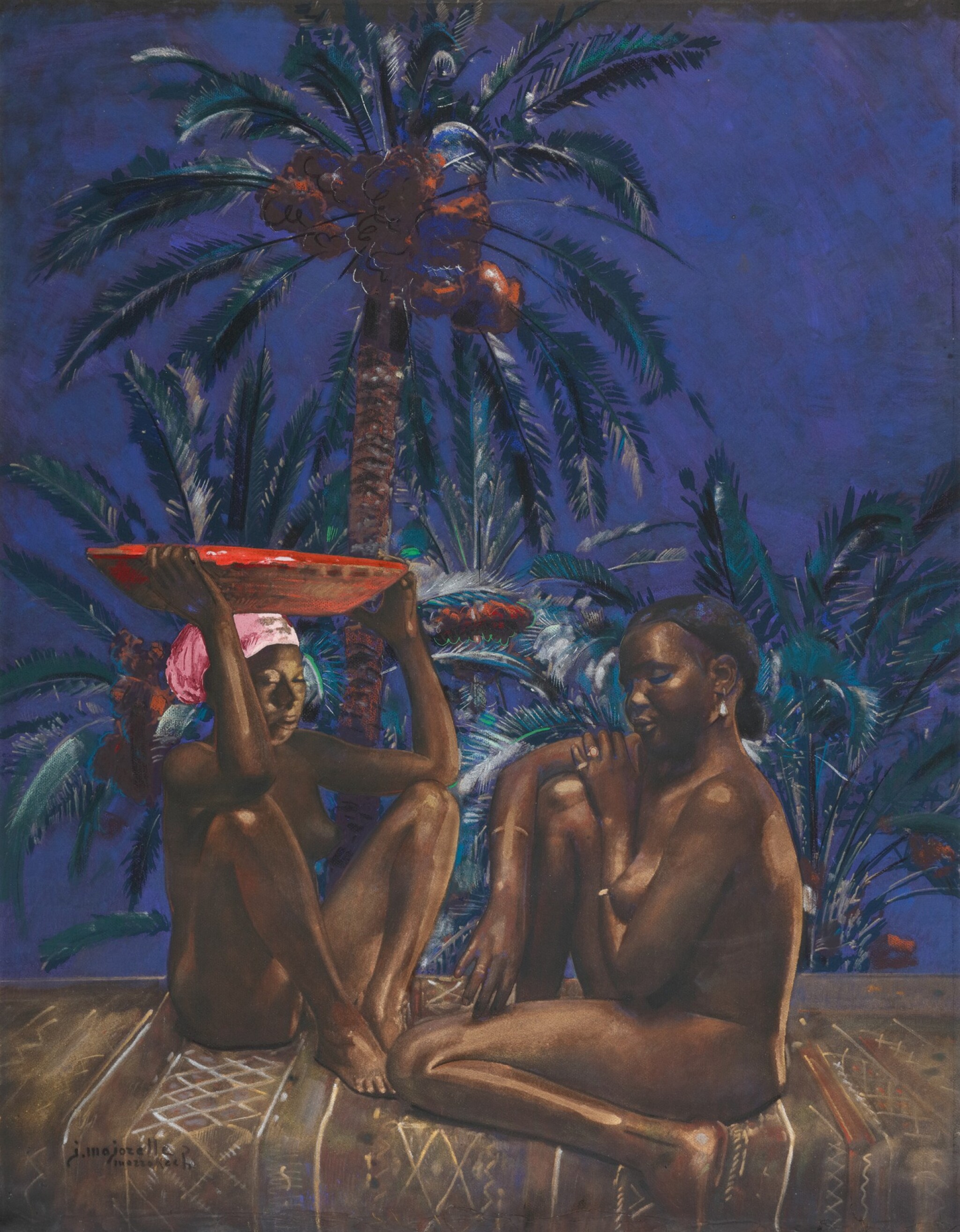 The Moonlit Magic of Majorelle’s Morocco

The artist's medium is strong. Colours are vibrant and well preserved.

The artist's sheet is somewhat undulated and has been hinged to a backing board along its edges thus preventing inspection of the reverse. With the exception of some pin-head sized holes visible along the four edges and of some old repaired tears along the lower framing edge and in the upper right corner respectively (all of which are covered by the frame), this work is in good condition and is ready to hang.

Please note the amended literature for this work. Please refer to the online catalogue for additional information.

Purchased by the present owner circa 2009

The son of celebrated art nouveau furniture designer Louis Majorelle, Jacques Majorelle introduced a whole new pictorial language to the genre of Orientalism, founded on the latest art deco currents and notably the work of Henri Matisse. Adopting a revolutionary fresh style and experimental mixed media techniques including the use of powdered metal pigments to give the surface of his paintings their distinctive reflective qualities, he drew inspiration from the local Moroccan tribes, their costumes, and traditions, as well as the landscapes of Marrakech and the Atlas Mountains. The present work is striking not only on account of its scale and vibrant palette, but for being a nocturne, the chiaroscuro and moonlight reflections on the women's skin lending the painting a sense of drama and mystique.

Majorelle received his art education at the Ecole des Beaux-Arts in Nancy and later at the Académie Julian in Paris. He first exhibited at the Salon des Beaux Arts 1908. In 1917 he travelled to Morocco, falling in love with the colours and quality of light of Marrakech where he settled permanently. In 1923, Majorelle bought a four-acre plot on the border of a palm grove and began planting a luxuriant garden. Initially, he built a house, the Villa Bou Saf-Saf, in the Moroccan style but in 1931 commissioned architect Paul Sinoir to design a Cubist villa within the grounds. In 1937, he painted the villa in a unique shade of blue, which he finessed after being inspired by the blue tiles prevalent in southern Morocco. Majorelle used the colour, which now carries his name, Majorelle Blue, not only in his house and garden, but in his paintings too, including in the present work to evoke the night sky.