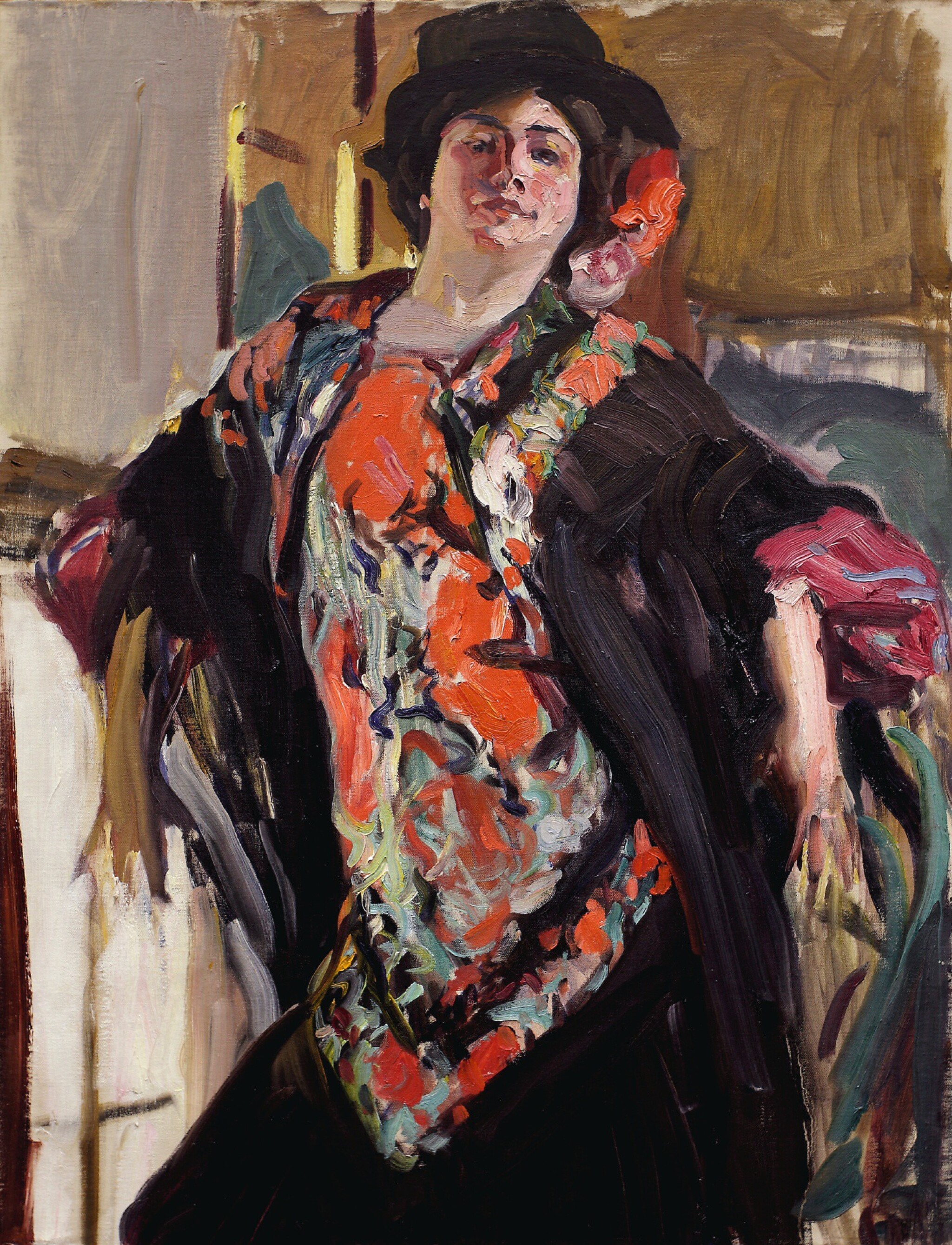 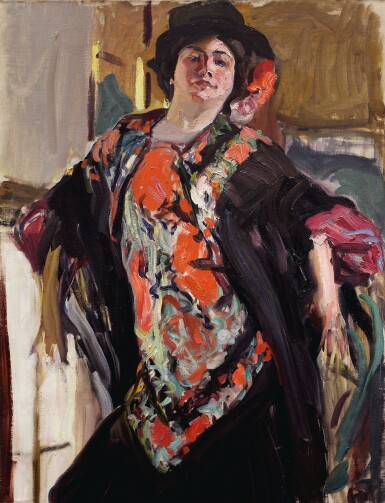 The canvas has not been lined and is securely attached to a keyed wooden stretcher.

With the exception of clusters of small, thinly applied spots of cosmetic retouching in the white pigments in the lower left quadrant, as visible under ultra-violet light, this work is in very good condition and is ready to hang.

Presented in a gilt frame.

María Sorolla (the artist's daughter, by descent from the above)

Francisco Pons-Sorolla y Arnau (by descent from the above)

Private collection, Spain (by descent from the above by 2011)

The commission Sorolla received in 1910 for the Hispanic Society of America required him to travel extensively around Spain’s regions. Though he never lost the sense of purpose behind his trips, Sorolla took immense pleasure from them, especially those to Seville. He fell in love with the city. He would spend his days painting the gardens of the Reales Alcázares, his nights at the Café Novedades taking notes and sketching gypsy girls. The enjoyment Sorolla took in his travels emanates from his work. Archer M. Huntington, who had commissioned Sorolla for this project, visited Sorolla on 1 January 1918 and wrote in his diary of his great satisfaction with Sorolla’s work thus far: 'It is going to be exactly everything that I had hoped and dreamt of, a representation of Spain by provinces. It holds artistic and educational meaning and will fill the entire space.'

In the years 1917 and 1918, while still working on the monumental cycle, Sorolla took two trips to Seville. The first was to hunt with King Alfonso XIII, the second to accompany the Ministers of Guatemala. Sorolla was clearly an important and well-respected man who held certain political responsibilities, but he often felt torn between his obligations to his profession and his family, and frequently wrote of this in letters to his wife. On 1 April, before returning to Madrid, he wrote: 'I am downbeat yet happy about leaving Seville today, because whilst I wish you were here with me, I am looking forward to seeing you.'

In the present work, there is a great contrast between the dancing figure in the foreground and the window in the background, creating a strong sense of three-dimensionality. The painting is also exemplary of Sorolla’s remarkable ability to capture the fleeting moment. With the use of unrestrained, broad brushstrokes and the vibrancy of the figure’s clothing in opposition to the muted background, Sorolla renders the movement of the tassels on the figure’s Manila shawl and the sensuality of her body’s movement as she dances.

The authenticity of this work has been confirmed by Blanca Pons Sorolla, who will be including it in the forthcoming Sorolla catalogue raisonné (BPS 3015).