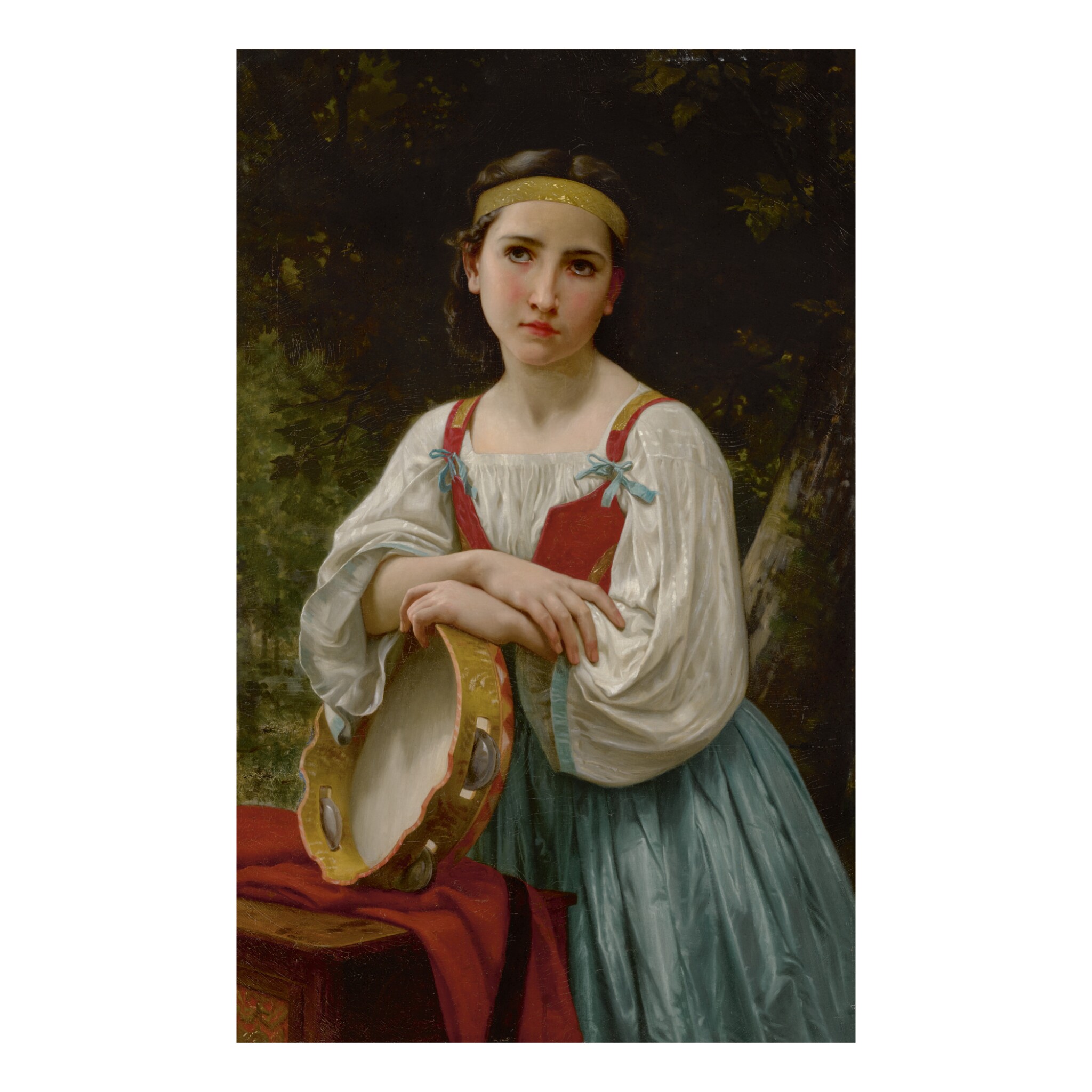 In the 1850s and early 1860s, the influential art dealers Paul Durand-Ruel and, later, Adolphe Goupil were instrumental in steering William Bouguereau away from his dramatic religious and Neoclassical scenes toward gently moralizing genre works which held greater public appeal. As a consequence, Bouguereau found enormous success and demand for his works often outweighed his supply.

As Bouguereau prepared each painting he worked out the details by making careful drapery studies and detailed drawings of hands, props and facial features, and often tracings, cartoons and oil sketches were used to work out the overall composition. With all of this preparatory work complete, and even after a composition was finished and sold, Bouguereau would frequently return to the subject and paint a réplique or réduction. These were made throughout his career and are frequently seen in the 1860s, when the present work was painted as a réplique of Bohémienne au tambour Basque (1867, Private Collection). Both versions were purchased from the artist by Goupil within two months of each other in the summer of 1867. The first was sold to a European Private Collector and the present work was acquired by Robert Hué of New York, who may have requested the réplique after missing an opportunity to acquire the other.

In his tireless quest for beauty, armed with an unrivaled technical virtuosity, Bouguereau has rendered an idealized vision of a young bohémienne lost in thought. Peasants, travelers, shepherds and gypsies all provided popular subject matter for artists in the nineteenth century. As more people relocated to industrialized cities, urban audiences viewed their pastoral counterparts with fascination and probably envied what they perceived to be a humble, uncomplicated and more gratifying way of life. As Fronia Wissman writes: “City dwellers, from the time of Theocritus in the early third century B.C., have viewed people living in the country with a mixture of alarm and envy. In the pastoral tradition the peasant was seen to possess a simple and honest character, living an equally simple life, in tune with nature and apart from, even ignorant of, artifice” (Fronia E. Wissman, Bouguereau, Petaluma, California, 1996, p. 46).

The sitter for this work is Carmen d’Agostino, an Italian model who Bouguereau painted on more than one occasion.