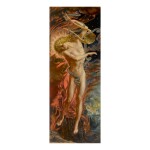 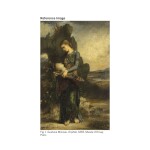 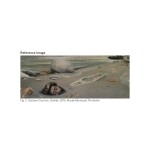 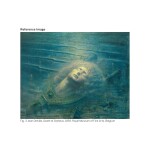 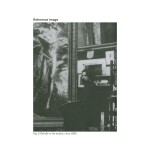 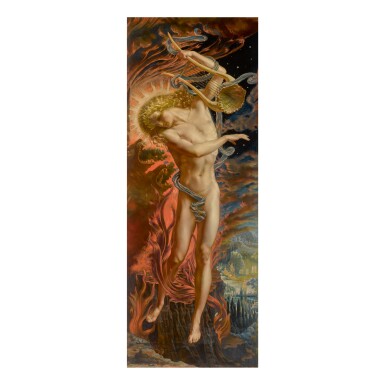 Brendan Cole, Jean Delville: Art Between Nature and the Absolute, Newcastle-Upon-Tyne, 2015, p. 124, illustrated in a photograph of Delville's studio p. 204

Painted in 1896 at a pivotal moment in the artist’s career, Orphée aux enfers is among Jean Delville’s most ambitious paintings and a poetic assertion of the power of art. Widely considered to be one of the most important figures in the Belgian avant-garde at the fin-de-siècle, Delville is known for his poetry and philosophical writing as well as for his painting, which was central to the development of Symbolist art.

Delville began his studies at a young age, attending drawing classes at the Académie Royale des Beaux-Arts in Brussels in 1879 at the age of twelve. In 1883 he devoted himself entirely to his artistic training and applied to the renowned studio of Jean-François Portaels. Initially rejected on account of his young age, Delville triumphed through his entrance exams and was winning Academic medals and awards across categories by the age of only seventeen. His early works from this period tended towards Realist traditions, but by the late 1880s he adopted more religious and mystical themes, drawing on Classical and literary narratives as seen in Tristan and Yseult (1887, Musée royaux des Beaux-Arts de Belgique, Brussels). At this time he was exhibiting at L’Essor, a progressive outgrowth of the Brussels Academy, alongside artists such as Fernand Khnopff, James Ensor, and Theo van Rysselberghe, and in 1892 was invited to participate in the inaugural Salon de la Rose + Croix in Paris. As Guggenheim curator Vivien Greene describes the exhibition: “a call to arms for the worship of beauty, the Salon de la Rose + Croix was founded in Paris by the eccentric Symbolist author and critic, Joséphin Péladan. The Salon privileged a hermetic and numinous vein of Symbolism, which reigned during the 1890s when Christian and Occult practices were often intertwined in a quest for mysticism undertaken by many who yearned for a new centrality of faith. The Salon aimed to transcend the mundane and material for a higher spiritual life” (Vivien Greene, Mystical Symbolism, The Salon de la Rose + Croix, 1892-1897, New York, 2017, p. 15).

The myth of Orpheus has provided inspiration to artists for centuries and was especially popular among Symbolists who “embraced the figure of Orpheus – martyr, savior, mediator of the earthly and the divine, and archetype of artistic genius” (Greene, p. 27). The narrative varies among sources, but the most represented legend tells of his wife, the wood-nymph Eurydice, being fatally bitten by a snake. Refusing to accept her death, Orpheus journeyed from his home in Thrace to reclaim her from the Underworld, taming Cerberus, the three-headed guard dog of Hades, to gain entry (the scene which inspired the present work). Charming Pluto and Proserpine with his lyre and music, they allow Eurydice to leave the underworld with Orpheus, provided that he does not look at her until they return to the light; unable to overcome his temptation, a misguided glance at his wife banished her into darkness forever. The death of Orpheus has also been a potent source of inspiration, as he is eventually ripped apart by maenads leaving his still-singing head to float down the river Hebrus and out to sea, washing ashore on the island of Lesbos. The image of the severed head appears often at the fin-de-siècle, notably in Gustave Moreau’s large and influential canvas, Orphée (1865, Musée d’Orsay, fig. 1), where the poet’s head rests on a lyre and is gazed upon by a young woman. In Gustave Courtois’ Orphée (1875, Musée Pontalier, fig. 2) and in Delville’s earlier work, La Mort d’Orphée (1893, Royal Museums of Fine Arts, Belgium, Brussels, fig 3), which he presented as a centerpiece of the 1893 Salon de la Rose + Croix, his head is poignantly presented in isolation.

In 1892, Delville broke from L’Essor and founded the group Pour l’Art, an avant-garde Symbolist salon which he intended to run parallel to the Salon de la Rose + Croix in Paris, and he showed La Mort d'Orphée again at the second Pour l’Art exhibition in 1894. Upon viewing this exhibition, critic Ernest Verlant wrote: “we are able only to express praise in front of Orphée, a dead head floating between the shafts of a large lyre; in front of Elegia, a long and supple female body appearing under the spurting and cascading waters of a fountain” (as quoted in Cole, p. 93).

As a consequence of these exhibitions, Delville was well-known within avant-garde circles by the mid-1890s, though he struggled to support a growing family. In 1895, encouraged by his friend, sculptor Victor Rousseau, he entered the Belgian Prix de Rome competition which came with a generous bursary and the opportunity to study in Italy at the expense of the state. His peers in avant-garde circles were surprised by his decision, with fellow Belgian painter James Ensor disdainfully writing in Le Coq Rouge and the critic Léon Hennebicq criticizing the hypocrisy of Delville’s participation in the competition, deeming it a betrayal of his ideals and his opposition to the conservative powers of the Académie and the Prix de Rome (Cole, p. 106). Nonetheless, Delville won, and the experience was critical to the development of his idealist aesthetic which bridged the classical with his idiosyncratic philosophy. While in Italy, he produced his masterpiece L’école de Platon (1898, Musée d’Orsay, Paris) and the extraordinary Orphée aux enfers, the present work.

At this time, Delville sought distance from Péladan, and founded yet another exhibition society, the Salon d’Art Idéaliste, in 1896. Its philosophy was marked by a rejection of Realism in favor of transcendence, and Delville saw himself as a spiritual leader, assuming that art had a responsibility to overcome materialism and move into the realm of the ideal. Orphée aux enfers was a star of the second Salon d’Art Idéaliste exhibition, in 1897, and Verlant was quick to note the influence of the Renaissance Masters on the artist, comparing the pose of the Orpheus figure to Michelangelo’s statue of Victory, originally destined for the tomb of Julius II (1532-1534, Palazzo Vecchio, Florence). He further wrote that “M. Delville shows himself to be achieving greater harmony and level-headedness than ever before … into this classical subject matter, M. Delville has invested his classical qualities, and even to some extent into the search for form. We assert that his talent must have benefited from his time in Italy” (quoted in Cole, p. 124).

Orphée aux enfers exemplifies Delville’s distinctive style. The stylized figure hovers in an astral plane, overcoming the physical limitations of the real as he descends into the underworld. The pose is reminiscent of Henri Peinte’s sculpture Orphée endormant Cérbère (1887, Musée d’Orsay, Paris, fig. 4), which Delville may have known through its exhibition at the Salon of 1888, or the Paris Exposition Universelle of 1889. While earlier Symbolist representations of Orpheus focused on the disembodied head, suggesting that the mind and spirit are disconnected from the body, Delville unites the two in Orphée aux enfers. With a lyre in his left hand and a laurel wreath upon his brow, Orpheus becomes an emblem of artistic endeavor, as both heroic and divine. The gracefully contorted body appears suspended between the star-filled heavens and the flames of hell, between the gaping jaws of Cerberus and a delicately rendered vision of Elysium. While the painting is certainly a personal and poetic illustration of the artist during this moment of transition, refining his philosophy of l’Art Idéaliste, it is also a universal symbol of the transformative power of creative expression.