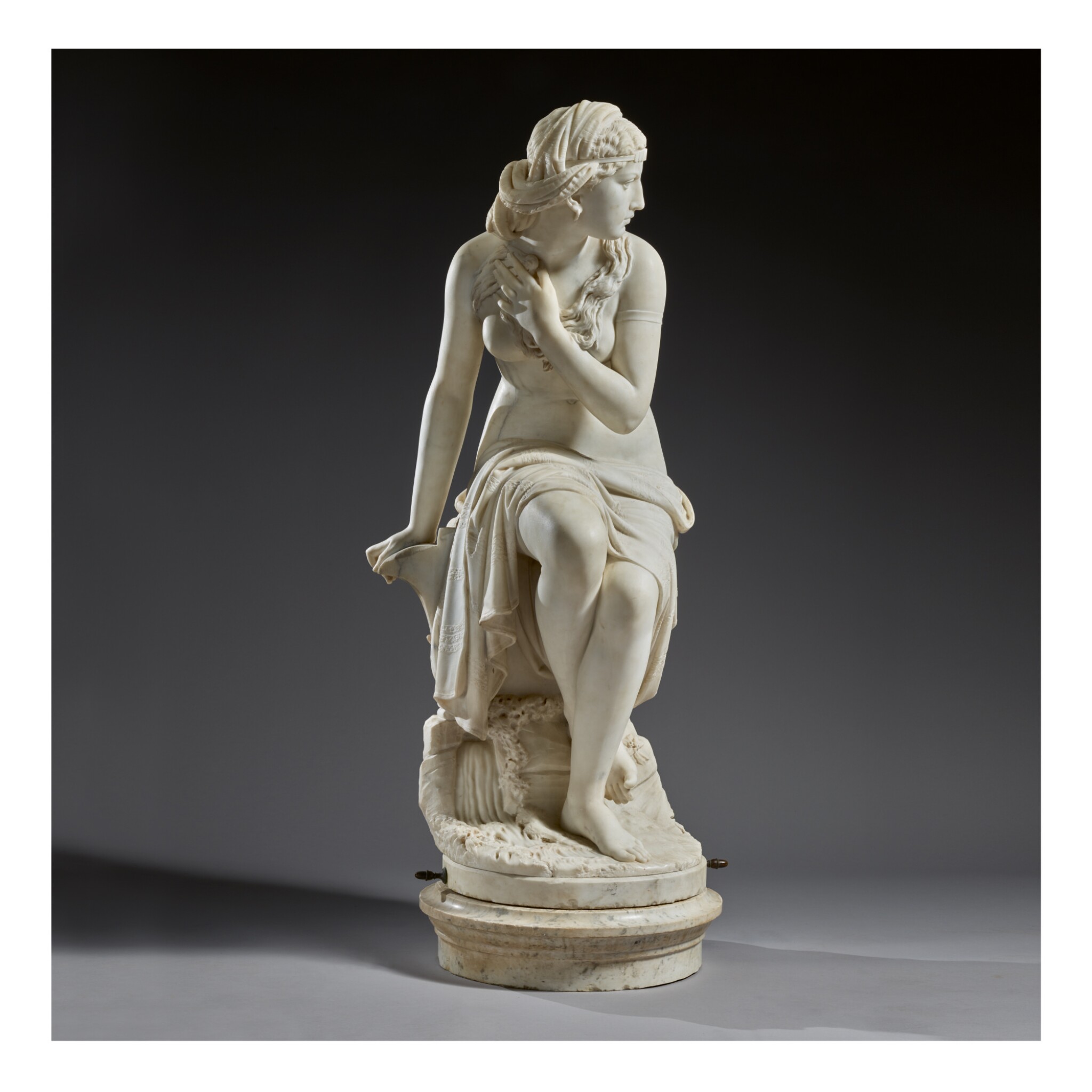 ﻿signed and dated on the back of the rockwork base: GB. Lombardi F./ Roma 1872

Naturally occurring inclusions in marble. Some standard surface abrasions, minor chipping, and small losses around edges of base and reverse. The base appears to have been made in several different parts. Some scuff marks particularly around the back. Beautifully carved. Overall good surface and good condition.

After studying in his hometown of Rezzato and in Milan, Giovanni Battista Lombardi (1823-1880) traveled to Rome where he studied at the Accademia under Pietro Tenerani, one of Thorvaldsen's leading students. Lombardi soon established a productive studio of his own, which he shared with his younger brother, but Giovanni was the more inventive of the pair. He produced busts, funerary and commemorative sculpture, as well as large subject pieces, both religious and secular. For many of his quasi-religious themes he favored individual female subjects such as Deborah, Rebecca, and as in the present marble, Susannah.

Lombardi's style is one of Romantic realism and he had a penchant for orientalist themes. His talent is manifest in his naturalistic marble carving, particularly in the detailed costume and attributes of his subjects. Lombardi's most prestigious commission was the monument to the Martiri del 1849 for Vittorio Emanuele II in 1862 (Brescia).