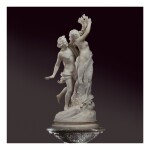 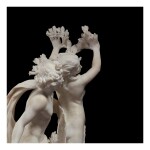 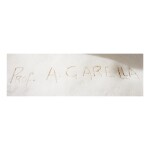 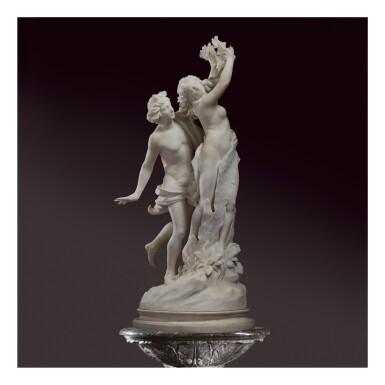 Property from the Private Collection of Richard Tyler

Property from the Private Collection of Richard Tyler

General standard wear, minor chips, and small losses particularly to some tips of leaves. Two fingers on Apollo's proper right hand have been restored. There are some naturally occurring inclusions in the marble. Minor wear and minor chips on base.

Antonio Garella studied at the Accademia di Belle Arti in Florence. He completed a number of prestigious monumental commissions including a sculpture of Garibaldi in Pistoia dating to 1904. He contributed two statues to the Vittorio Emanuele II monument in Rome: L'Archtitettura and La Musica.

Garella's Apollo and Daphne was made after the 17th century monumental marble group by Gianlorenzo Bernini in the Borghese Villa, Rome. The story, taken from Ovid's Metamorphoses, describes the chaste nymph, Daphne, and the young god Apollo, who is bewitched by Cupid to fall in love with the nymph. Apollo pursues her and she prays to her father, a river god, who turns her into a laurel tree in order to avoid Apollo's advances.

Here, as in the Bernini marble, Garella has sensitively carved Daphne's feet and hands as they transform into leaves and branches. Ovid describes how even during this transformation, Apollo, Daphne's divine aggressor, can still feel the beat of Daphne's heart beneath the branches.