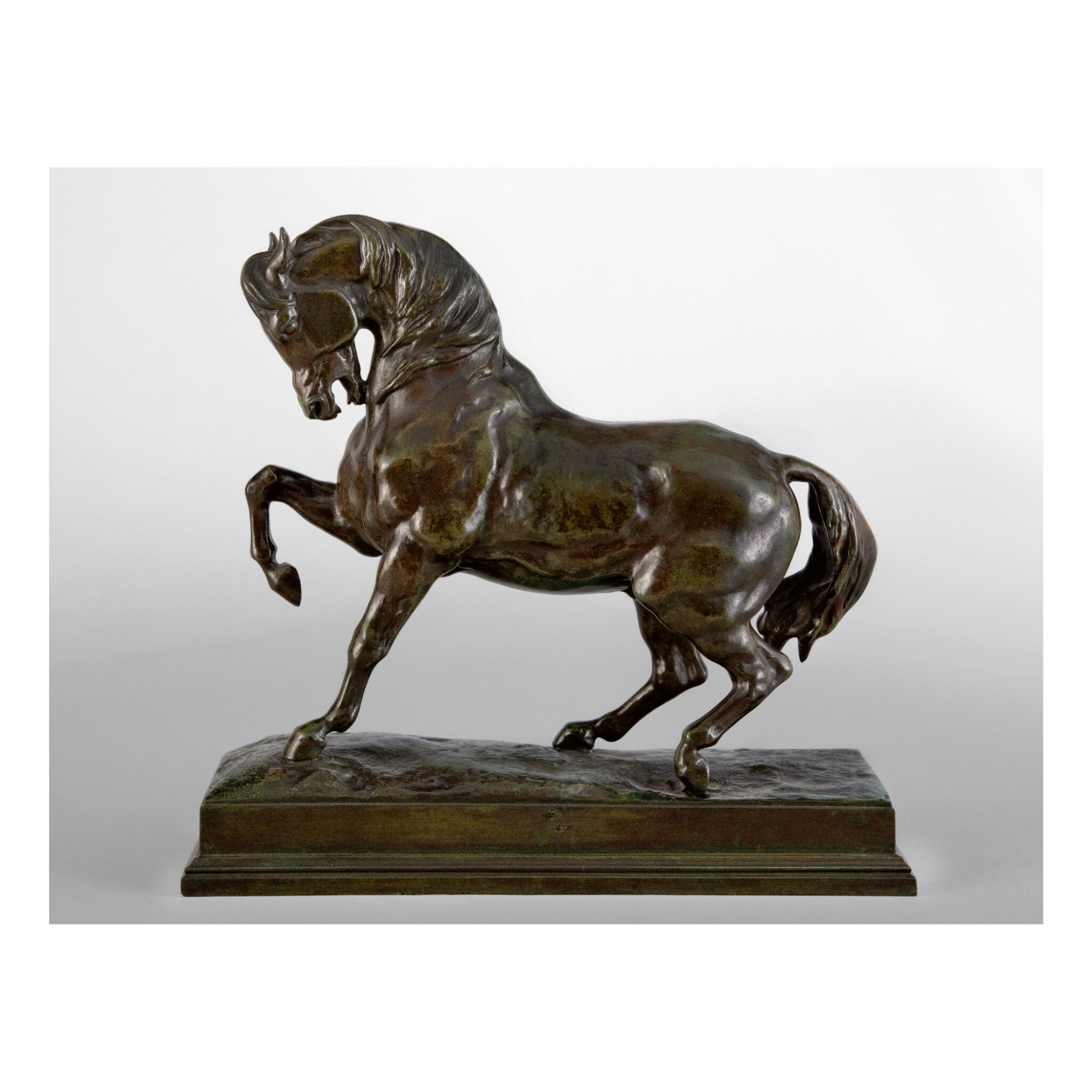 Greenish patina with brown. Standard surface abrasions and rubbing. A rectangle appears to be lightly incised on underside of belly of horse.

'Le Michel-Ange de la Ménagerie' was the tribute given to Barye by the celebrated French art critic Théophile Gautier. Considered the inventor and undisputed master of animalier sculpture, Barye created an exceptional oeuvre parallel to that of his friend, the painter Eugène Delacroix. The Cheval Turc is generally regarded as the model which most powerfully epitomizes his unique sculptural vision.

Barye learnt his sculptural technique in the studio of François-Joseph Bosio, a favourite sculptor of the Napoleonic court. But perhaps the most formative studies Barye undertook were his own visits to the Paris zoo, the Jardin des Plantes, where he sketched the animals directly from nature.

The Cheval Turc triumphantly presents Barye's supreme grasp of anatomy and drama and, as the author of the 1844 Besse catalogue wrote, "the only feeling that one can experience upon seeing it is a deep admiration both for one of nature's most noble creatures and the talent of its delineator."